Best-selling urban romance author, Porscha Sterling knew early on that she had a special love for writing. With having written over 30 novels, Sterling has overcome many challenges life has thrown her way in order to achieve all the success she has endured. On top of being a best-selling author, she is also a publisher and entrepreneur who has made it her mission to help others pursue a professional writing career. This year, Porscha Sterling will be honored at Sheen Magazine’s 2019 Kimmie Awards with the Literary Excellence Award! In this exclusive interview with Sterling, she opens up to us about her journey to success and reveals her upcoming projects!

Do you mind telling our readers a little about yourself? What led you to become an author of your best-selling urban romance series?

Well, my name is Porscha Sterling and I have written over 30 or so novels in the last seven years that I have been writing professionally. I also have a publishing company, Royalty Publishing House, which just turned five years old this month! During this time, Royalty has published over 800 books. We’ve sold millions of copies so I feel very blessed to be able to make a living doing the thing I love the most.

I started writing very early on. My grandmother and aunts raised me and were very strict about what they allowed my brothers and me to be exposed to (laughs). There was no cable in the house, we went to the library often, and she actually bought me my first word-processor. That’s how I began writing.

Later on, I went to school for business. I moved to Chicago for graduate school. Right before moving, I discovered that I was pregnant with my first son. In Chicago, I had a lot of struggles. I was homeless for a while studying to receive my master’s degree but I think what drove me was the fact that I knew I was expecting a little one. I knew I needed to have my education to fall back on to get me through. After graduating, I had a lot of hardships and that’s when I picked writing back up as a way to relieve the stress I had going on in my life, that’s when I completed my first urban romance novel and had it published. It started off as a hobby; I didn’t have a lot of high hopes of where my writing would go. My goal was just to get one person to read my book and say that they loved it! It was basically therapy for me. That book titled, 3 Queens, debuted at the top of the charts for African American urban romance and I think that’s when I realized that I could do what I love, working in my passion, and be able to support myself in that way.

In addition to being a best-selling author, you are also a publisher and entrepreneur. What made you want to tap into so many different roles and how are you able to juggle so much on your plate?

I have to be really honest, it’s extremely hard (laughs). I’m also a wife and a mother of two boys now. I have to be really disciplined and realize that there are just certain things that I can’t do and places that I can’t go because I have to make sure that my business is in order first. Writing is such a personal thing for me. I’m careful about who I let around me because the wrong energy can send me right into writer’s block. I really remain disciplined about everything, even about certain food that drains my energy (laughs). It’s really easy to get sidetracked when you’re your own boss so discipline is a must!

After starting Royalty, the company took off and grew really fast so I was able to eventually step out on faith and focus on writing and publishing full-time. My husband was very influential and supportive in me feeling comfortable to make that decision. Although writing is fun because I love it, a lot of discipline has to come with being successful at it. I am an avid reader to keep my mind going, stay inspired, produce, and to learn more. I joke all the time about how I study more now that I am out of college than when I was in college (laughs), it’s true though! It gets tougher to make sure that I’m always on top of things and really focused. As I launch additional businesses, I get involved with a lot of other areas of business and I just thank God I have a strong team that supports me, that makes all the difference! I don’t believe there is anything I can’t do without proper preparation, for that reason, I’m not afraid to take on things when the opportunity presents itself. 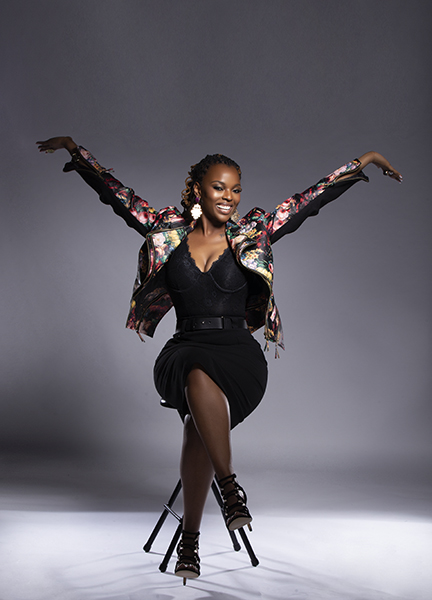 Congratulations on being The Literary Excellence Award recipient for the 2019 Kimmie Awards! How does it feel to be honored with this award?

Thank you so much! I’m still in awe really. Sometimes, you just get so caught up in all you’re doing and all the goals that you have for yourself that you don’t really get a chance to step back and think about what you’re actually doing (laughs). Receiving this honor really gave me a chance to put things in perspective and be proud of all of the things that I’ve had to do along the way. I tend to be really hard on myself about all that I do, which I feel is very important. It helps you stay on top of your game and stay humble. Receiving this award allowed me to take a step back and appreciate the journey I’ve had to get to where I am today.

Can you give us insight into any upcoming projects you may have up your sleeve?

Yes! There are. I just finished my next novel, Gangland which I co-wrote with my husband, Leo Sullivan. We are in the final stages of editing and getting it done. It’s been hectic! I’m also working on my next solo novel, Bad Boys Love Good Girls, it is based on my best-selling series, Bad Boys Do It Better, that will be out soon.

Gangland is an incredible story. It is about a young girl named Star who is trying to navigate through life and achieve great things but she unexpectedly gets caught up in gang life. It takes place in Chicago, which was where I received my masters and my husband actually grew up. We have a lot of different experiences with the city that worked together well for this novel. Star is a fighter; the book shows how difficult it is sometimes for people to escape after being sucked into certain environments. On the other hand, you have Kato, the other character in the book who is also in a gang and one of the leaders. He’s basically the epitome of every stereotype that society places on people who grow up in poverty and end up entering into a life of crime. He and Star cross paths and you kind of see his growth throughout the book in how he realizes that where he is and that the decisions he’s made do not define him. It’s a complicated love story but I love it because it shows the struggle that a lot of people go through when they’re gifted with life but challenged to live it within the most difficult of circumstances.

You’ve already accomplished so much in your life, what’s next for Porscha Sterling?

I’m really just grateful for everything. I have so much that I would still love to do. Leo and I created an app called the LiT Reading App, we’ve been working on it for a while. It has been really successful thus far and we are about to launch a new design April 1st. I am excited about that because it opens up a lot of doors for unknown and aspiring authors to have their work read. It allows them to follow their dreams the way I have been able to do. I also have some other things coming up that I haven’t announced but I am super excited because there are a lot of different projects that I have been working on for a while. Keep up with everything that I’m doing by visiting my website as well as following me on social media pages. 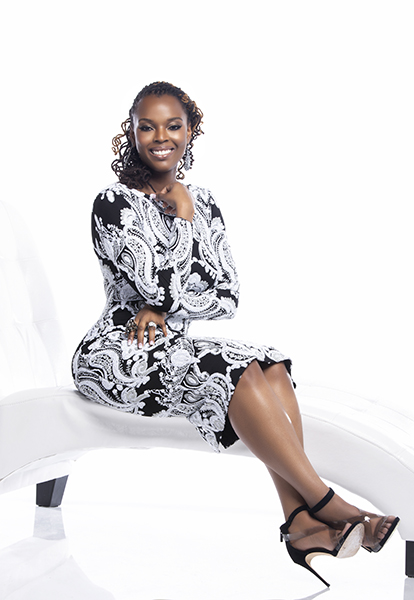 Stay connected with Porscha by following her on

All images by Drea Nicole Photography