The self-produced show titled, Major Moves with Tyrah Majors features anyone who is making “major moves” whether they be an entrepreneur, artist, designer, non-profit organizer, or anyone that is making a difference and a positive impact in the world.

First to create a talk show centered on entrepreneurship, Majors considers it to be a driving force for those who want to build a brand and are just looking for a little inspiration to do so.

“If there is one thing I know, it is that young people have so much power to influence other young people, especially in today’s culture of social media,” Majors said. “They tend to be driven and feel inspired when they see great things done by people like themselves.”

A range of business boomers from app creators to fashion designers have shared their story on Major Moves with Tyrah Majors. In her first episode, Majors spoke with two 24-year-olds about their journey in starting “Bev,” a rose wine company made by chicks.

The show is filmed in a TV studio at the University of Southern California (USC), where Majors is a full-time graduate student. As a journalism major, she is the very first student at USC to launch their own talk show on campus in this format.

Aside from producing and hosting her newest venture, the San Diego native is also a children’s book author. She published her first book titled “Grammy and Me” in 2017, telling the story about a young girl spending the day with her grandmother. The book centers on family values and bringing characters of color into the forefront of the children’s media landscape.

Born and raised in San Diego, California, Tyrah Majors has grown her experience in the profession with news outlets including NBC, Tribune, and MUSE TV. Recently she shared with me her journey thus far with starting her show. 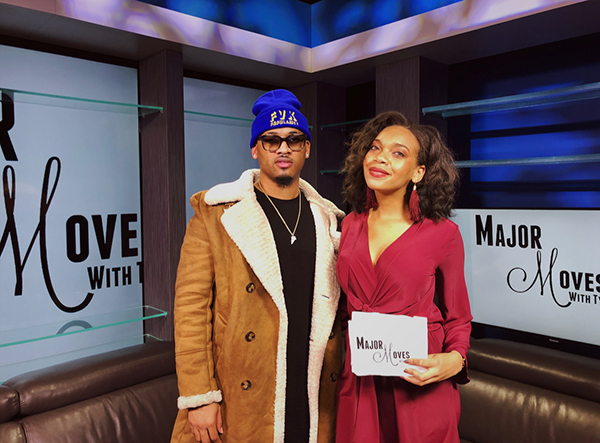 What inspired you to start your talk show?

Major Moves is something people would call me throughout undergraduate school, as a playoff of my last name. After I wrote my book, everyone started saying it because they thought it was a “Major Move.” So then I thought: there are so many people out there in the world doing great things and making moves, and it inspired me. I see it in my friends and family especially. I love telling stories and discovering new talents, so I figured why not give other people who are making “Major Moves” a platform to share theirs!

What do you enjoy most about creating a platform for entrepreneurs?

It’s such a popular trend these days to start your own thing and build your own brand. There’s no problem with having a supervisor or working for a corporation, however, I’m seeing this decrease more and more as the new generations start to enter the workforce. Everyone wants to start their own “thing,” and there are so many cool ideas just waiting to be shared! My favorite part about this job is giving those who are just starting out with their business, a platform to share their creativity and thinking. I like giving the up-and-comers their shine time because frequently they’re slept on. Many times credit is only given to those with a blue verified check

What do you want to accomplish next in your career for 2019?

Well first off, finish my master’s degree. Throughout the rest of the year, I want to continue to grow my platform, so the stories I report (that hopefully inspire people) reach a mass audience. I also am writing a second children’s book that I hope will be published by the beginning of 2020! 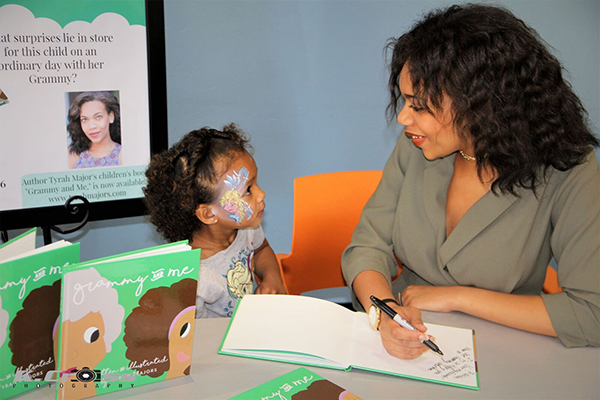 What motivates you to keep going daily as a young entrepreneur in media?

Every day I’m motivated by doing this job, being self-sufficient and seeing the reaction. I’m always looking for new content, ideas, and innovations that’ll hopefully be the foundation to doing what I love forever.  I look at others in the media industry who are in high positions of power and influence and think to myself, ‘wow, if they can do it, so can I. Also, I don’t know where I would be today if it wasn’t for the continuous support and advice from my family.

How did you deal with any critics when you announced you were starting your show?

Omg! I got so much criticism when I was first starting up this show. “No one is going to watch this, talk shows are for old people.” “You’re not going to get any views on this,” and much more. I took those negative comments and disregarded them because I knew that if I didn’t pursue this, I would never know if I could. Now that I’m this far in, I don’t want to stop. Haters are always going to hate, you just got to keep on innovating!

I absolutely love to hear the stories of our young entrepreneurs that are getting out here and taking their skills to the next level!

Connect with Tyrah Majors on

All images provided by Tyrah Majors