Troy Taylor is considered a veteran when it comes to the world of music and the enterainment industry. Taylor is a three time Grammy award-winning producer who has worked with greats such as Boyz II Men, Aretha Franklin, and Whitney Houston! We caught up with him to discuss who has left a special mark on him and obtain his best advice for aspiring producers.

What made you want to get into the world of music as a producer?

Well first and foremost, music is in my blood. My father was a musician and so was my grandfather on both sides of the family. Number two, I started off as an artist and then I realized there was more freedom in being a producer than there is to be an artist. As an artist, you’re controlled more, under the command, if you will of the fans. As a producer, I can produce different artists and not feel restricted. 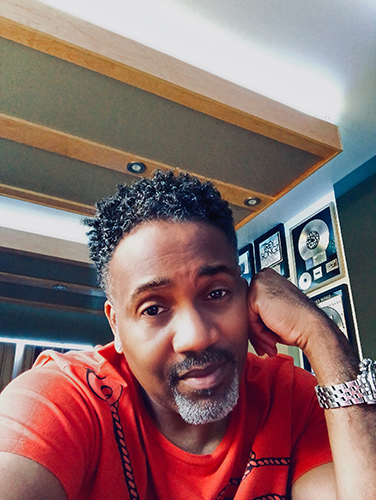 Is there any advice you could offer our readers who may want to get into the music world as an artist or producer?

I would say is to know yourself. Don’t lie to yourself. Know who you are before you get in this industry. Don’t look at the music industry to find out who you want to be. That’s not how it goes. Most people come in not dealing with their personalities beforehand so in other words, if there are people that have mental issues and don’t deal with it, the music industry is going to make it worse. Make sure you deal with who you are as a person before you try to be a musician, artist, or producer.

It’s a branding artist development company for Song Book Entertainment, my main company. It’s the development part of that company.

As an official OG in the game, I’m looking forward to rebranding myself and putting myself in the generation of R&B to bring back that quality. It’s so lost right now, a lot of the kids don’t know how to do bridges, arrangements, so it causes real R&B to feel a little older.

All images provided by Troy Taylor/Songbook/TTU