Chicago native, LaShawn Williams is an actor, producer, and writer. He first got his start in the music industry under Eddie Gypsy Stokes but quickly transitioned into the world of film and television when he moved to Los Angeles. Williams is most known for his roles in Slamma Jamma, The Rookie but in his newest project, Prescience he’s taking on the roles of starring in, writing, and producing! We caught up with LaShawn to discuss the many hats he wears and all about his new project!

Tell us about the movie, Prescience.

Prescience / Intuitions, follows a young lawyer, Isaac. Isaac is played by René Mena, seen in Shameless, Hand of God, Mayans M.C.Bright with Will Smith and many others. Isaac has been abused by his adoptive father Mathew, played by Oscar winner Eric Roberts, and coddled by his adoptive mother Kathlyn, played by Golden Globe winner Linda Gray. Throughout the film Isaac learns that he doesn’t know himself or what he truly wants. His sister Emily, is played by Vannessa Vasquez. She can be seen as the lead in East Los High,The Fix, The Brave, and Border Patrol. She is deeply hurt by men but can’t seem to live without them. Isaac’s three best friends are supportive Faith, played by Roxanne Dover, Ant, played by Daniel Garcia Carrillo and James (my character). James is stuck on hiding who he is and always holding leverage over Isaac’s head to make him feel like he owes James. James essentially goes about a lot of things like a bully. Mark, the love interest, is played by Mike C. Manning. Mike has been seen in God’s Not Dead: A Light in Darkness, Ice: The Movie, M.F.A., Teen Wolf, Cloud 9 and is currently working on the new horror Slapface with Jeremiah Kipp. This film stars August Maturo, Libe Barer, Mirabelle Lee, Bryan Enk, Chiara D’Ambrosio, Bianca D’Ambrosio. Mike, walked onto the set of Prescience and turned his role into something magical. The talent just pours out of him.

How was your experience starring in, writing, and producing this project?

When I first wrote this movie it was 67 pages. I didn’t think it would be picked up by Indican Pictures and Lionsgate nor did I think such amazing actors would love it enough to want to play these complicated and broken characters. James Helsing, the director, got a hold of the screenplay and saw something. He then helped write the remainder of the film and bring it all together with the help of a few other writers. Producing a movie at this level was outstanding and stressful. I learned so much and found a sense of satisfaction from it. From changing scenes and lines on the fly to chaotic days of running around with my head cut off, it was worth it. When it was time to take off my producer’s hat and step in front of the camera, I felt back at home again. It’s not easy playing different hats in a production. You can be in front of the camera and see stuff going wrong in the background and trust me, its hard trying to keep a straight face while the camera is rolling. By the time the film makes it to post productions, you come out a different person with a few grey hairs you’ve gained along the way. 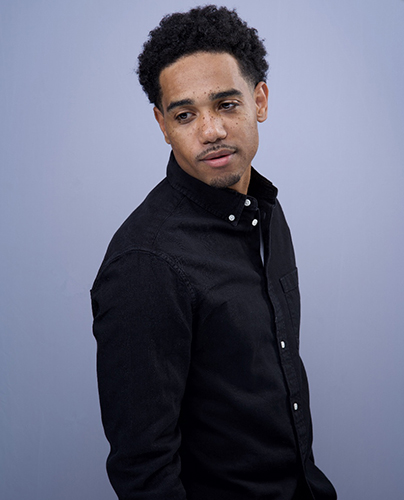 Is there someone that has left a special mark on you in the entertainment industry?

I haven’t worked with a lot of the greats on big screen or small. However, I have met and learned from a few amazing people. Jamie Foxx once told me at his home during a holiday party, “You never know who you are unless you test yourself.”  That has stuck with me and I push the envelope every time I work. I push myself to the limit and past that. I’ve had facetimes with Meagan Good about projects. This is when I found out her biggest passion is directing and what drives her. Sharing the screen with Keke Palmer and Kofi Siriboe gave me confidence. I focus more on working with new up and coming actors like Melissa L Williams who stars in Tyler Perry’s The Oval on BET and spinoff show Ruthless, also under Tyler Perry on BET Plus. Journey Christine, seen a lot on Disney and in the Netflix film, Let It Snow. There are countless other but naming them all will take all day, I think you get the point.

Yes, a feature film, It Takes A Village. I will be playing the lead, and it films in Big Bear, CA. I can’t give away too much but my character finds out his wife is pregnant and his cancer has returned. He attempts to get a group of old friends together in a cry for help and support and it all blows up in his face. It’s drama/comedy. I can’t release any names yet but I’m happy to say that it might be the biggest film of 2020. I’m also developing an 8 episode long TV series, shot independently. It is currently untitled but is set in a small town. It follows the lives of two dishonest cops, a doting drug dealer, an amateur vlogger, and a dysfunctional time traveler tangled in multiple tales of violence and revelation. It’s got drama, mystery, and Sci-Fi vibes. 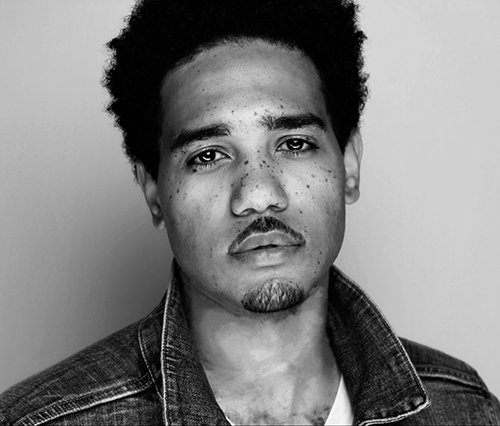 All images by Michael La Bomme