It’s fall time so you know what that means! It’s time to snuggle on the couch and tune into our favorite Hallmark films. If you’re big fan of the network like I am, then Romaine Waite is no stranger to you! The actor, who portrays Winston Sams in Hallmark Movies & Mysteries’ film series, Crossword Mysteries: Proposing Murder and  Crossword Mysteries: Abracadaver is a fan favorite and it’s clear to see why! We caught up with the actor to discuss what made him want to become an actor in the first place, his exciting roles, and much more!

I always love this question (laughs). I was born in Jamaica. I moved to Canada when I was young. I’m just a regular dude. One thing that people can’t Google about me is that one day I hope to open up a small restaurant. That is one of my goals in life outside of acting. It will be one of those things where I’ll switch up the menu in order to keep things interesting. It’s more about the feeling that I want to capture in the restaurant. There’s just something about creating comfort, joy, and satisfaction and I would love to capture that in a restaurant.

I enjoy riding motorcycles. My guilty pleasures include baked goods (laughs). I love cakes and cookies but my ultimate favorite is Cinnabon. It’s hands down my favorite baked good (laughs).

What made you want to become an actor?

The acting part of me is a little different because I didn’t get into it until I was older. I was involved in drama in high school but I wasn’t really an outgoing person. For whatever reason, acting and entertainment really didn’t cross my mind. Truth be told, your parents are always encouraging you to become a doctor or lawyer (laughs) so entertainment was never a thought. When I got older, I got the opportunity to be apart of theater production but it was an Indie film that a friend of mine did. They included me and after that, I really saw the possibility for me. That was kind of the catalyst to start the journey into acting. In terms of why? It’s fulfilling, I know that sounds cliche but it’s really about the internal fulfillment that really drives me.

How was your experience portraying Winston Sams for Hallmark Movies & Mysteries’ film series?

First of all, it has been a wonderful experience. I’ve done two films with them, the second and third installment. There are rumors that there will be more so I will keep my fingers crossed and see what comes.  It’s been a great experience. I play a rookie detective on the show alongside Brennen Elliott and Lacey Chabert. My character was a cop before and he is just young and eager. Brennen’s character, Logan takes him under his wing and so in a way, he has to prove himself although he is very confident in the way he solves crimes. With this particular show, they do have a traditional method to solve crimes but there is also that nontraditional method, which is the hook for the show. 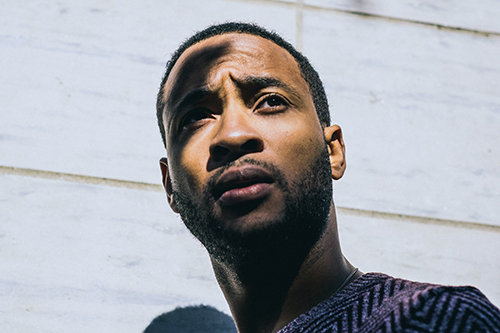 Can you tell us about your role as Bill Peters in the television drama, Frankie Drake Mysteries?

We’re in our third season now. It can be found on CBC Gem online or Ovation TV on the US. The show is based in the 1920s. It’s about female detectives taking on crimes that the police may not do or have time to look into. My character Bill works for the city so he has access to different records and things that can help assist those ladies in their investigations. I help my love interest Trudy Clarke and they work together. There’s a little romance in there as well but it’s a great series! I love the fact that they are promoting the impact that women have had in that time period and showing them in a positive light not just for inclusion in history but hopefully inspire women to see themselves in those positions.

I can say that I did a project for Lifetime and it’s about the Clarke Sisters which is a very prominent American Gospel group. It will come out next year! I play one of the husbands of the sisters. I am looking forward to that! The film is directed by Christine Swanson. It’s a really great film! 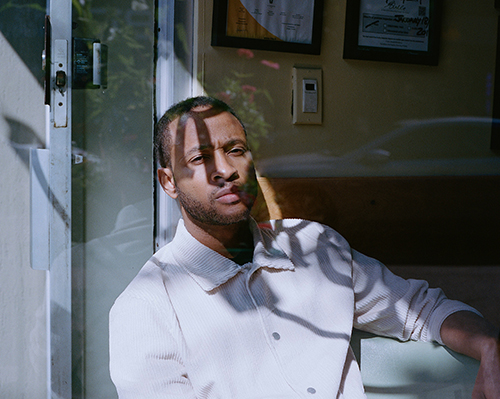