Actress, Gi Jane Discusses Her Many Roles In Life & Working Alongside, Samuel L. Jackson in the Film, ‘SHAFT’

Gi Jane is a young, ambitious actress whose name represents all that she has endured in her lifetime. On top of being an actress, she is also an army veteran, a celebrity mixologist, a beauty entrepreneur, and a cancer survivor. We wanted to sit down with the hardworking star to find out more about the different roles in her life, her exciting new role in the film, Shaft alongside Samuel L. Jackson, and what viewers can expect to see!

What made you want to get into the world of entertainment?

When I was younger, I was in a performing arts school as well as various programs. I actually got kicked out of that school because they said I could not act (laughs). I think I’ve always had a passion to do it but I never had the environment to act in. I’m originally from Ohio and there are not many opportunities for entertainment there. When I came to Atlanta about seven years ago, I got to see a lot more of the industry and it led me to act!

Tell us about your role in the film Shaft. What can viewers expect to see?

Well, this film is my debut and without giving away too much, I would say that they will definitely get to see me in a different atmosphere. Most people see me as a socialite, whether its music videos, the nightlife, you name it. In this role, I am kind of like the assistant/girlfriend to Shaft. He is definitely a man of many woman, a true lady’s man. In this movie, he finds out that he has a long lost son and that’s pretty much all I can tell you (laughs). Check out the trailer for SHAFT below!

You are also a celebrity mixologist and army veteran. What made you want to tap into so many different roles in life?

Mixology is kind of something that I’ve been doing as a hustle but it’s always been something that I’ve been good at. I’m very much of a people person so people are always saying that I have a great bar-side manner. I chose to take it to another level by hosting along with it and doing it at different big events. The military definitely taught me discipline. I wanted to get out of Ohio and prove people wrong. People always told me what I could and could not do. I’m a risk taker and a daredevil so I would say that that’s why I took on so many different roles in life. I’m kind of like a jack of all trades. If I see something out there that I want to do, I just have to go conquer it at that moment.

Are there any upcoming projects you could tell us about? Where do you hope to see yourself in the years to come?

I have a few of those. The bad thing about the acting world is that you can’t really give away what you are planning in your projects. I’m so excited about them though and I also have a couple of series projects on networks you may be familiar with. Personally, I have my own cosmetic line that is about to be released which I am very excited about! In the next few years, I just hope to continue to grow and hopefully, one day get a star on the Hollywood Walk of Fame. 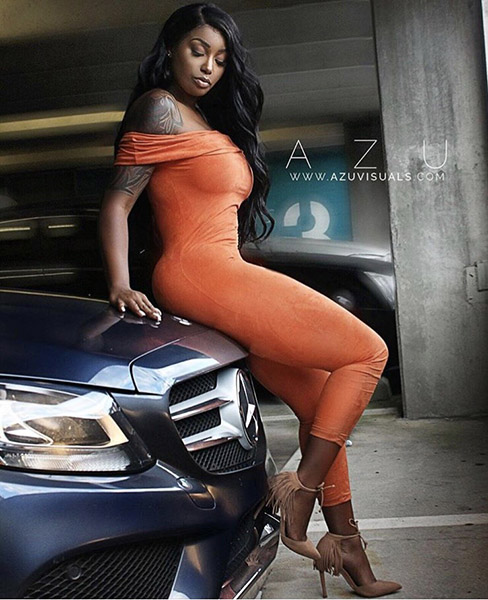 Featured Image by 2020 Photography | All photos provided by VLC Publicity