We had the opportunity to sit down with actress, Karimah Westbrook to discuss her exciting role in the upcoming film, BOLDEN. In an intimate conversation with Westbrook, she opened up to me about she takes advantage of her platform in order to bring awareness to the important things happening in our world from mental illness to the issues happening in the black community. Check out our exclusive interview below!

My name is Karimah Westbrook. I am an actress, writer, and producer. I was born and raised in Chicago but live in Los Angeles now. I’ve always been a creative person. I started acting when I was very young and as a teen, I decided to pursue it professionally. I wanted to have more opportunities in television and film so I knew that I needed to get to Los Angeles and thankfully, I was able to. I booked a job in Chicago for a movie called, “Save The Last Dance” and it helped me earn enough money to make the move to Los Angeles. I haven’t really looked back, I feel like it is apart of purpose and something that I’ve always enjoyed doing. Later in life, I started to write a little more and began producing just to be able to create more content.

Tell us about the upcoming, BOLDEN and your role.

BOLDEN is a film that started many years ago actually. It’s the story about Buddy Bolden, the man that created the sound of jazz from New Orleans. It is basically an account of what could’ve happened to him. There isn’t much documentation about him, there are a couple of books, and August Wilson mentions him in a couple of his plays. He is known but he is not well known. He’s inspired people like Louis Armstrong and this story is a slice of life of what happened to him and ultimately led to his demise. I play Alice Bolden, his mother and basically, I am mama bear. I’m protecting him or at least I’m trying to. It’s a period piece and takes place in 1907 so racism was still very prevalent. Like any parent or any mom, you want your children to be safe. I try to be his voice of reason through his journey with his gift that he’s exposing to the town that is attracting so much attention.

Why is it so important for you to highlight the struggles of mental illness and important factors happening in the world?

I think that those things need to be talked about. So many things in the past that are taboo have such a negative stigma but I think that its time that we do normalize mental illness in the sense that it’s not something to be afraid of or to look at in a negative way. The first step is admitting that it does exist and also for us to examine ourselves to see if there’s anything within us that we can possibly need help with. I think mental illness is a very broad term in a sense that under that term, there are so different things that can fall under that category. Someone that is being depressed, not thinking straight, or wanting to commit suicide are all things that fall under mental illness. They’re not thinking straight, they’re tired mentally and there is a lot of help out there for these things. I think that the conversation should be had and these things should be normalized because there is so much happening in the world today and with technology and us being introduced to so many different things on a daily basis, all of these things have an effect on us. It’s important for people to realize that these things do affect us. A lot of these traumas don’t have anything to do with us personally. You’re experiencing these traumas by reading about them so they have an effect on us mentally but then you also have your own everyday life. All these things take a toll on us mentally. It’s important to be an advocate for things like that so people can realize that it’s common, not abnormal, and you should go talk to someone to help find relief or develop different perspectives in order to get your mind back in a healthy state.

It’s important to have these conversations or to at least to put things out there that I found provoking to get people develop different perspectives that they may see one way. 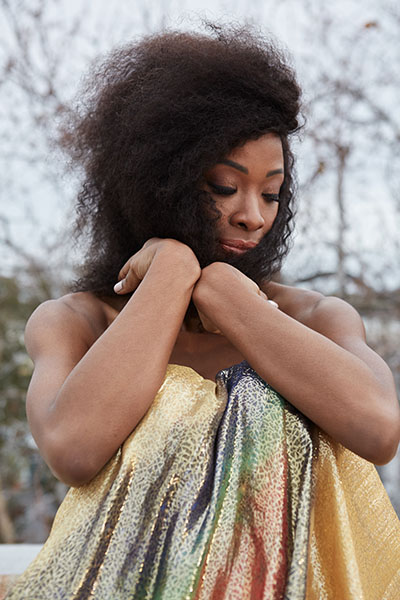 Are there any upcoming projects you could give us insight into? What can we expect to see from Karimah Westbrook in the future?

Well, I’m hoping that we get a second season of All American, which is a television series on the CW. It’s on Netflix and is doing well! I hope it makes the network feel like they should say yes to a second season! 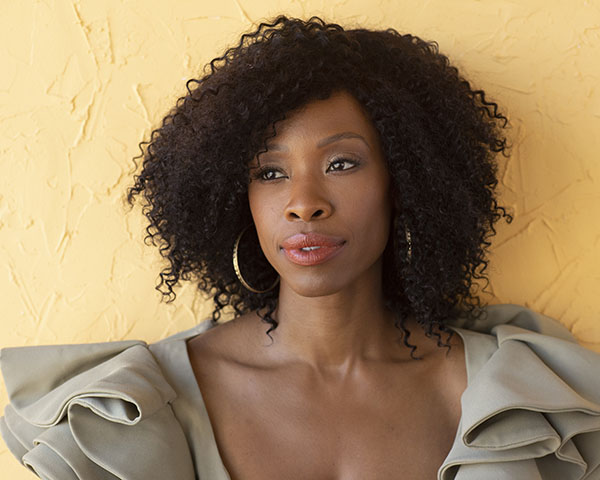 BOLDEN hits theaters on May 3rd in limited theaters nationwide!

Stay connected with Karimah Westbrook by following her on