Samantha Marie Ware is not only the superbly talented actress that we have seen in some of our favorite shows, but she is also doing some inspiring things with her music pursuits as well. Although we have seen this strikingly beautiful young woman play Jane Hayward in “Glee,” Nabulungi Hatimbi, in “The Book of Mormon” production and portray the secretive character of Angela from the highly acclaimed Netflix series, “What If’, Ware carries an expansive and colorful history with music that was sparked in her childhood that certainly deserves to be acknowledged. As talented as she is, she understands how to carefully balance her gifts so that she continues to build her career on her authentic and endearing performances, whether it comes from music or acting. Very self-aware and creative, Ware is a powerful force of positive energy. Throughout her career, she uses self-reflection and looks back to the strong elements from her roots growing up in Lincoln, Nebraska, as fuel to direct her goals and manifest greatness in her life. In speaking about her love of performing as an actress and a singer, she explains, “I’m definitely a performer, I don’t think that I’m anything individual from that, and I think music nowadays has a lot to do with the performance. It’s easy for me to switch back and forth between acting and singing because they’re both on the performance spectrum.” In a recent interview, she spoke with me about how her single, “Westtown” came about and what we all can expect from it.

When did you actually know that you had a gift that you wanted to continue to pursue and grow?

I didn’t know until recently, like as a grown adult. I think it had more to do with the release and the therapy from performing. All I knew is that I wanted to chase that, but I wanted to do it at the highest scale possible and that was just immediately going for my dreams. What I didn’t know then was that not everybody was doing it, I just figured that if someone wanted to do something, then that’s what everyone would do. Now that I’m older I realize that some people don’t even take the first step. For me it was about, how do I keep feeling this good about letting whatever is inside out. Especially for a theatrical performance, it feels like a form of release and meditation because you’re like in a zone and it’s formulated every evening. It’s in your muscle memory, so it feels good and you’re getting paid too! 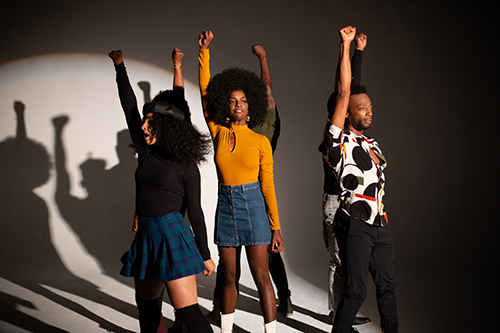 How did your background in Broadway prepare you for your debut single, “Westtown?“

So, I have always been a singer. I grew up in the church community back in my hometown of Lincoln, Nebraska. I was a big part of a black church, and I am sure the black community has grown ten times over in the past decade, but it was definitely a smaller community of black folks in Lincoln. There was probably two or three black churches total, so it was definitely like a sacred time. Black churches are all about the performance, down to the preaching and the choir, so that’s kind of how I got into it. I really loved the concept of the sanctuary and that’s when you see black people sometimes being the most free when they’re not in the office or at home. I’m pretty sure that’s where everything got started. My grandmother really pushed for me to get on stage or something.

Tell us about “Westtown” and what listeners can expect from the new single?

“Westtown” lyrically is about a platonic relationship. Last year I had like one of my first best friend breakups and no one really prepares you for how that feels, unlike a romantic relationship, where it’s like you go out with your girlfriends, get a little drink for the next few weeks and then you move on with your life. But losing a good friend is different, it feels like you’re losing a family member or a sibling or someone you need to detach from, so it takes time. With that, it brought a lot of emotions and pain, so I like wrote this song and hooked up with a friend in Brooklyn and got Westtown out. Me as an artist, aside from acting and theatre, I’m still trying to find my voice and find my style. For me, it’s about getting the product out and continuing to make art for the sake of making art and having a separate outlet from being under large corporations. 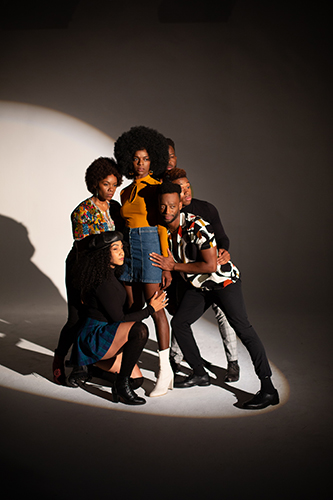 Is there an album we should be on the lookout for?

I don’t even know. With 2020 coming up and noticing how music has been changing, I mean people put out albums, but it’s all about the pieces now. We can thank Beyoncé for that because she has shown us what a visual album is really all about. I don’t know about an album, maybe a few years down the line. You’ll probably expect to see me more on a Broadway album first before I have my own because stuff like that takes time. I am highly aware of that. I would hate to crank something out for the sake of consumerism, so it’s going to take some time.

You are multi-talented and have an awesome skill-set. Is there ever a time when you consider yourself more of a singer rather than an actress?

I consider myself a singer but singing is a lot more intimate to me than acting. Acting feels like the career because of the work I’ve put in to do it. Singing, I’ve just always been good at it, I never went to school, I never went to a conservatory. Of course, there was not a lot offered growing up in Lincoln for little girls like me to expand on my craft. It is all innate, and I learned a good set of my tools from crashing and burning through these big juggernaut roles and productions I’ve been a part of because I started fairly young.

What type of regimen do you have when you’re preparing for a performance?

It just depends on what the show calls for. Mostly and all the Broadway shows I’ve done require a lot of physical endurance and so, that requires me to have a trainer and workout three to four times a day. I have to warm up my body and my voice, I have to stretch before the show begins, and warm down after. So, the stage stuff definitely requires a lot more of a regime. For the acting, it’s really just knowing my lines and having a good idea of the intention of the scene and where it’s being placed. It’s more of a mental setup than the stage is more mental and physical.

Music has a way of moving through us in incredible ways. How are you personally moved by the music?

It’s like how Nina Simone tries to explain that love is just a feeling and as much as you articulate yourself, you may never be able to fully explain it. Thays what it feels like to me. Singing tome is like praying. It’s always been so intimate for me and obviously growing up in the church it was already a spiritual like entity to me. When I sing, I always start to feel healing going on, my chakras aligning and all.

To hear the new single, “Westtown” from Samantha Marie Ware and to learn more about her, visit her Instagram today!

Desirae L. Benson is a writer, content editor, PR representative and entertainment media host, based on the west coast. She hosts her own show featuring four different segments with celebrities, musicians, and people of prominence. To find out more, visit her on Facebook and IG by using @DesiraeBBB or the hashtags:  • #DesiraeBBB • #MovedByTheMusic • For media inquiries, Email:  DesiraeBBB@gmail.com

All images courtesy of Samantha Ware