Just a few months ago, we learned that Lifetime would continue to share the magical love story of The Duke and Duchess of Sussex, Prince Harry and Meghan Markle. Their new project titled, Harry & Meghan: A Royal Romance will allow viewers to view their first year of marriage and how they were able to blend their cultures together for love. We caught up with actress, Tiffany Evans to discuss her exciting role as Meghan Markle! Smith opens up to us about what we can expect to see from the new film and much more!

Tell us about yourself. What made you want to get into acting?

I grew up always wanting to perform; I had a really big imagination. Both of my parents are super creative and ended up working in a creative industry. They were both super supportive of creativity so I took dance and voice lessons when I was younger. I was born in California but we moved to the East Coast when I was young so I didn’t get to really pursue performance. My parents implemented academics always so I ended up going to college for broadcast journalism because, in my mind, it was the closest thing to performing (laughs) but would still allow me to get a job in communications. From there, I got into hosting and presenting. After college, I did that for quite a few years. Acting was always something in the back of my mind and I eventually got to a place where I realized that I wanted a bigger challenge and that was acting. I wanted to tell wonderful stories because I enjoy making people smile and spreading positivity. There are certain films you see where you can’t wipe the smile off your face and that’s a major reason why I love acting so much.

Tell us about your new role in Lifetime’s “Harry & Meghan: Becoming Royal.”

What can viewers expect to see when the film debuts in May?

This role came up, I read the script, and it was everything I could possibly want. I realized it was something that would allow me to explore a lot of different emotions, it was a positive, uplifting story, and she is someone who is in a great relationship and wants to do so many great things for the world. It wasn’t a question for me; I wanted to do this role.

This is a continuation from the first film by Lifetime titled; A Royal Romance and it followed their story falling in love and getting engaged. This film picks up their story and follows the planning of the wedding, Meghan fitting into the royal life and family, and how it affects her relationship with Prince Harry. I love that this story is about her figuring out what is important to her and what things about her she should hold onto because a lot of changes had to be made in her life to go from an actress to a Duchess.

I love the off-camera stuff because there are a lot of moments in the film that people have seen, such as parts of the wedding and events that the Fab Four have gone to but there is so much that was never seen. Our writer, Scarlett Lacey was able to show her creative side in this film in addition to all the research she did and the conversations she had. 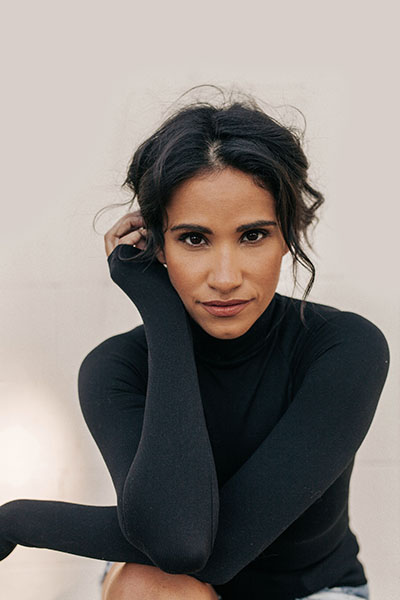 You’ve been featured on hit television shows such as Supernatural, Jane The Virgin, and so much more but do you have a favorite role you’ve portrayed thus far and why?

Oh man, that’s so hard. I found that every job I’ve just finished is my favorite (laughs). When I booked Jane The Virgin, I had such an incredible time just because the set was wonderful! It was the first time I did a dramedy. Everyone was so kind and wonderful. The role I was portrayed was like a presenter role so for me it very comfortable to dive into that. I love SciFi and getting to go on Supernatural and do magic as the character was so much fun! I think every actor has goals and characters they want to play and for me, it’s the DC character named Zatanna and she is a magician so it was kind of a step in the direction of Zatanna (laughs). For Meghan’s role, I felt so inspired by what was in the movie and doing research on her relationship with Harry because they have a great focus on putting good into the world. For me, it’s been wonderful to get to play a character that is real and is so grounded in many different ways. It inspired me to want to include more of that in my life. I want to not only through my acting bring joy to people but also find where I can help others in a more tangible way. Right now, playing Meghan is definitely my favorite role, it’s one of those projects where you make a family and enjoy being on set so much that leaving was really hard.

Are there any upcoming projects you could tell us about? What can we expect to see from Tiffany Smith in the future?

For every actor, you audition, you see what’s next, and you keep working hard. I’m just really excited and focused on doing the press leading up to this movie. I’m also hosting a panel at WonderCON this weekend; I am really excited about that. It will have a great panel of female executives in the industry and we will talk about being a woman in the industry. As an actor, you will often meet people, and writers with great scripts so I’m also on the side producing and in the process of getting two films off the ground. I just want to be creative as I possibly can because acting allows you to audition but you don’t get to create the projects. Coming up with projects on the side is really getting my creative juices going. 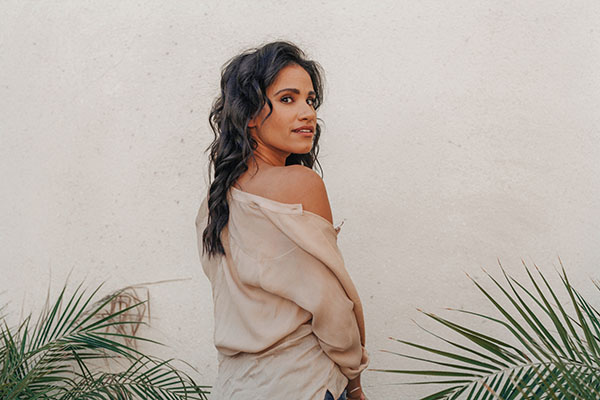 Stay connected with Tiffany Smith by following her on

All Images Courtesy of Tiffany Smith | provided by ICON Publicity