Adrian Holmes on His Role in Netflix’s ‘V Wars,’ Producing, & Much More!

With over 20-years in the world of entertainment, Adrian Holmes is no stranger when it comes to television and film. We’ve seen him portray Frank Pike in the hit television series, Arrow and as James Turner in Supernatural and now he’s just wrapped up filming Netflix’s vampire-drama series, V Wars and dipped his toes in the world of producing. We caught up with Holmes to discuss his exciting new role and what it was like working behind the camera.

Tell us about your role in Netflix’s vampire-drama series, V Wars.

I play Michael Fayne, best friend to Luther Swann a research scientist. He’s a helicopter pilot who also enjoys fast cars… an adrenaline junkie with a big heart, positive guy with a sense of humor and a love for life. Was exposed to a virus that caused a severe change in him, forcing him to make the decision to take up this new mantle as Patient Zero, the first “Vampire.”

How would you describe your overall experience and what can viewers expect to see?

I had a Blast, it was a bucket list for me. Have always had a love for the whole vampire genre: Blade, B.S. Dracula, Lost Boys, Interview with a Vampire, etc. I really enjoyed the role and getting to work with such a great cast. I was a fan of Ian’s work on TVD and so getting to work with him was very cool as well… Great guy!

They can expect to see a different take on the Vampire Genre. Different species of vampires who can walk by day and are not affected by the traditional vices. A lot of heart, action, and struggle between the characters… a lot of inner conflict. Also touches on some relative topics such as environmental issues, climate change, and its effects as well. Edutainment!! 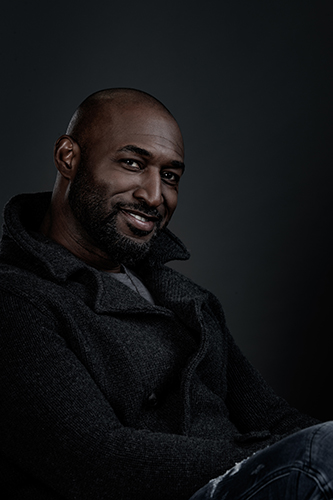 In addition to working in front of the camera, you have also produced projects as well! What made you want to dip your toes in the producing world with the docudrama, Barrow: Freedom Fighter?

Well, I love the art of filmmaking and storytelling as a whole and so it only makes sense to me as an artist to soak up and embrace as much as you can. I love to challenge myself and would eventually like to try my hat at directing someday but, that won’t be for some time I don’t think. Until then, I figure I’d start with the producer hat and see what happens. Producing is an important role in that you can create your own content. You’re in the position to allow your stories to be told and heard. That’s a lot of power and responsibility. Barrow was very special to me because not only was it such an important story, but that I got to work in my home of Barbados… Another bucket list! Big thanks to the Step by Step Productions team with Marcia and Dave Weeks. They’re the ones that brought me on board and made it all happen. I was in the best hands.

What can we expect to see from Adrian Holmes in the future?

I have a Christmas movie out on December 1st on Lifetime called You Light Up My Christmas with the one and only Kim Fields, who is amazing. I also have a series next year, in February I believe, called Sacred Lies on Facebook Watch with Juliette Lewis, I have a web series called Hospital Show out now which I think is the funniest thing ever. It is about actors playing doctors on a tv show. I like to make people laugh whenever I get the chance, which isn’t often enough unfortunately so… I’m also excited to be going to shoot a Psychological Thriller called Chained next month up in Kelowna BC, which I will also help produce so… that should be a lot of fun. Cold but fun (laughs). 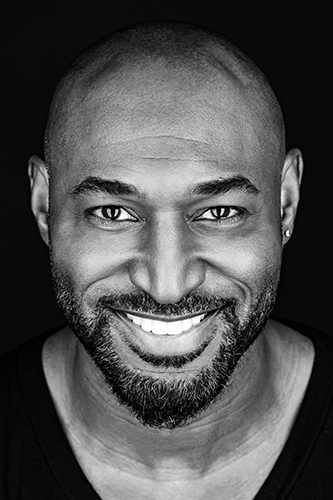 All images by Charles Zuckermann