Liberian born singer, FATi has loved music all her life. The artist, who debuted her album, L.O.V.E in December 2018 is loved by many for using her voice to tell a story. We caught up with the artist to discover what made her want to transition in the American music industry and the inspiration behind her lyrics.

Tell us about yourself. What made you want to get into the American music industry?

Well, my name is FATi because I’m sweet, short, and petite. I was born in Liberia raised in the Ivory Coast but grew up in St. Louis, Missouri. As soon as I was born, I wasn’t crying, I was singing (laughs) so pretty much all my life.

Tell us about your debut album, L.O.V.E. What inspired the songs on the album?

I did my EP in six days. Six songs in six days. On the seventh day, I wanted to celebrate! I went to a private island with my father and sister to celebrate the completion of my EP. While I was there, I don’t know if it was the sun, being around my family, or what but it just really moved me. I felt a sensation in my gut telling me to go somewhere and write a song. Before putting pen to paper, I knew that I wanted to write a song about universal love so that people could relate. An hour later, the song was complete! I recorded it on my phone, sent it to my team, and the next day it was recorded. I thought I was finished with my album but God had other plans, that song became my new single, “L.O.V.E.”

What can we expect to see from FATi in the future?

I am actually on a media tour. In September, I’ll be touring in South Africa. Also, I’m also coming out with a cosmetics line called FATi Cosmetics. I’ll be having a lot of bright, vibrant colors including lipsticks and eyeshadows.

I just did a video for my next single, “Queen” and it will be out this summer. Its a song for all my beautiful queens out there. I wanted to create a song that would inspire you, motivate you, and get you to dance at the same time.

More music! My song Queen will be out this summer. I’ll be headed back to the studio to record my next album soon. I believe that I am the new face of Afro-pop. I will be one of the biggest acts that ever did it!

I want to dedicate my single, “L.O.V.E” to Nipsey Hussle. I want to send love and light to those who were affected by his passing. 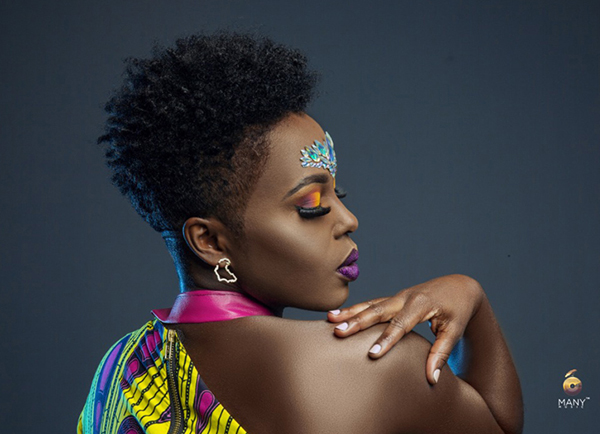 Stay connected with FATi by following her on