Anthony Lewis Brings It in ‘Howard High’ Film on Tubi and Gives An Epic Performance!

Born in Los Angeles to parents who passed down their singing and acting talents to him, Anthony is probably one of the most focused young men in tinsel-town and his ‘work ethic’ is driven. On any given day, which is daily for him, you can find him honing his ‘acting chops’ or working on new music in the studio. 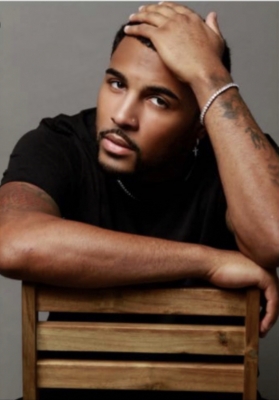 Active as an entertainer, since he was a toddler, the clean-cut Lewis developed his voice in the church. Then, as a teenager, he built a following on YouTube through uploaded covers of contemporary pop hits such as Bruno Mars’ Grenade and Frank Ocean’s Thinkin Bout You.

His debut single, a blend of 2 Chainz’ 2012 hit I’m Different and Soul for Real’s 1995 R&B classic Candy Rain — with a guest appearance from rapper Billy Bang released in 2014 caught the attention of music lovers everywhere. His video, It’s Not My Fault featuring the King of South himself, rapper T.I. garnered nearly 2 million views. 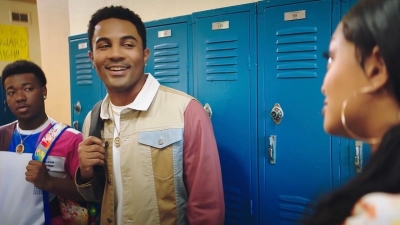 Howard High follows a high school musical group that must compete against a rival school to save their arts program while also battling issues from the inside. Based on the 2020 hit TV mini-series, now available on Tubi, FOX Entertainment’s free streaming service.

The Howard High original soundtrack featuring Anthony Lewis and the other cast members, released on February 4, is available on all digital platforms.

Lewis is receiving ‘rave reviews for his performance in Howard High. The entertaining and fun-loving film that sheds light on the challenges students and school arts programs face in underfunded neighborhoods is resonating with viewers.

Unlike many who credit their career achievements to their talent, Lewis says during Sheen Magazine interview that his success has come from being very focused and making a decision to work harder than anyone around him.

He says, “When most people are sleeping, I’m either in the gym or in the studio.”

Follow Anthony Lewis on his social media platforms at @anthonylewisofficial.