Arsenio! Tapped During Netflix Is A Joke: The Festival

Tuesday’s taping of Arsenio Hall at the theater inside the Hollywood Roosevelt Hotel featured conversations with guests including Gabriel “Fluffy” Iglesias, who discussed his historic shows this coming weekend at Dodgers Stadium. Hall was also joined by comedic trio 85 South, who honored him as one of their idols, plus comedy club royalty Jack Assadourian Jr. got the crowd laughing with a short stand up set. Special festival correspondent, Atsuko Okatsuka, also returned. 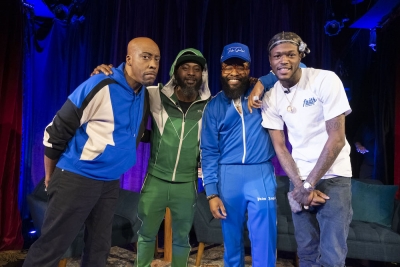 For his third show on Wednesday, Arsenio Hall returned for interviews with rap legend Snoop Dogg, who shared a blunt with Hall on stage. Also on hand were comedy icon Katt Williams, Abbot Elementary creator and star Quinta Brunson and Chinedu Unaka who closed the show with a stand-up set. 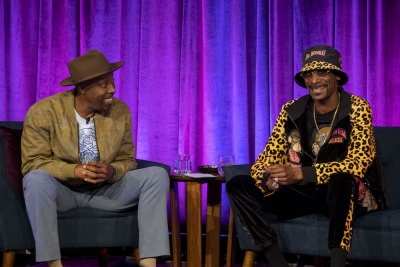 Wednesday’s events included a conversation between comedy legend Mike Myers and director David O. Russell in front of a packed audience at the TCL Chinese 6 Theatres. The conversation was followed by a free fan screening of the first episode of Netflix’s new comedy series The Pentaverate, with a special introduction from Mike Myers himself.

For more information and a full schedule visit www.netflixisajokefest.com

About Netflix Is A Joke: The Festival

Netflix Is A Joke: The Festival is celebrating the very best of comedy April 28-May 8, 2022. Produced by Netflix in association with Live Nation,  the 11-day comedy fest in Los Angeles features over 250 shows across over 30 venues, from stand-up to Q&As to live reads and much more.