Ashlee Opens Up About Changing The Narrative with Her Hit Single, “Alone With You”

R&B artist, Ashlee is a force to be reckoned with in the world of music today! With her recent success of her independent single “Alone With You,” she has surpassed over two million streams on YouTube! Given her undescribable talent and appeal, this young artist is clearly just getting started. We caught up with the Long Island native to discuss the inspiration behind her hit single and what we can expect to see from her in the future.

Tell us a little bit about yourself. When did you know that music would become such a big part of your life?

My name is Ashlee and I’m from Long Island, New York. I started music officially in high school. I was always obsessed with music growing up. I had a bunch of phases of different artists that I liked. I’m kind of universal with the music that I listen to. It goes from hip-hop to pop, everything! I’m extremely musically-inclined, I would say! Growing up with my sister (who is a big music head) I kind of got a lot of it from her. She introduced me to a lot of different styles of music.

Can you tell us about your song “Alone With You”? What inspired the creation of it?

My producer Jon Lewis sent me a beat so I began writing to it and it kind of did it immediately! At the time, it kind of had to do with the situation that I was in. It was easy to write. We definitely didn’t think that it would become what it is now but it’s been amazing.

What was your reaction when you saw “Alone With You” become such a big hit?

I definitely did not expect for the song to do what it did! This whole process has taught me that when you really believe in yourself, have a passion for something, and you keep working to chase the dream, it will definitely come to light with the right amount of work and support.

What does “Alone With You” mean?

The song for me is about the topic of sex. A lot of times, sex is thought of as something for men. Women kind of forget that it’s an experience for them too. It’s not just about happiness or pleasure for men. It’s about giving dominance to women versus the other way around (what we’re used to). 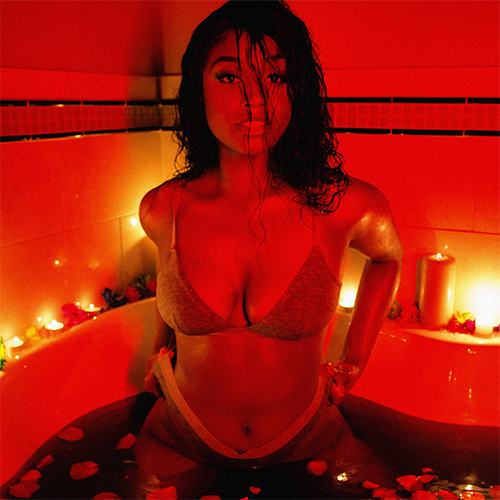 I would probably describe myself as an artist as emotional. I am also fun and I am confident. That’s pretty much what I bring when it comes to my music. It kind of speaks for women my age or even younger and older! It’s a voice for women in general.

So I can say that we are working on a project. I don’t have any dates or a title at the moment but it’s definitely in the works.