Atlanta based rapper Jr Be Snappin, refers to himself as the Prince of the South (POTS). He began writing music in 2016 after a friend overheard him free-styling at a barbecue. Jr’s first live performance was at Magic City in 2017 where he met DJ Esco and was advised to perform for TI’s “Exposure Open Mic” the following day. Jr performed a song titled “King Speech.” The music video for “King Speech” was released on WorldStarHipHop. The praise received from his performances boosted his confidence and gave him further confirmation that he belonged in music.

His vast musical creativity has an urban flow with no similarity to any individual artist out there. Jr Be Snappin has been said to have bars like Lil Wayne, flows like Kendrick Lamar, positive messages like J. Cole, aggressive delivery like TI, and a generous attitude like Jay-Z.  His motivation is his family.

Jr has a strong sense of responsibility and respect for women due to being raised by a single mother with six older sisters and six nieces.

Currently, Jr has one album out titled “Saturated City” comprised with 19 tracks. In addition to this, he has a hot single out titled “Can We Talk”. The single has an old school vibe with a new school funk, which fits perfectly into urban hip-hip, all while standing apart from other Artist.

Why is your new album “Saturated City” an album to listen to?

“Saturated City” is an Album to listen to because it will allow the listener to get to know me. There are many songs that are personal, in which I express my feelings and childhood upbringing. Furthermore, the Album gives you a feel for Atlanta and things to expect should you ever come to the “Black Hollywood”.

How did you transition from a career in the military into the music industry?

It was different because I had gone from taking orders, to giving them. The new freedom of civilian life and exposure of a “rapper’s lifestyle”, made me feel like I was King of the world. I was young at being an Artist and now after 3 years, I’m just beginning to calm down and focus on conducting business in a more professional manner. 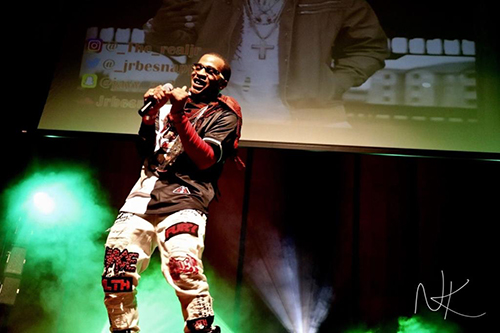 What sets you and your music apart from other artist in the industry?

My music is all real. Every song, word and line out of my mouth is the truth. When writing my music I express my feelings, and it is because of those feelings that I will never make a song that glorifies murder or the selling of drugs. In my music I speak about real life situations, putting things in perspective, addressing political issues, and delivering many subliminal messages because some things I “can’t say”. I hope that although I am the Prince of The South, people come to recognize me as the big brother in Hip-Hop they never met.

Your most recent single “Can We Talk” is a smash hit, tell me about the production behind this single and the inspiration for it?

I was dwelling on my new style and wanted to make a song that could survive in Hip-Hop without compromising my integrity. I figured with old school vibes and female support, you can’t go wrong. I sat down with Travis Cherry and he made me a dope beat from scratch, inspired by a song we both were familiar with. After the beat was made, I began to write and found myself writing verses and things I knew I couldn’t sing, even if I was in shower. I spoke to Michael Miles and asked if he could meet me at the studio for a session with Travis. The rest was flames.

If you could collaborate with anyone right now in your genre who would it be?

I think me and Jacques could make a dope Hip-Hop and R&B record, but I’d be honored if I could rap my heart out with Lil Wayne on a track for at least 5 minutes. 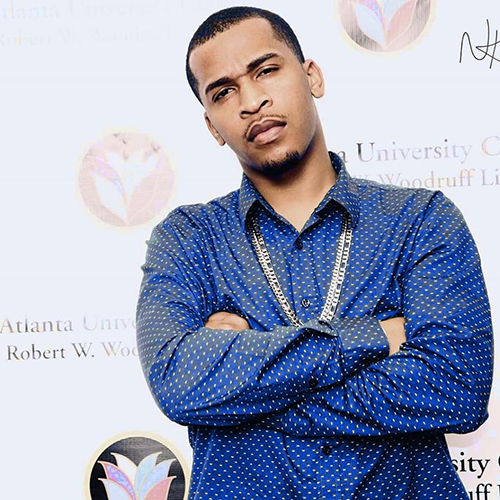 All images provided by Jr Be Snappin