South Carolina native, Jennifer Nelson is an author, health enthusiast, and in the process of creating a workout apparel brand titled, Simply Vegan! We wanted to sit down with Nelson to talk about the creation of her successful blog, About That V Life which was created to inspire those considering becoming a vegan and how to embrace the exciting journey! Join in as she discusses her brad, her transition to veganism, and her future projects!

My name is Jennifer A. Nelson. I was born and raised in Greenville S.C. and I wouldn’t dream of living anywhere else! I love it’s laid back, slow moving atmosphere. For the most part, people are courteous and welcoming. I have two sisters and two brothers. I am the mother of three grown children and step-mother of four. I have six grandchildren with one on the way, as well as step-mother to three.

I attended Greenville Technical College and received a certification in Medical Coding and Billing and took a course in Unit Secretary as well. I’m an author of two self- published books and currently working on a third one. You can view them here! I am currently working on my workout apparel, Simply Vegan Apparel LLC.

What inspired you to create About That V Life?

What inspired me to create About That V Life originally, was my health. Although I’m considered healthy with no major issues, I wanted to be in the best shape of my life by the time I turned fifty. Even though I worked out three days a week, I could never get where I wanted to be. My weight fluctuated up and down for years. Meanwhile, I began to despise the food choice’s I was making. I was sick and tired of eating the same thing, week end, week out. The connection between meat consumption and a certain disease, especially for African American’s can’t be ignored.

High blood pressure, Diabetes, Chronic Heart disease, Obesity and last but not least, Cancer. For a year and six months, I thought about it. Once my mindset changed my way of eating changed. I began a plant-based diet in Oct. 2018 and haven’t looked backward. As I began to research what being a vegan was about, I began to see how the animals were suffering and how the effects of the choices we make every day, are harming our environment. I knew I had to do my part to bring about a change, not only in my life but encourage other’s to do that as well. I am ashamed that I was so caught up in my life that I didn’t consider the effect of what I did, or how it may hurt others. So About That V Life is about making a difference one T-shirt at a time.

Can you offer your best advice to those that would like to transition into veganism?

My advice to other’s that would like to transition to veganism is to know your WHY for doing it. As stated my WHY originally, was my health, then it became about making a difference. Next, do your research. There are loads of information online that you can get an understanding of what being a vegan is about. Know that it is a lifestyle, not a trend. Take one day at a time and don’t be too hard on yourself if you make a mistake, Rome wasn’t built in a day…remember, it’s not about what you do, but who you are. You’ve Got This!

Here are some great resources that helped me;

Where do you hope to see yourself and your brand in the future?

My hope for myself and my brand for the future is to continue to spread the message and bring about health awareness to the point it brings about change in my family’s life and the lives of others.

I hope to build a brand and expand all over the world, inspiring everyone, everywhere to make a change for the better, for their health, their family, the animals, and the environment. 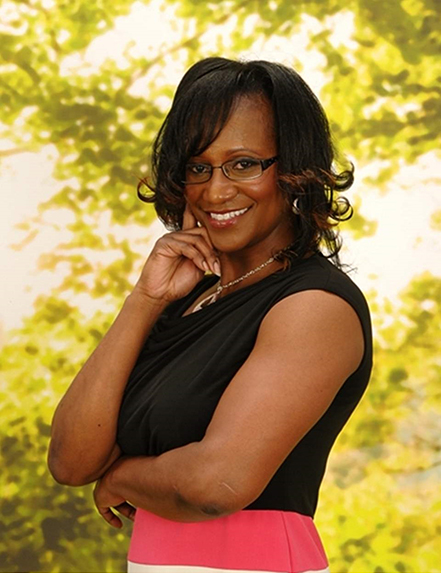 For more on About That V Life, click here!

Stay connected with Jennifer Nelson by following her on

All images by Portrait Innovations | provided by Jennifer Nelson