M.C. Ray is a creative who has just made his premiere to the world through the writing of The Unveiled, the first book of a series. He is a Georgia native, born and raised in Stockbridge, Georgia, and has always had a passion for the arts, especially the power of storytelling in all its forms.

“Creating a fantasy with characters that look like me is more than just about inclusion. In reality, we are present, so why not in the magical, fantastical, and the alternative.” – M.C. Ray

His latest book, The Unveiled, tells the story of Sprite Alya Lightstar who lives in a wealthy sanction of Keldrock, an illustrious elven-ruled city where she has everything anyone could ever imagine. She lives on a large estate, has servants, and hasn’t had to do a hard day’s work in her entire life. It seems like a perfect life, where danger is but a thought as she and all she knows are hidden behind a magical veil that shields her home from the far, far unknowns of the rest of the world. Being that this is all she has ever known, she yearns for adventure and lands beyond. However, for she-elves, these aren’t options. While sprites her age dream of coming-of-age ceremonies and elegant balls, Alya dreams of the forest floor beneath her feet and the thrills of the wilds. It isn’t until after venturing beyond the city’s limits with her friends that she considers the dangers that come with it, especially after a dreadful encounter one dark night.

As Alya is drawn farther into the kept secrets that plague Keldrock and that challenge all she knows, Alya will have to prove she is the brave leader she craves to be to change Keldrock for the better while avoiding a pair of yellow eyes hot on her trail. She must race against time, preparing for an event that only the city’s defenses are trained to see, the Day of Unveiling, a short period when the city’s veil falls, leaving it vulnerable to the outside world. In time, and in more ways than one, all will be unveiled.

What sparked your passion for writing?

I have been writing all my life. My first book, The Little Frog, went to the national level in a competition when I was 6 years old. I’ve always loved art in all its expressions, but writing has always been a means of escape. Writing about worlds that exist outside of the realm of reality and through the accesses of imagination, allows me and anyone who reads my work to be whoever they want to be, without limits.

Do you feel there is a lack of love towards black Sci-fi & Fantasy Novels?

I definitely feel that way. The ones we do read, have seemed to have bordering storylines that are super relative to things that we already experience. Even in the sense of king and queens of kingdoms or otherworldly beings, they never look like black people/are black people. Certain creators have been cited even saying that their world doesn’t fit into having black characters or that they won’t write black characters unless their stories require it. That makes me think that we are seen as tolerance in this world, which I already knew, but also in the creative space of fantasy and sci-fi, which is all fictional. Black people are magic. I mean, look at all we’ve accomplished given what we’ve been dealt. 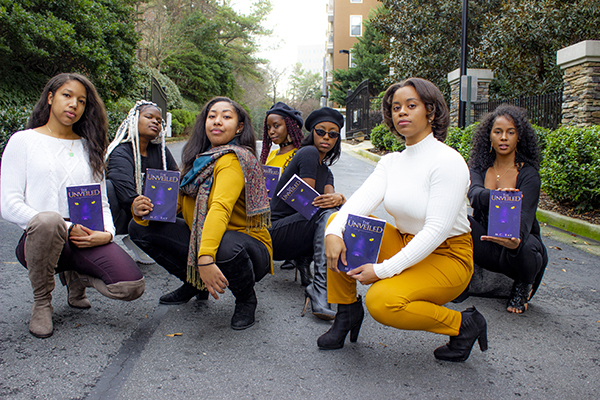 What powerful message can be learned from your latest book?

One message I think that is super important in the book is addressing the privileges that some minorities have over others and using those accesses to help other minorities and not to oppress them. In the book, Alya lives in a patriarchal society which is oppressive to she-elves like herself. But in the same space, the humans that live in the city, the Dwala, are treated like dirt compared to the elves, which Alya initially, doesn’t have a problem with. Through a few bumps and checks, she learns that it’s wrong and after rising to power, she uses this newfound privilege to help everyone, which should be our goal in real life. We should use whatever privilege we hold to help push for equality. For example, I as a black man shouldn’t be interested in only pushing agendas that benefit black men but want to hold black women in a space that keeps them oppressed.

Where can readers purchase your book?

You can purchase at Amazon, barnesandnobles.com as well as webuyblack.com 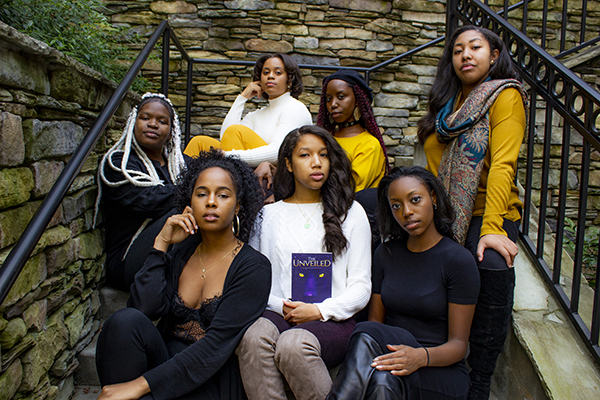 What sets you apart from most authors in your genre?

I think I have a passion for writing that extends past career but is a need to challenge people’s thoughts and expectations that go into a genre that should naturally have more diversity. I thrive in this. I also think that I become very vulnerable in my writing as I am in person. Alleviating those walls that keep most writers tame for the sake of whatever reasons, whether it be to make sales, to appeal to a wider audience, makes for me to say what needs to be said and not have any worries about receptiveness. I want people to understand my writing, not to control it. We can all stand to learn from this to make for a better community within the genre as well as in the actual world that we all share.

All images courtesy of M.C. Ray