On Sunday, at the AT&T Dream in Black invite-only brunch during the 25th Annual Essence Festival, Emmy Award-winning filmmaker Ava DuVernay, Actress Zendaya, Entertainment Tonight correspondent Nischelle Turner and AT&T Communications CEO John Donovan,  as well as other AT&T executives sat down to have a candid and lively conversation about the Dream in Black mindset, which encourages people to boldly follow their passion and share it with the world.

This was Zendaya’s first time attending the festival and brunch, which brought together entertainers, influencers, and AT&T executives to celebrate black culture.  Guests were transformed into a traditional New Orleans celebration complete with Southern Cuisine and a 2nd line band.

In its second year, the brunch highlighted entertainers, influencers and AT&T executives and celebrated Black culture. Singer Brandy kicked things off by singing a medley of her hit songs, which included “I Wanna Be Down,” and “Baby.”

Zendaya also spoke about her roles in the blockbuster hit film Spiderman: Far from Home and the HBO show “Euphoria”.

DuVernay shared her thoughts on why it’s important for her to create and tell Black stories. She was also given a standing ovation for her work as a director of the hit film, “When They See Us,” which tells the story of the “Exonerated Five” (formerly known as the Central Park Five).

Donovan shared why it was important for AT&T to be present and host the brunch during the Essence Festival.

“There’s an expectation from employees and customers that you speak out on what your values are about as a company,”  he said. “People want to see themselves in that company or brand. I think that ensures that you’ll be successful in doing the right thing. You can’t be false; you have to be genuine. There’s nothing like being at Essence Festival. There aren’t a lot of places where you can have this type of learning experience and human experience.” 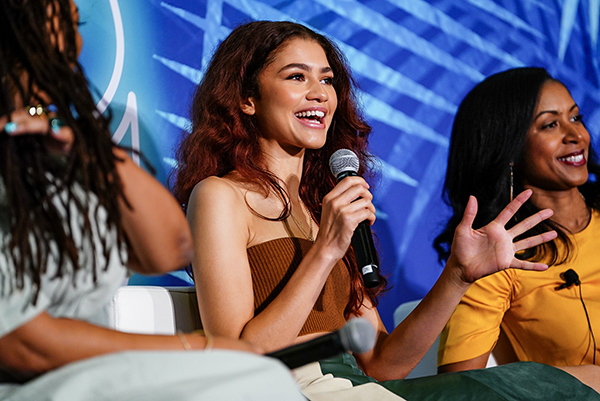 Zendaya dazzled the crowd by expressing what Dream In Black means to her below:

“Trying our best in many different ways and many different forms, as an actress I have to do my part to tell different stories especially from my viewpoint as a black woman and I think that’s so special and this is what each of us has the power to do in our creative field. It can’t always be a dream, it has to be a reality and sometimes it has to start that way, but being here amongst people who are making literal dreams a reality and people I look up to and people I can watch every single day turn what we see in our heads to real things is incredible and a little bit of a dream. When you live in this world of being able to be surrounded by people with visions and ideas and also that want to support you and help you, I think it’s incredible and will only allow us to continue to do beautiful things.” – Zendaya 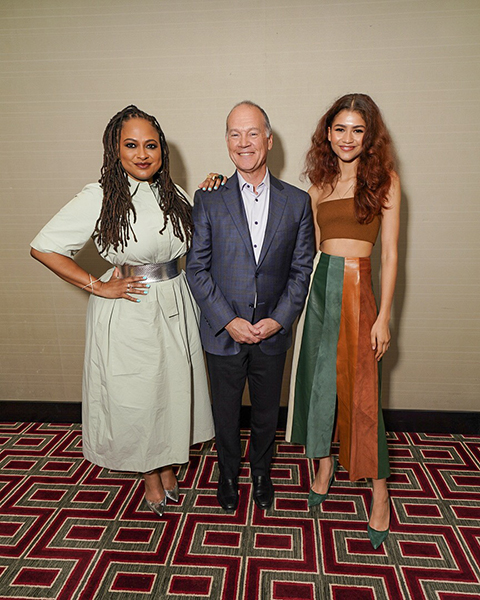 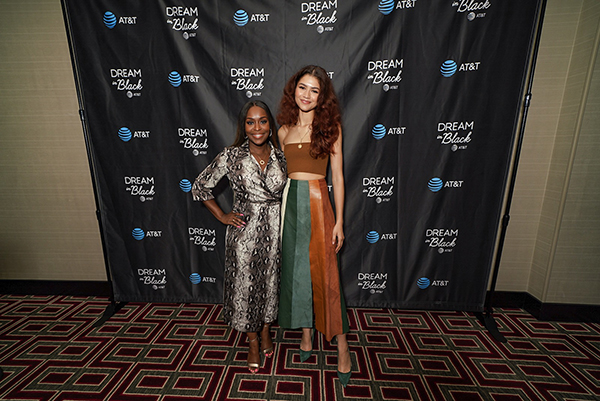 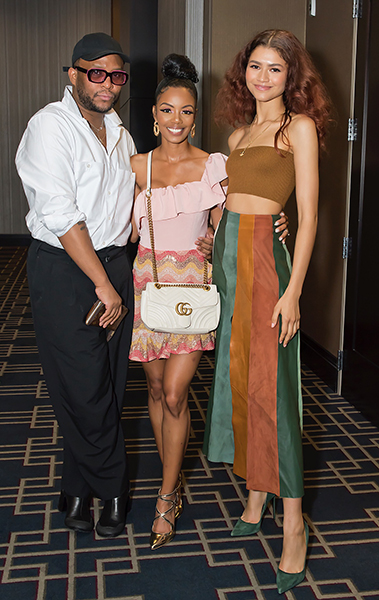