Get ready because the television series remake of the 1992 film, Boomerang is coming to your television soon! 26 years later, the series is set to pick up where the film left off! Follow along the journey of Simone (Tetona Jackson), Bryson (Tequan Richmond), Ari (Leland B. Martin), and Tia (Lala Milan) takes you on an experience you’ll be sure to enjoy. We sat down with star, Leland B. Martin who gives us insight into the remake and what you can expect to see from his character Ari.

How did you get into the world of entertainment?

My name is Leland B. Martin and I am originally from New Jersey. I grew up just like any other kid; aspiring to play basketball, play in the NBA, and all that. I played high school sports, went to college and got a business degree. I began working in finance. Long story short, I found out that that wasn’t my passion. Shortly after, I found acting. I can’t say that it was a coincidence because I don’t believe in coincidences but it just so happened and I’m grateful that it did.

Tell us about your upcoming role on the new series, “Boomerang”?

Sure! I portray a character named Ari, who is just unapologetically him. The promo says, “There just isn’t one way to be black.” The show follows ensembles that are friends but they’re very much different in many ways. There are different types of people presented in this show. Ari is the guy who is free; he doesn’t discriminate as far as dating goes. He is coming up in his career as a director and has an entrepreneurial mindset. 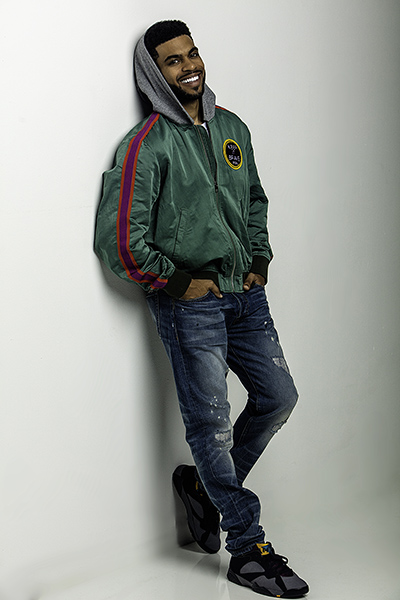 Can you describe your experience on this project?

It’s been great! We were in Atlanta for almost three months and shot many episodes a week. The days were long, we were there for at least 8 to 12 hour days. Overall, it was a great experience. The people were amazing; the executive producers, the director, the cast, they’re all family.

Tell us about working with the Penny Lane Foundation.

I have worked with the Penny Lane Foundation for about four years or so and it feels good to give back. I love being able to work with the youth and see people come from all over the world. I love that I am able to show people that have gone through different paths in life that there are role models that can show them the way. I see a lot of these kids lives change through this foundation, it’s amazing.

Are there any upcoming projects you can give us insight into?

Boomerang! It is the project right now that I’m focused on. I’m extremely proud of it. I think it is going to be very funny, I feel like you all are really in for a treat. It is something for everyone. Its funny, serious at the same time and I couldn’t be prouder.

Be sure to tune into the premiere of BET’s Boomerang on February 12th at 10/9C.

Stay connected with Leland B. Martin by following him on