Grammy-award-winner and musical LEGEND, Chaka Khan is known for her amazing catalog of music that’s guaranteed to make you get up and move and her equally amazing hair. So when I received an invite to the preview of her new hair collection with Indique hair, Chaka by Indique, it made sense. Along with longtime hairdresser, George Fuller, and Indique’s co-founder, Ericka Dotson, Chaka’s shining on a new stage, but instead of snatching wigs, she’s making them. We got a chance to sit down with Chaka and her dream team and learn more about their fab new collab!

It’s such an honor to meet you. So you are known for one, being a musical legend, and two, for your standout hair, what made you interested in the hair business?

Chaka: I figure I’m sixty-six; it’s about time to share some beauty secrets, some stuff. I’m not like a “glammy” person; I like to think of myself as au naturale. I felt there was sort of a need, for women, to help to empower themselves. We’re all so diverse and so beautiful. It’s fun to do lots of stuff with your hair. And we’re [going to be] offering clip-ins, hairpieces, ponytails. We’re going in.

I started out tryna figure out color before we had really cool colors. My hair was pink. I’ve lived in New York back in the eighties; I was cuckoo. It was three different colors because I couldn’t get it the right red so I had pinks, mostly light pinks which were horrible (laughs). Before we came into color, we were coloring it with red dye! 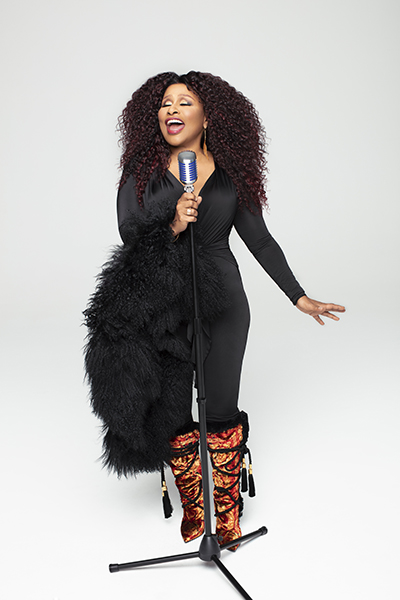 Tell us a little bit more about your collaboration.

Ericka: I received a call about the partnership. I thought it would be an amazing opportunity for the brand, and just coming together we have the same vibe. The more we speak I’m thinking, “it’s the same!” And really, just being in that textured hair space; the time is right. And Chaka is such an icon, for myself, and for so many women, and we thought… it’s perfect.

George: Every single person that’s come in here today has natural hair, which speaks to the rightness of this. And it just made sense. She’s just as iconic for her big hair, natural big hair, as she is her voice.

George: It made sense to start, as she shares her beauty secrets, she mentioned, it makes sense, to begin with, the hair and then to work its way down to the lips, hips, and everything else. So clothing, her own clothing line [is coming].

Chaka: We’re doing a clothing line for women with hips, women with bodies, high waist, you know, good stuff. We can’t find…I had to have most of my stuff made.

George: And people go crazy when they see it and you’re never gonna find them on the marketplace unless she puts it out there. 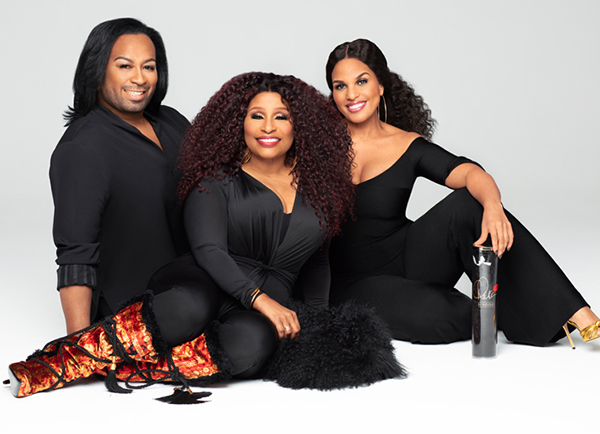 What is one of your most memorable hair moments/stories?

Chaka: When you tried to make me wear straight hair *looks at George*.

George: Oh my god, no. I had some bruises (laughs).

George: Which is what she’s known for, if you look at the Funk This album, her hair is like that. She’s truly a black woman in every sense of the word and she has always been very true to that. And I’ve said this in just about every interview; she’s never bought into the Eurocentric standard of beauty. And I’ve tried to make her. I would say “C’mon just wear these heels”, “let me just silk it real straight this time”, “you’ll look so pretty”, “it brings out your Indian features”…for somebody’s who’s not even making it for you to wear. 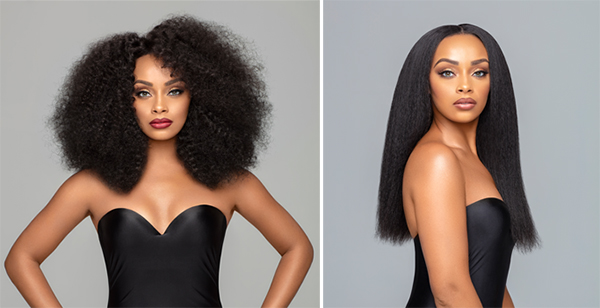 Chaka’s line with Indique launches April 30th! You can shop the collection here! And stay on the lookout for more additions to the collection.

You can check out more about Indique, minority-owned and one of the leading hair extension companies for high-quality virgin human hair, here!