Philadelphia native, Chris Gees has been doing hair for well-over 20 years, so I believe it’s safe to say he knows a thing or two when it comes to creating iconic looks. His creations are so iconic that he’s spent the past year and a half being booked and busy. More recently, he’s worked on popular projects such as Lifetime’s Merry Liddle Christmas Wedding, the Wendy Williams biopic, Wendy Williams: The Movie, and The Mahalia Jackson Story, all while creating his beauty empire with his brand,CannaCare by Chris Gees Hair Care System. We caught up with him recently to discuss his experience working on these projects and much more!

Tell us about your experience creating the looks we saw on the recent Wendy Williams biopic.

My experience on The Wendy Williams project was a great one! For me, it was full circle because I kind of got my break as a celebrity stylist on The Wendy Williams talk show when it was in its entity stage. My then client, Omarosa was the last guest on her sneak peek; that was the beginning of my career. Working on the film as I have now had a lot of success as a celebrity stylist was just absolutely amazing. One, because Wendy has had so many hair styles over the years. I mean, she literally changes her hair several times a day, sometimes. It was a celebration of my career to be able to lend my talent to all of these different guests and create these beautiful hair pieces. 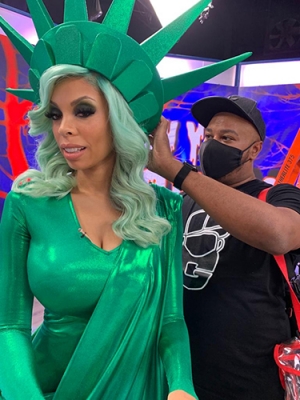 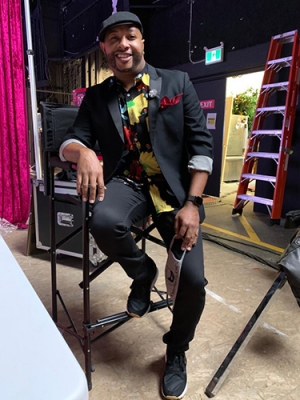 How would you describe being a creative during this time of the ongoing pandemic?

The pandemic has actually been a blessing and a curse because as a creative, it has given me the ability and time to create. Being a stylist, doing hair and makeup, and being very in high demand, it keeps me on the go. I’m always traveling, on-the-go, creating, and being on to the next. The pandemic gave me the opportunity to be home, create wigs, build, and find different pieces that I’ll be able to use. I also have a product line. I created a CBD hair care system. It includes a shampoo, conditioner, and a hair and scalp oil. The pandemic really gave me time to focus on my business and just be able to build my brand more. It has definitely been a blessing in that regard. 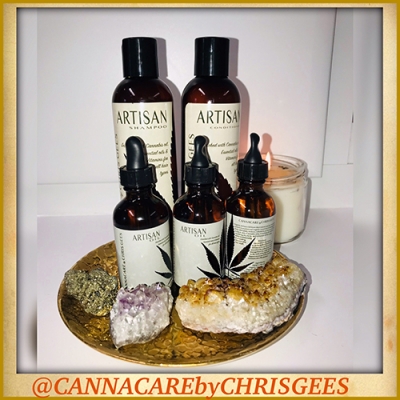 We know that you have been working on the upcoming Lifetime movie, Robin Roberts Presents: The Mahalia Jackson Story. How does this honor feel to you?

So, I shot three films back-to-back in Vancouver, Canada – all for Lifetime network. Merry Liddle Christmas: Wedding, which was Lifetime’s first Christmas sequel. I shot Merry Liddle Christmas starring Kelly Rowland last year. It was great to have the sequel. While I was in Vancouver, they offered me the opportunity to work on the next two films. I was there, I was quarantined, and that was a big thing having to quarantine in Canada for two weeks prior to beginning work. I had to order supplies and get myself prepared during that time; it was difficult. We got it done but working on Mahalia was great because I’m a church boy, I was born and raised in the church. I’m also a singer so it was great to be able to be around the energy of a musician. She was a great musician. The musicians in the film were great. It’s a period piece to it was iconic to build those hair pieces for this film. Majority of the film, everyone is in wigs. I had the opportunity to work on period pieces and create styles for males and females from the early ’20s to the late ‘70s. That was really a great honor. Mahalia Jackson is an American sweetheart, a great gospel singer, and the fact that she was a part of the “I Have a Dream” speech, is of course iconic. She told the people about the dream that he told her about. Being a Black male in America during these times, where we’re still fighting racial injustices felt good because I was on the positive side of history in creating The Mahalia Jackson film.

So, in 2021 I’m definitely just trying to build my product line out of the water. It’s a blessing that I have a large celebrity clientele so they’re able to help me push my line. They love the products. It’s CBD-infused so I’m really pushing the education on the CBD component so that people know about the health benefits. That’s really big for me this year. I want to pick up great projects that I really believe in. I’ve been fortunate enough to build a great resume and take the projects that I want to work on. Something like Wendy and Mahalia was great because those are stories that I wanted to be a part of. I want to be a part of projects that really make a difference. For me, everything is not always financial, it’s being able to tell a great story that will be meaningful and have meaning in history. 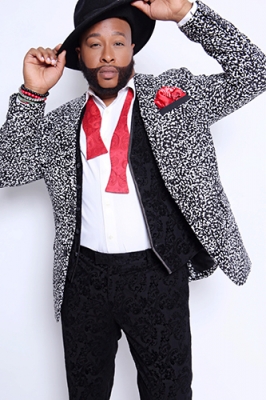