Stunning actress, writer, social activist, and entrepreneur, Ciera Payton has made her return to television and is starring in Tyler Perry’s first drama series, The Oval and proving why we have absolutely every reason to love her! We caught up with the New Orleans native to discuss her exciting new role as Lilly Winthrop and her start in acting!

Tell us about yourself. How did you get into acting?

I am from New Orleans, Louisiana. I currently live in Los Angeles, I’ve been acting for awhile. Currently, I am on Tyler Perry’s new show called, The Oval. I got involved in acting at a really young age. I grew up in New Orleans so I was apart of a really artistic, cultural town. Expressing yourself was always encouraged whether it was through music, cuisine, poetry, I grew up around a lot of artists. I went to a public school that was immersed in art programs. I just gravitated towards it early on because it was around me. Also, for me and the environment I grew up in, it was something that helped me cope. I grew up around a lot of poverty, drug use and addiction, so it was rough. For me, I found expressing myself creatively as an artist and that’s kind of how I got into it. The school I attended was in French Quarter and from there I went to middle school and high school but it wasn’t until I went to New Orleans Center for Creative Arts where I really got serious about acting. That’s where I dove in and felt that it was my calling. I committed to it, long story short, here we are! 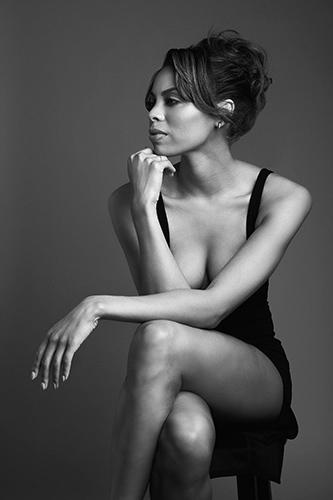 Can you share with us what we can expect to see when tuning into BET’s The Oval?

Yes! The Oval follows a fictional First Family. They happened to be a biracial family which is different and new! You get to see the behind the scenes of all that’s going on. You also see all the other moving pieces from the butler to the servers, and their families. My character Lilly is married to the Chief of Staff so you get to see what they do, his home life, and I think it’s just beautifully written and well put together. It is definitely full of drama and I think viewers will be on a joy ride when they watch this show.

How were you able to connect with your character in order to bring her to life?

Lilly and I are so much alike. She learned her independence early on. She learned how to remove herself from her environment and to not be a product of her environment. This is a woman that came from a lot and made it to become the fashion designer for the First Lady and marrying the soon-to-be Chief of Staff. I relate to that because I found that in myself because I grew up in New Orleans in a rough neighborhood that I was able to go against the grain and statistics of what was being said of me. She’s self-educated, self-motivated, and self-determined. Overall, she’s a hard worker. All of those things, I found in myself and I was able to really bring myself to the character. I love that Lilly digs into her heels to get firm and strong. She taught me how to do that in my everyday life to be bold, brave, and stand up for myself. I found all those aspects inside myself through playing Lilly. My hope and my wish is that people fall in love with her and are rooting for her as she’s going through her drama (laughs). 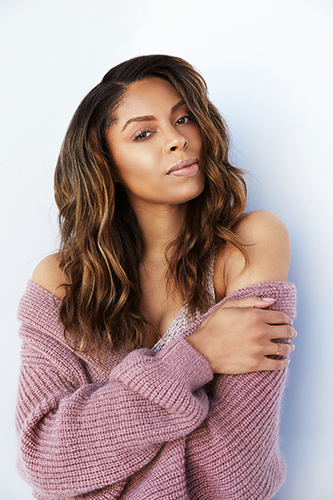 Right now, I can’t give you too much because they’re still in the works. I definitely want readers and viewers to check out The Oval. We have 25 episodes so we’ll be running for 25 weeks on BET. There will be some other things coming up soon!

All images by Alex Stone