Codie Elaine Oliver and her husband created this series after getting engaged six months after meeting. Mrs. Oliver shares that when she first birthed the idea she was single but didn’t like the media portrayal of love for black women specifically. She had only envisioned true love based on couples she saw on television that represented what she imagined but she wanted to truly bring examples of real black love to the screen. OWN TV debuted the series 2 seasons ago and season 3 returns November 5th with new additions LeToya Luckett (Walker) and Mr. Walker, David and Tamela Mann, plus many diverse couples will be showcased this season.

What inspired you to create “Black Love”?

When I first had the idea I was single and getting my masters. There was a media portrayal of black love and that black women are not likely to obtain true love. My family all divorced but I saw The Obamas, etc. I wanted to create a place where black love lives. I met Tommy and got engaged in six months. 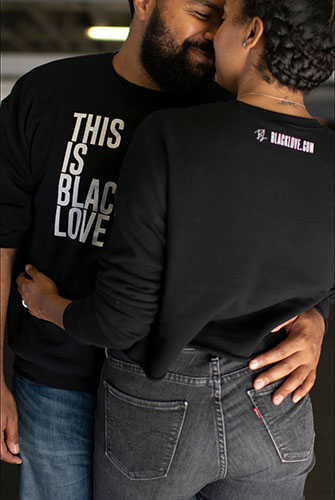 What has been one thing that you’ve learned about “black love” while filming this?

We knew no one couple is the same but we wanted to show that no matter what you’re going through you can make it work. We’re showing people working towards peace and happiness. One of the things I’ve learned is the work of marriage is the critical work we do on ourselves. It’s something to telling someone to accept me as I am but seeing the evolution/compromise in our ourselves and doing the work in our relationships and doing the work on ourselves – look inwards

What is the new addition to Season 3?

LeToya Walker, David & Tamala Mann, Michael P. Williamson, David Arnold, and wife Julie will all be showcased during season 3. This season also adds plenty of diverse couples, diverse cultures, and new topics will be touched. Season 3 will discuss “money, power, and respect”; how we look at each other in the roles of the marriage both professional and in the home. Sometimes we don’t have the same views in the marriage & how.

I hope that Black Love and over 60 couples show that we are black people, we love, and we are just like everyone else.

What other ways are you reaching couples?

Our goal is to be the hub for black singles and couples. We are the sum of our experiences and messages throughout our lives. Black Love the series is about marriage and blacklove.com is about singleness, married, and healthy relationships.

When will the series air?

All images by Gianna Dorsey