Comedian, Michael Yo Discusses His ‘Blasian Tour’ & the World of Entertainment!

Stand up comedian, actor, and television host, Michael Yo is known as the funny man adored for his unique personality and ability to tap into many different worlds. From his successful radio show, the Michael Yo Show to co-hosting CBS’s The Insider, Yo sat down for an exclusive interview with us to discuss his ‘Blasian Tour’ and upcoming projects to be on the lookout for!

Tell us about yourself! What made you want to get into the world of entertainment?

My name is Michael Yo, I was born and raised in Houston, Texas. My dad is black and my mom is Korean, that makes me blasian! My mom left Korea and married my dad and they brought me up in Houston in an all-white neighborhood. I felt weird as a kid, I wasn’t sure of my identity. All the funny experiences from that led me to radio which led me to Miami. The President of E! heard me on the radio and hired me at E! and that got me into the entertainment business! I worked with Kourtney and Khloe Kardashian on their show Kourtney & Khloe: Take Miami, I did Chelsea Lately which shot off my entertainment career.

You are also a comedian, what led you into that aspect?

I was on Chelsea Lately for seven years; I was on the show from the start to end. Everywhere I went, people would ask where I was performing. Chelsea Handler’s show at the time was like the American Idol of comedy. If you were on that show, you could literally go on tour and sell out all over the country. That show was that big! After my third year on the show, I wanted to try it! I remember on the show, I tweeted about trying comedy and Chelsea asked me about it. I told her that it didn’t look that hard (laughs) and all the comedians at the table kind of attacked me for it. A week later, I went up at the Miami Improv and I fell in love with it. It went so well, I called my mom after I finished and told her that this was what I was born to do! I love entertainment but standup is life to me.

How has your experience been so far with the Blasian Tour?

Its amazing because its free on Amazon Prime right now! Its about my life, its so personal. There are a lot of jokes but they are jokes about real experiences that happened. I talk about the struggles of growing up, where I grew up, the struggles of being newly married, trying to be the best dad, its family-friendly, and there aren’t any politics in it. People’s reaction to it has been crazy, you never know how people are going to comment on it and for people to take time to tell their stories under my special and get personal with me, means so much to me. It’s very emotional; one of the things I talk about is my mom overcoming breast cancer and I got overwhelmed. Look, the world is kind of dark right now and I want to be that relief for families. Its positive and brings people together. That’s why I did it! It’s family fun that everyone can relate to.

On top of all that, The Michael Yo Show. What inspired you to get into radio?

I started my career doing radio when I worked in Miami before going to E! For six years I was kind of back and forth. Though it ended in Miami for about four years, a man named Kid Kelly hired me for Hits 1. That led me to The Michael Yo Show, my own talk show on EW Radio. I found myself again because I could talk about all my experiences in entertainment, we take phone calls, its just so much fun. I love it.

Its always been a dream of mine to be on a national talk show so I’m doing it!

What else do you have up your sleeve? Are there any upcoming projects you could tell us about?

I’m writing a sitcom off my standup special, it’s a long road to that but we’ll see how that goes! There are a lot of opportunities, I feel like this year, something big will happen! I’m building onto my second stand up special, its great and I am so blessed right now. The one thing I want to do is one day host a game show. I think that would be so much fun because it fits my personality.

If you love family comedy and you want to get away from politics, watch my special! Its uplifting, its about love, and its about family. 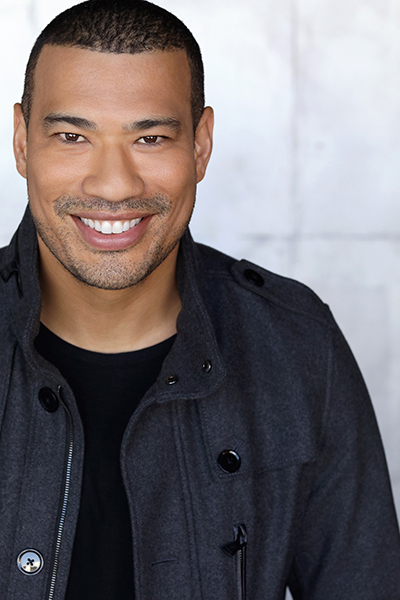 Click here to watch Michael Yo: Blasian on Amazon today!

All images by Dana Patrick | provided by Rogers & Cowan