Kharyshi Wiginton created the non-profit Culture Keepers to help students to expand their awareness through cultural exchange, build on their sense of pride and self-esteem by participating in community service and grow their worldview through traveling and exposure to other languages.

What inspired you to create your organization?

I created Culture Keepers out of the need that I saw. Living and working in West Oakland, in a predominantly Black part of the city, at the high school in Oakland with the largest population of Black students, I began to see that there were issues that existed with regard identity development and how they saw their value as African people on this planet. I found that this was particularly true when it came to things like skin color, hair texture, and when we talked about slavery. I began to realize that they thought that being enslaved meant that they were “less than” instead of being a marker for their ancestral strength. Embedded in those feelings was a disconnect from Africa and Africans. I believe that you cannot “love a tree and hate its roots.”

Additionally, I started to really see the impact of being landlocked. Many of the youth, their friends, and families haven’t traveled much outside of Oakland. Some don’t travel across the city or to San Francisco which is right next door, have never been outside of the Bay Area, or have been on a plane before. The combinations of these realities, combined with a need to have Black youth see themselves differently so that they can see what’s possible for themselves, and therefore be able to strive for and create the lives that they want, as opposed to settling for the lives they think they are supposed to have are the things that drove me to create Culture Keepers. 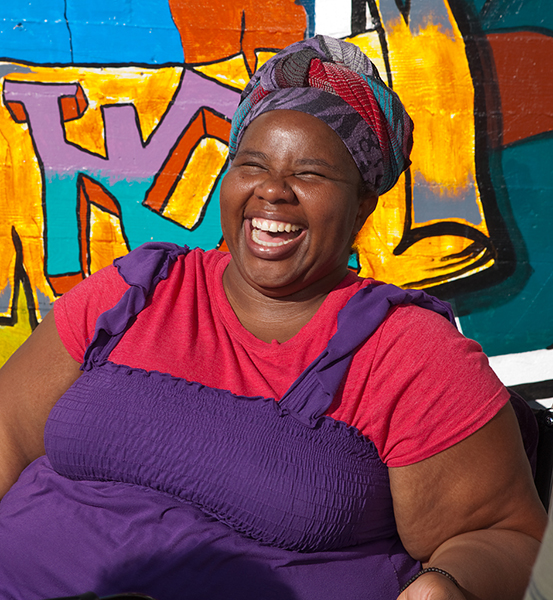 What do you feel about the rise of travel in the black community?

I am EXTREMELY excited about the rise of travel in the Black community. Black people traveling, African Americans traveling, is a revolutionary act for several reasons. One, we have just as much right to this planet as any other group of people. So much of our experience in the US is in relationship to oppression; being told where we could and could go, where we could and couldn’t live, when and where and how its ok for us to take up space. When we, as a people, begin to travel, explore the world, and as a result of that, see ourselves reflected in a multitude of people and experiences, we strengthen our vibrational connection in the universe.

Second, so much of how we see ourselves is through the oppressive lens that the US provides. Traveling the world allows us to “see ourselves” as we are, in all of our complexity, beauty, and greatness…not how they tell us we are.

Third, living in the US is a HIGHLY stressful experience. Just by virtue of being Black, without taking into account any of our individual stressors & circumstances, we already function at a rate that is higher than the what it takes to be “stressed out.” It’s no wonder why Black people tend to lead health indicators for most diseases. Travel brings joy! Joy is a KEY ingredient when it comes to improving your mental, emotional, and physical health. We deserve to be healthy & joyful as much as any group in this country.

Fourth and last, due to racism, white supremacy, and colonization, Black people have been dispersed throughout the world and separated by fictitious borders that have been superimposed on us. However, when we talk about Black liberation and the upliftment of African people, us being able to travel around, developing relationships, and building a greater extended community; to see each other connected as African people on this planet. That….is a revolutionary act!

What makes your organization different from others?

In addition to creating opportunities for youth to grow and expand their consciousness, Culture Keepers focus on Black youth and taking them to places throughout the diaspora. We create cultural exchange experiences where Black youth different countries get to meet and build community with one another. Additionally, we work with youth across different socioeconomic levels, behavioral challenges, and academic skill levels. All of this is done through an African-centered lens with the expressed intention of strengthening the collective African consciousness.

Why is it important for black youth to travel?

Globally, Black youth are disproportionately impacted by cycles of violence and poverty. The long term effects of those cycles, as well as institutional racism and the impacts of imperialism/colonization, is that Black youth’s sense of inherent value can be distorted and the ability to imagine something beyond current conditions can be lacking. By creating a global network of Black youth, which is embedded in the Culture Keepers mission, we are creating new spaces where youth can safely imagine beyond the systems at hand.

Additionally, we always talk about preparing our youth for a global society, but that reality cannot truly be achieved if Black youth, around the world, have no understanding of what the world is or what life is like or can be like beyond the immediate communities they exist in. For example, my young person, Destiny Shabazz who has traveled with me to South Africa twice, said in an interview after her last trip “I hear Ms. K always talking about how violence is normalized, but I didn’t really understand that until I was talking to youth in South Africa. Even though they experience violence, it is nothing like what we are experiencing in Oakland. To lose people the way that we are losing people is not normal.” Traveling outside of her community allowed Destiny to see her existence differently.

Lastly, there is a lot of talk in Black spaces around Afrofuturism and imagining Black lives outside of the context of oppression. However, we cannot talk about the future of Black folks without having youth at the center of that discussion. I firmly believe two things: one, our liberations, as African people on this planet, are interconnected. And two, the youth are our future. That being said, it is our duty to create opportunities for Black youth, globally, to travel, exchange, create, communicate, and be in community with one another. One of my greatest goals was having youth in Oakland realize that they are the birthright of the Black Panther Party for Self Defense and have youth in South Africa understand that they are the birthright of the Black Consciousness Movement and the Soweto Uprising. What happens when those two groups are in conversation with one another?

What do you have planned for this year for Culture Keepers?

This year we are taking our 4th group of youth from Oakland to South Africa for a 2-week cultural exchange project. We have over 30 youth slated to go (our BIGGEST number yet) ranging in age from 9 years old to 24 years old. Our trip will be broken up into 3 program areas: historic – visiting places like the Hector Peterson Memorial, the Apartheid Museum, Constitution Hill, and the Union Building, tourist – doing activities like going on safari, going to Lion’s Park, and going to the beach and water park in Durban, and cultural – seeing a play at the State Theater, doing a braai (BBQ) and bike tour around Vosloorus Township, and having a naming ceremony under the stars with South African children in QwaQwa.

In addition to our upcoming trip, 2019 will also see the expansion of Culture Keepers. We hope to add another country, art, activism, & education trip for adults, and another Northern California city. Culture Keepers is adding a co-director, Nikita Mitchell, and solidifying its 501c3 by becoming a nonprofit organization instead of a fiscally sponsored project.

We are expanding into a three-prong focused organization: expanding our cross-cultural exchanges to move to ideally 14-16 countries and between those countries, creating political development opportunities beyond borders, and investing in leadership development through the creation of matriculation and education programs.

All images provided by Kharyshi Wiginton