Dapper Dan talks growing up in Harlem and being a pioneer in the fashion industry.

Dapper Dan recounted his experiences, wearing a red blazer crafted by none other than himself, in conversation with former Teen Vogue Editor-In-Chief and Project Runway judge, Elaine Welteroth. She too was clad in a Dapper Dan x Gucci look – a navy-blue tracksuit with voluminous sleeves and red accents. Elaine commented on Dapper Dan’s good looks at 70, and he reminded us “The closer I got to God, the nicer I looked.” The audience erupted in laughter. The theatre was filled to capacity with those excited to hear Dan speak of his highly anticipated memoir. Dapper Dan: Made in Harlem details his rise in the fashion industry, and how he reinvented streetwear, aligning it with luxury and affluence.

The self-made designer took us back to Harlem with his intriguing and vivid storytelling. It certainly felt like a casual conversation on the stoop. Dan explained how, at an early age, he recognized fashion’s transformative nature. “Fashion is the fastest way to transform a person,” he stated. He knew how it made him feel to wear “them shiny things” – in reference to jewelry and other ostentatious status symbols – and wanted others to feel the same. Dapper Dan used fashion to tell other people’s stories. This selfless approach to design is what has kept him relevant since the 1980s.

Increased visibility from social media – an asset nonexistent in Dapper Dan’s early years – propelled awareness from younger generations about his contributions to the fashion industry. This also ignited an industry-wide conversation about cultural appropriation and fashion’s long stint of “paying homage” to black culture and designers, but not actually paying those creative and designers.

Dapper Dan was the birth father of logomania. While he began creating “knock-ups” of elite fashion brands, these days the larger brands are looking to Dapper Dan for inspiration. Even Louis Vuitton teamed up with Supreme to create a line inspired by the Harlem designer. And Gucci felt the censure of black Twitter after the brand copied a classic 1989 jacket Dapper Dan made for Olympic gold Medalist Diane Dixon. Now their relationship has come full circle. His clothing can be found in his legendary store in Harlem on 125th street and in Gucci stores for their partnership – not collaboration.

Dapper Dan: Made in Harlem explores Daniel Day’s journey as a gambling teen. From swindling drug dealers out of their money to ascending as a world-famous designer, who redefined the word hustle, while breaking racial and economic barriers. As Elaine stated, this book is one of the greatest redemption stories of our time.

“Culture is where we derive our dignity. If there is no dignity, the culture will collapse,” Dapper Dan explained. As an embodiment of black fashion, and a culture curator for over three generations, Dapper Dan continues to be a voice, making us proud of the culture and all of its dignities that without his efforts just wouldn’t be the same. 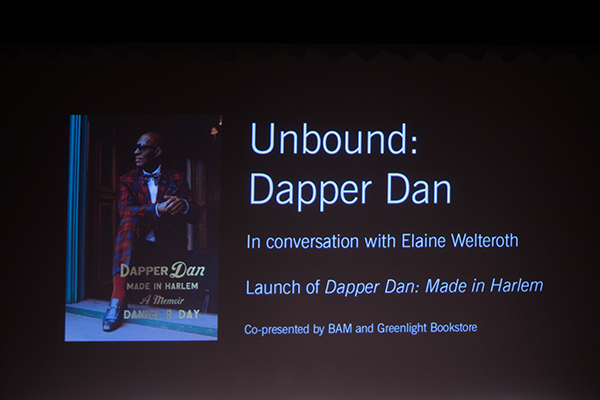 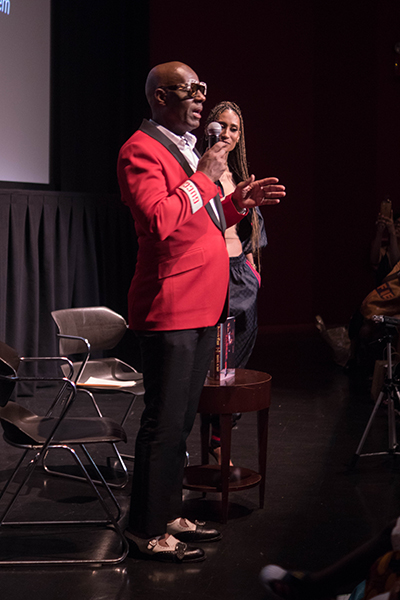 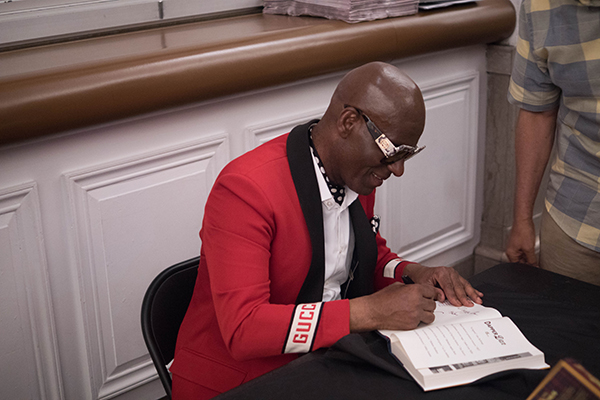 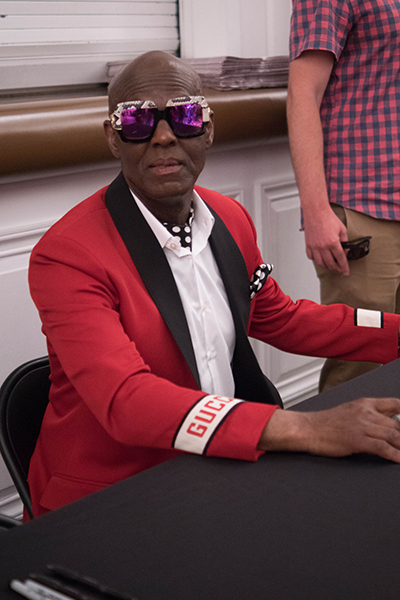 All images by NayMarie Photography | provided by Brooklyn Academy of Music