David Makes Man, created by Moonlight screenwriter Tarell Alvin McCraney, is a riveting lyrical drama that follows a young man, who is constantly reminded of the death of his best friend, while his mother, Gloria (played by Alana Arenas), tries to navigate them out of poverty. Alana’s role as Gloria is that of a hard working mother, whose past is littered with drug use. When asked how she channels such a character Alana explains, “Any character that I play I view it as an opportunity to gain greater compassion for the various human experiences, so I really focus on the opportunity of playing someone who might be seen in society for their mistakes or identified just by their struggles.”

Alana herself has quite the repertoire of life experience that has paved the way to this moment in her career. With almost 15 years of experience in theater she developed the essential relationships to grow her craft, one which included her childhood friend, Tarell Alvin McCraney. Alana starred in a couple of his plays, which led to the opportunity of David Makes Man. After getting a call to audition, she recorded a self tape and the role was hers. 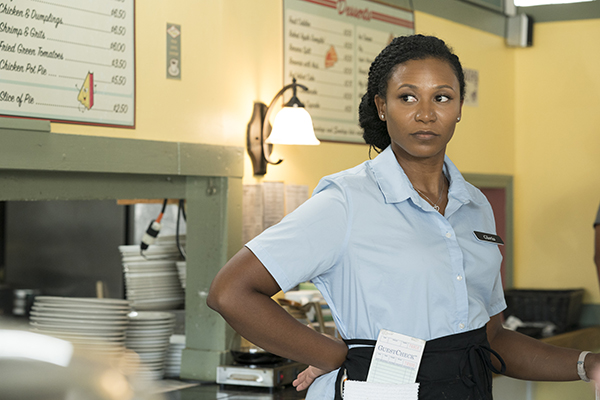 Her initial reaction to the character Gloria was one of respect for the troubled mother’s past and great effort to create a better environment for her son. Alana immediately wanted her character to win, because Gloria is up against many challenges. “She’s not full of self-pity. Her life doesn’t really allow for that unfortunately. She has to focus on surviving or getting to a better place, locking onto that idea like a pit bull.”

Alana’s appreciation for the role is two-fold, “Well, you know as a black person, there are a lot of things that are touched on in the show I can relate to. I really appreciate the issues which are being explored in a deeper way with characters we really haven’t seen before.

It has given me so much, and I’m still taking things away from watching the show myself. I am overwhelmed with gratitude. One of the things I’ve walked away with is a greater appreciation for the merit of black experiences that are coming into the market now. I am looking forward to more people telling deeper, more authentic, and different stories about the black experience that we haven’t heard.” 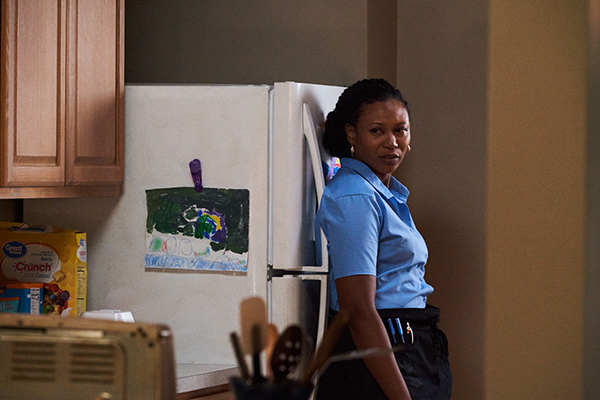 Leaving us with a final note, Alana shares, “I’m hoping there’s a David Makes Man season two (laughs) and also to be able to work on more wonderful projects like this one.”

Images courtesy of OWN

For more information on Alana Arenas: