Businesswoman, philanthropist, mother, and of course one of our all-time favorite Housewives from RHOA, DeShawn Snow allowed us to take a look into her life when she was married to her college sweetheart, Eric Snow. Beyond the lights and cameras, DeShawn experienced real-life drama of her own which led her to find herself through the struggles she went through during her recovery process. Now, better than ever DeShawn exemplifies that the hardships in life will lead you to your destiny. In her experiences, Snow found her true calling, to help other women. We caught up with Snow to discuss her passion for empowering women and young girls, her children’s book series, and what you can expect to see from her in the future.

How was your overall experience on The Real Housewives of Atlanta?

I enjoyed it! I’ve always been a fan of the franchise. My ex-husband and I watched The Real Housewives of Orange County. I knew Nene because we had a lot of mutual friends; she was the one that referred me. I did a couple of interviews and they told me I was going to be on it. I really did enjoy it. Having a camera follow you around was something I had to just get used to. It was a fun experience for me. It’s interesting to me because it has changed over time but I don’t have any regrets, I certainly enjoyed my time.

How is life juggling life as a single mother of three?

I have three boys and really, they’re young adults now. My oldest will be 21 in October; he is about to go into his third year of college. The middle child is going into his senior year, while my youngest is going into his junior year. Now, all three stay in Texas. I travel a lot between Dallas and Atlanta, so I just have to schedule it because it’s important to be there for their activities. When they were younger, it was harder to juggle. My children have always been my priority. When we’re together, I try to give them my undivided attention. At first, it was hard at first but the precious moments are something you can’t ever get back. 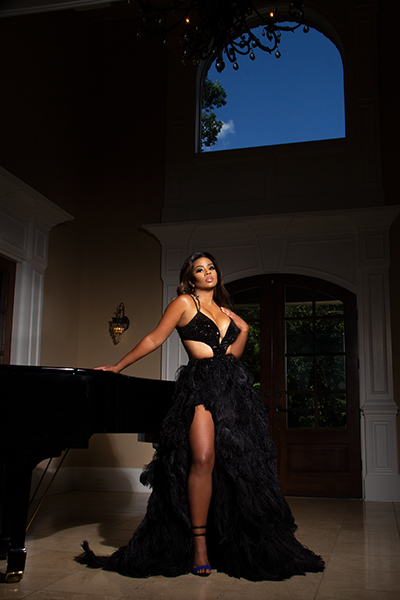 Why are you so passionate about empowering women?

I definitely think it is my calling. As a teenager, I made a lot of mistakes, didn’t always make the right choices, but I always got through it. When I was married to my ex-husband, I know I needed to use that platform and I created a foundation for teen girls back in 2006. I struggled with self-esteem so it was always important for me to share my story and be transparent with the younger girls so that they could know that they didn’t have to be defined by their negative experiences, and they can be become who they were destined to be despite it. Now, having gone through a journey of healing and self-discovery after my divorce. I think my divorce was something God used to get my attention so that I could know him in a different way. I am grateful for the pruning, because I realize I had to experience the hard stuff to gain a sensitivity and tenderness to be able to reach back and carry other women out.

Tell us about the launch of the children’s book series “Lil Shawnee”?

I had a vision for the Lil Shawnee brand to be a book series, an animated series, and a merchandising line. In 2012, I self-published the first three books of the series to provide empowering and encouraging messages, with a sprinkling of heavenly advice, for girls ages 9-12. Currently, I’m in talks with a production company to make it an animated series. When I was doing my programs for my foundation for teen girls, I realized I needed to reach the younger girls because they were so impressionable; especially in today’s world of social media where they think perception is reality, whereas we, as adults, know that isn’t.

You are also in the world of real estate, what made you want to tap into that world?

I’ve actually been licensed in real estate since 2004 and owned a boutique real estate brokerage, EDJ Realty, prior to RHOA airing. A few years after my divorce (2014), I decided to get back into it and joined Atlanta Fine Homes Sotheby’s International Realty.  There, I have the Global Sports + Entertainment Group, which integrates lifestyle management with luxury real estate.

After my divorce, I had to step back and take several years to work on myself.  Now that I am healed and whole, I am excited to be working on several projects, including writing my memoir, pitching several shows (including a reality series as well as the animated series). I’m also involved in hosting and speaking engagements for events that power women 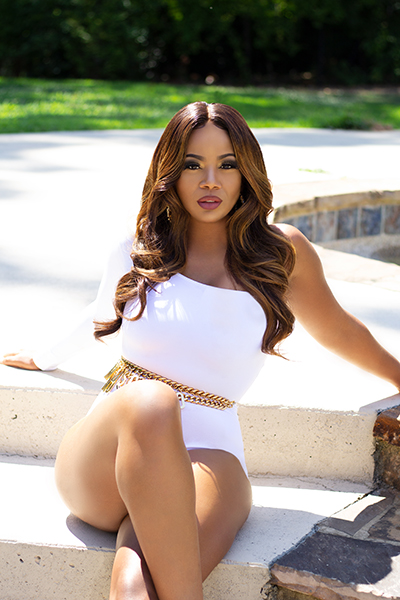