Diallo Riddle Prepares for the Release of TWO Exciting Projects This Summer!

Multi-talented, Emmy-nominated writer, actor, and producer Diallo Riddle is preparing for one exciting summer! Riddle will release two new television projects next month and we couldn’t be more thrilled to tune in! The first project coming to Comedy Central is a series titled, South Side which will focus on a rent to own business in the south side of Chicago. The second project is a scripted musical variety sketchy comedy titled, Sherman’s Showcase which is premiere on IFC. The show will include guest appearances from fan favorites such as Marlon Wayans, Tiffany Haddish, Common, Quincy Jones, Ne-Yo, and many more! We caught up with Diallo to discuss his exciting new projects and what we can expect to see when tuning in!

Tell us a little about yourself, what made you want to get into the entertainment industry as a writer, producer, actor, and so on?

(Laughs) I wish I knew the answer to that one! I grew up in Atlanta, Georgia and I was one of six kids. I grew up in a family where you could barely get in a word. My entire life I grew up in a 100% black family and in fact, it was 100% black in the schools that I went to. I was always known as like the smart kid for whatever reason. There were a lot of expectations on what I would accomplish.

When I got to Harvard, I decided that I would fulfill all those expectations. I ran for student government the first year and made it! I was doing it all but I didn’t feel completely fulfilled. I had been faking to my parents for so long in terms of what I was going to do after school and I remember one day towards the end of my senior year, I told them, “I don’t know what I’m going to do.” Although my family was in Atlanta, I suggested the idea of moving to Los Angeles, where our extended family was to give entertainment a try. I just knew that I’d always been able to make people laugh but I never thought I would make it my full-time career. In college, you have some big decisions to make, I just stepped out on faith!

Can you tell us about the creation behind creating the Comedy Central series, South Side?

One thing we always say about South Side is that every comedian you talk to will say give an example that the funniest guy they know is someone back from their hometown, he makes everyone laughs, and he’s a mechanic. In someway, South Side is a salute to the hometowns that I grew up in and my partner, Bashir Salahuddin grew up in. He wanted to do a show that would spotlight this amazing cast of almost real-life characters that he grew up in. It’s not an accident that his brother and childhood friend are the stars of the show. 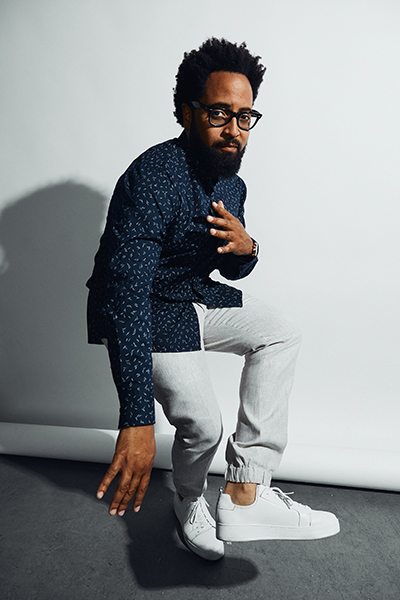 What can viewers expect to see in the IFC series, Sherman’s Showcase set to premiere July 31st?

Sherman’s Showcase is like the other side of our comedic brain. South Side is a realistic, grounded, but extremely funny show based on the real world, I think that Sherman’s is a heightened reality sense of comedy. When Bashir and I met, we would talk about the shows like The Simpsons, Pee Wee’s Playhouse, shows that really had an effect on our childhood. We like that really absurd, broad, kind of humor that you don’t really see anywhere anymore. Like I always say, kudos to IFC because as black creators of content, you’re never steered towards anything that isn’t in someway grounded. This show really allowed us to do whatever we thought was funny. Our first real gig in television was working at The Tonight Show with Jimmy Fallon. We have a real love of comedy and comedy on a variety show so for us, this was a lot of fun to go back to that and do big comedy, big song, every song you hear on Sherman’s Showcase will be an original song. The songs that you hear are not only an original song that, Bashir and I composed with our collaborators, but it can also be a song that you can purchase. We didn’t want the music to sound like it was written by a bunch of comedy writers. We reached out to the best of the best!

In a weird way, Sherman’s Showcase was like a party. It gave us a chance to work with people that we’ve been able to work within our careers and even people we have never worked with before. We saw people that were never able to be funny, be funny! Whether it’s John Legend as the executive producer of our show or Ne-Yo who is part of this fiction earth, wind, and fire group, Quincy Jones, we got to work with some incredible people.

In addition to all these exciting projects, what can we expect to see from Diallo Riddle in the future?

I’m still acting on the side! I’m in the new season of Silicon Valley, playing an attorney. They brought me back for the final season so I am excited about that. I am excited to say that most of my cast mates from Marlon are going to be on Sherman’s Showcase in a variety of sketches. Marlon Wayans is in a sketch that I think will have black Twitter in a buzz (laughs). There is a lot of acting stuff on the way but right now, I am focused on writing, acting, and both South Side and Sherman Showcase. On Sherman’s Showcase, I play the producer of the show, in the show. On South Side, I play a public defender that is more concerned with his tennis and golf game score than getting people off the crimes they did not commit. I get to decide every day whether I get to act or write, it is a very special life and I am appreciative for it. 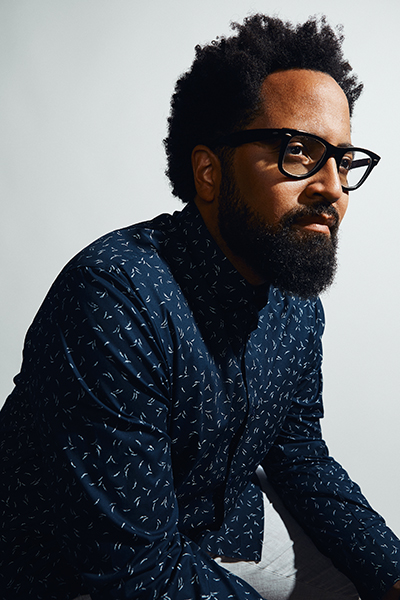 All images by Leslie Alejandro | provided by Persona PR