Ancient ruins, First Order troopers, Chewbacca sighting and resistance fighters(undercover as Disney employees) are the first encounters when entering the new Disney’s Galaxy’s Edge park in Orlando, Florida.  The new area located in Hollywood Studios, replaced the former Studio Backlot Tour. On August 29th, the first Star Wars ride opened to the public, the Millenium Falcon: Smugglers Run.  The entire area is designed to plant you into the  world of the First Order with rusty metals, dirt at your feet and hanging parts as if you’ve just triumphed in battle.

As you pass the merchant area, make sure to have the sweet, thick blue drink in hand while you wait. Your time on line will pass quickly as you are immersed into the Star Wars sequel after The Last Jedi movie in the Bakkar Spice Outpost.

You meet the robotic pirate, Hondo Ohnaka, who was left the starship in the Spaceport for repairs by Chewbacca. Before you assist Ohnaka in a battle, you enter the Falcon’s lounge area where you can sit and take selfies before receiving your battle cards.  Once you enter the cockpit, you are seated based upon your job title listed on the card, Pilot, Engineer or gunner.  The two pilots sit in the front seat and navigate through the battle with Hondo, while the engineers and gunners are queued when to join the fight.

The ride is long enough to enjoy and leaves you wanting more.  The goal is to become a pilot on the next flight, as much as I had fun pushing all the engineer buttons during the bumpy and active ride.  A little birdie told us there are several variations of the battle and it’s based on how well the pilot defends the crew. Definitely an immersive ride that is worth the wait!

Stay tuned for the second attraction set to open in December, Star Wars: Rise of the Resistance.  It’s promised to be the longest ride with a vehicle and you are thrown into battle between the Resistance and the First Order. 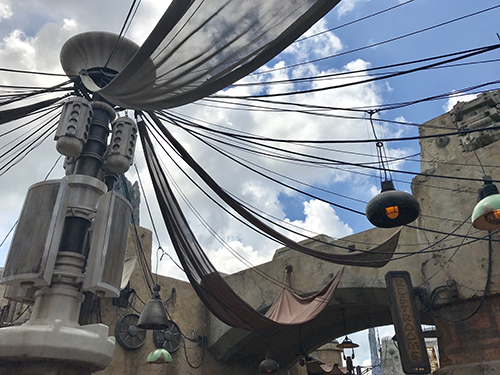 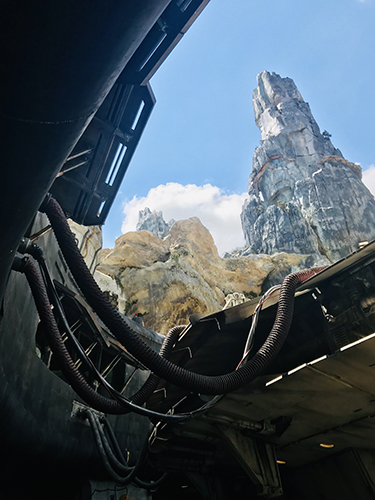 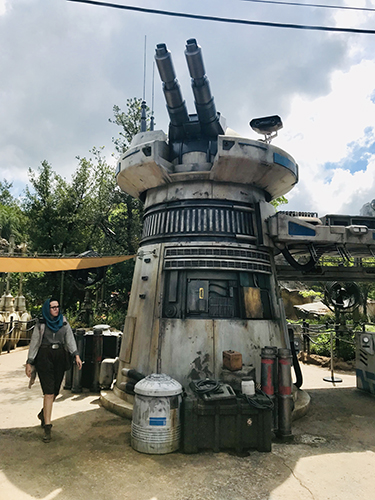 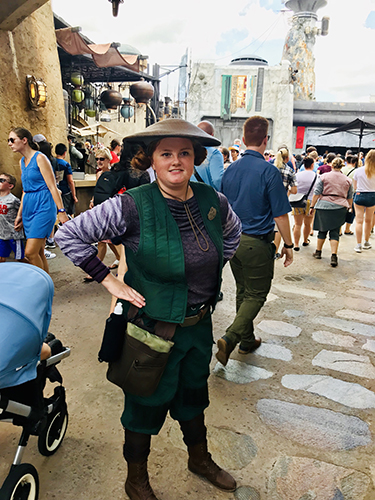 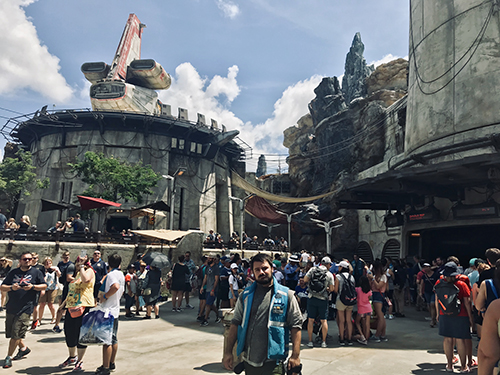 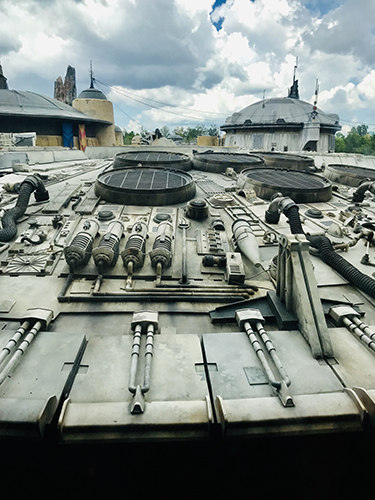 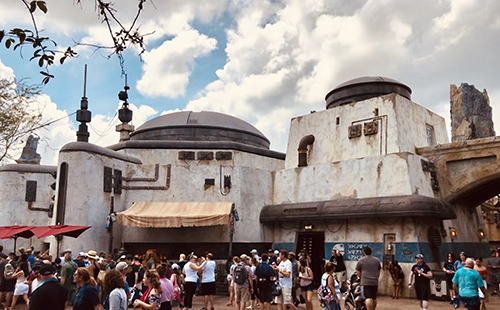 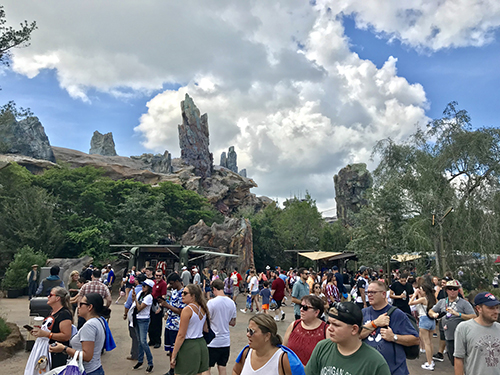