Dr. Umar Johnson: Paving The Way With A Purposeful Plan

There are many people who have shaped our world from a historical perspective, but there are only a few who provide the type of teachings that have the ability to cross over into generation after generation with a positive message of hope and empowerment. Dr. Umar Johnson is one of those people. He has a powerful presence and a voice that creates lasting echoes of the truth for the masses. Over the years, those who thought he could be silenced were sadly mistaken, as his extraordinary voice has become like a deafening roll of thunder in the ears of those who do not believe in his mission. As a world-renowned speaker, Dr. Umar Johnson makes it his business to spill factual evidence on the floor of every city, state, and community that is open to accept knowledge as their power and change as their ally in a world where black people in America continue to be systematically oppressed. We are living in a day and age where keeping power out of the reach of blacks has become commonplace. Meanwhile, police brutality and an unjust legal system continue to be used as a disgustingly weak reason to carry on with the fallacy that blacks are undeserving of greatness in a country that was built from the blood, sweat, and tears of Africans. Johnson fiercely defends our rights and makes no apologies for being firm and decisive in his thinking.

Free and independent in thought and action, Johnson is highly intelligent and keenly aware of his consciousness and his gift to bring about change. He does not need to use force to be effective because he is a friend and benefactor of time. He realizes that the best plans of action require concentration and calculated effort in order to manifest the goals at hand. Although nothing happens overnight, the power of a made-up mind is strong. In asking Johnson about his work to help improve black communities across our nation and if politics play a role in bringing about change, he stated, “When I speak of political work, I’m not speaking of formal electoral politics, which is something I’ll never be interested in getting involved with, in terms of democrats and republicans, presidents and mayors. When I speak of political work, I speak of grass-roots activity aimed at delivering tangible political and economic results to the black community.” He has never been one to seek approval, but instead, desires to awaken your thinking so that you may see the whole forest from the trees and begin to identify ways that you too, can help make a difference.

Johnson has a wealth of knowledge, experience, and insight about the world. He shared some valuable stories about his life growing up and the kinds of people and things that helped shape him over the years. With lucidity and vividness, he recalls the pivotal moment in which he was taken from just being locally recognized in his home town of Philadelphia, to becoming a highly sought-after speaker who was in high demand across the United States. “My speaking career formally began in the UNIA. I’m very proud that my public speaking career grew out of that. People would start coming in and I would start getting requests to come and speak. Within twenty-four hours I went from being a locally known certified school psychologist and member of Philadelphia UNIA to being an international personality literally overnight. I was getting calls from Africa, Europe, Asia, every city in America. In 2011, I probably did more radio interviews than any other black personality in our country, including celebrities. I was doing a radio interview two and three times a day. People wanted to know, who is this ‘Umar Johnson’, who is this guy on this interview…and it was the Chicago interview that I had just done three weeks prior that really had folks in such a buzz…” 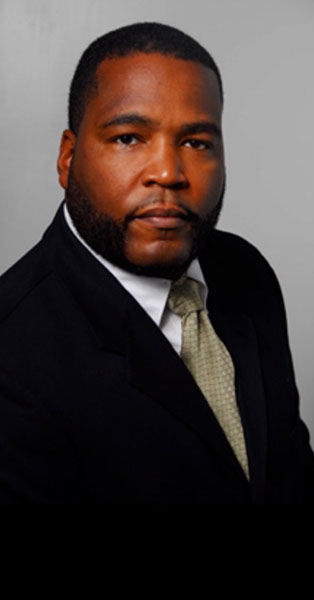 As a natural born leader who has the type of habitual and intuitive insight to acknowledge his own gifts and recognize instances of synchronicity in his life, Johnson welcomes the opportunity to allow others to learn from his experiences. He has spoken and aired his ideas, beliefs, goals, and plans on the radio, on television, at conferences, and seminars all over the world. He is a trailblazer who plays a huge part in the resurgence of Garveyism and Pan-Africanism, as an alternative ideology for winning the war against racism. In asking Johnson about his feelings on why the trauma of black history impacts us in the present day and how it can impact the future, he stated, “One of the reasons why black history is so personally meaningful for me and for others, is because, for a long time, white racists’ did not believe black people had the intelligence to be able to articulate their own historical experiences. Literally, we had to fight to justify that we had a right to tell our own story. For a long time, Black history and African history has only been told through the eyes of the victor, the eyes of the oppressor. Of course, he who writes the history determines how it is perceived…”

Always armed with a plan, four years ago, Johnson began a campaign that would create the first independent African school based on the principles of Pan Africanism and International Economics. On February 9th, 2019, he announced that the wait for the highly anticipated FDMG (Frederick Douglas and Marcus Garvey Leadership Academy) was over and that a location and building had been acquired. This is exciting news for families who are seeking something exceptionally different for their children.  History and tradition have clearly shown that all schools are not created equal, as some of the teachings in these institutions are full of inadequacies and misinformation. It’s no doubt that the right education holds the key to equipping our youth with the tools they need to be successful. The education that black boys will receive at the FDMG Academy, will focus on six key principles of teaching which are: economics, nutrition, agriculture, community and family, political science and spiritual science, and most importantly, the science of being a man. Many people who have supported Johnson over the years are excited and ready for a positive change in the educational approach aimed to arm black boys with the building blocks to create a successful and sustainable future for themselves and their future families.

One of Dr. Johnson’s goals is to revolutionize independent education for black boys not only in America but across the world. In our interview, Johnson discusses his own schooling and the triumphs and challenges he has faced. He continues to stand front and center on the topic of educational reform and puts his heart and soul into helping parents and students understand their rights, without being bullied by schools to do things they don’t believe in.  Building an empire of powerful black men starts with shaping their minds—once this is done, the natural outcrop of planting a valuable seed is to reap the benefits of growing an abundant harvest.  Making changes in a positive direction in regard to education, racism, and awareness of our power, is at the forefront of Johnson’s mind. He works tirelessly to make this a reality for this generation and the many generations to come. 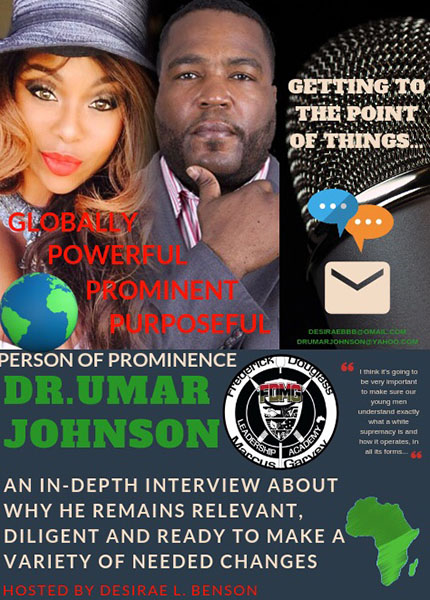 There is so much more, and only a few excerpts from the discussion are included in this article.  To hear Dr. Umar Johnson speak more on the above points in the FULL INTERVIEW, visit this channel by clicking HERE. You can also learn more about his upcoming tour dates by visiting him on his official website.

Desirae L. Benson is a Writer, Content Editor, Magazine Columnist, Entertainment Media Host and PR Representative based on the west coast. She hosts her own show featuring four different segments with celebrities, musicians, and people of prominence. To find out more, visit her on Facebook and IG by using @DesiraeBBB or the hashtags: • #AdayInTheLifeOfDesirae • #DesiraeBBB • #MovedByTheMusic• For Media Inquiries or News Submissions, Email:  DesiraeBBB@gmail.com 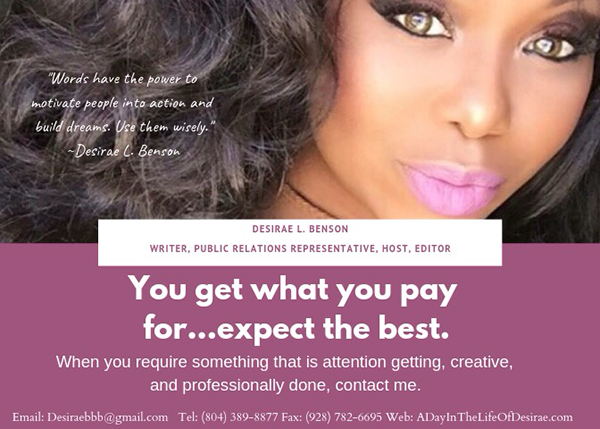