Executive Director George O. Davis Is Essential To The Growth And Success Of The California African American Museum

As the Executive Director of the California African American Museum (CAAM), George O. Davis has given the museum a solid foundation that is built on strength and integrity. As a leader and as someone who understands that the history of art, along with one’s personal interpretation of it, will be unique and varied—Davis has set the bar of excellence high for others in his position to follow. As a result of Davis’ admiration and respect for culture, the museum has continued to expand its mission by affording people a multitude of great opportunities to examine African American art, history and culture in new and exciting ways. Reaching people of all walks of life is important to Davis, and as Executive Director of one of the best museums in the world, he makes sure to provide people with awesome and interesting art presentations and experiences.

By including more contemporary art contributors’, along with a variety of public programs that are relevant to the vast world we live in, Davis knows he can keep people interested and engaged in the learning process no matter what their age. (CAAM) first opened in 1981 in the temporary quarters at the California Science Center. Beginning in 1984 through present day, the stunning and modern museum is now located in Exposition Park, in the city of Los Angeles, California. The museum is doing a stellar job with accommodating the thousands of people from all walks of life and nationalities, who visit the museum every week to see the wonderful cultural heritage of African Americans. From their informative educational programs to the hands-on activities that they offer, Davis makes sure that the museum stays true to their mission, which is, “To research, collect, preserve, and interpret for public enrichment the history, art, and culture of African Americans with an emphasis on California and the western United States.” 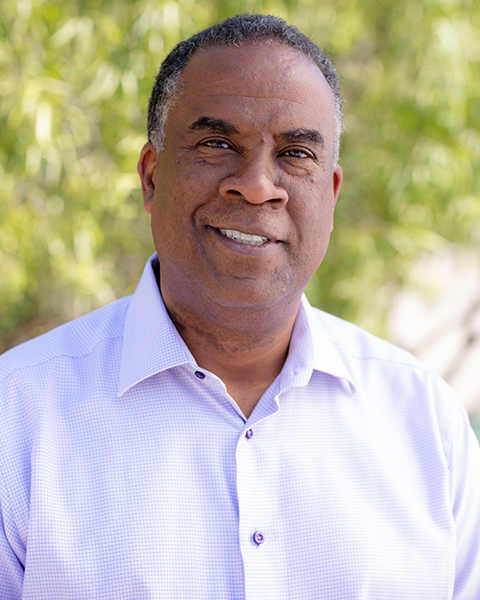 Davis is passionate about history and letting people know about the wealth of knowledge contained in the museum. He shared his thoughts about the importance of children being exposed to the monumental resources that (CAAM) provides. “I grew up in Seattle and we had something called field trips, so even if your parents were not into the symphony, or opera or the arts, you still got exposed to it. Unfortunately, with a lot of the budget cuts in L.A., a lot of the kids don’t get exposed to these places or they only have so much time on the bus, so they go to one museum, but then not have time to come to us. This makes it even more important that institutions are open and make people feel welcome. A lot of people are intimidated by art, a huge part of this is demystifying it.”

Community service is also something Davis takes pride in. Currently, he is on the board of Arts for LA, an advocacy group that assists in leading communities to promote an equitable, healthy, and creative Los Angeles region. It is clear that all around, Davis is a pillar of hope and inspiration in his community, as he continues to involve himself with people and organizations that focus on the betterment of the world. Change begins with one person, and as a conscious human being, Davis knows that he is making a positive difference one day at a time.

In a recent interview with Davis, he spoke about the things that led up to his involvement with the museum, why (CAAM) is needed, and some of the unknown California history that people may not be aware of. He also shared his insight into specific exhibits inside the museum and why they would be of interest to others. Take a look at a portion of this interesting and informative interview below.

Where did your interest in art stem from?

The museum is a combination of art and history with a California focus. I had a long career in the broadcasting and entertainment industry and a lot of it, in the later part of my career, was international travel and setting up different cable networks around the world. I needed something to bide my time, so I started going to a lot of great museums and also started collecting rare books. I just saw the importance of how art was exhibited, and history was told. I also noted that very rarely was there anything about people of African descent and if there was, I didn’t know about it when I left the country. There were so many great stories about people, so I started collecting books and interesting photos. About twenty years ago, I had the opportunity to join the board. The museum is a state museum, so we get appointed by the governor. I was on that museum board for a couple of years and kind of stayed involved since my tenure on the board. But I got to a place in my career where I wanted to do something more service orientated. I had a great career in the entertainment business, but it wound up where I was offered the opportunity to at first be the Interim Director of this museum, then four months later I was made permanent, so I’ve been here about four years now. 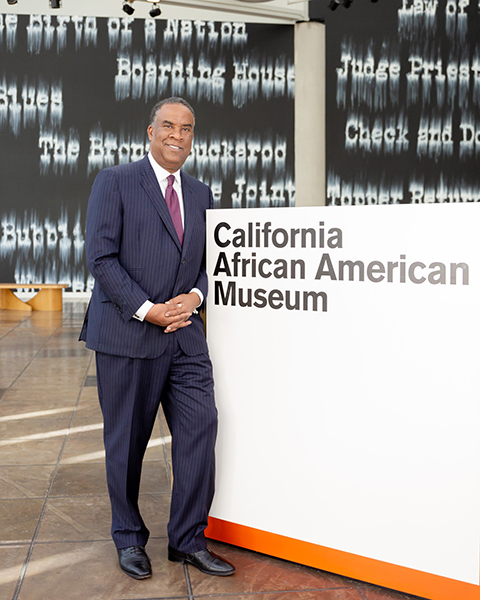 The main thing I’d say is that we are a state museum. Most African American museums are non-profit, or they might be city or county funded. The second thing is that, when most people think of museums, they may have a different expectation. For instance, if you go to the Smithsonian Museum, which is a great museum, the African American Museum, there is very little about the west coast. Most people who think about the west-coast in relation to African Americans may think of celebrities or athletes. But when they compare it to Jim Crow, the Civil Rights Movement, Martin Luther King, the Harlem Renaissance, even as far west as Chicago, they just don’t see us as part of the struggle—may be the Panthers because they came from the Bay area. So, the founders of this museum wanted to really make sure that it focused on the uniqueness of the African American journey to California and the unique artists’ and history of California. So that’s one thing that differentiates us along with us being blessed frankly, to be funded by the state of California and not have to hustle the same way that a non-profit does to sustain themselves.

Do you have some personal favorites in the museum that you can tell us about?

I personally love stories that are not always told, I love biographies. I love people who swim against the tide, so I love reading about people like that, I love exhibits about that. The main thing for us is a couple of things, most museums skew toward people over fifty. This is just not in the black community. I felt that it was really important when I took over, that we change the direction of the museum, so it’s much more relevant for younger people, who are much more engaged in social media. If it was about me, a lot of the exhibits I may not completely get, because I’m not of that generation anymore, but I feel like it’s important of those that are part of this generation to not put our thumb on everything. I don’t have to understand everything, because how someone in their twenties and thirties receives content is very different from someone in their fifties or sixties.

To find out more about (CAAM), visit their website. 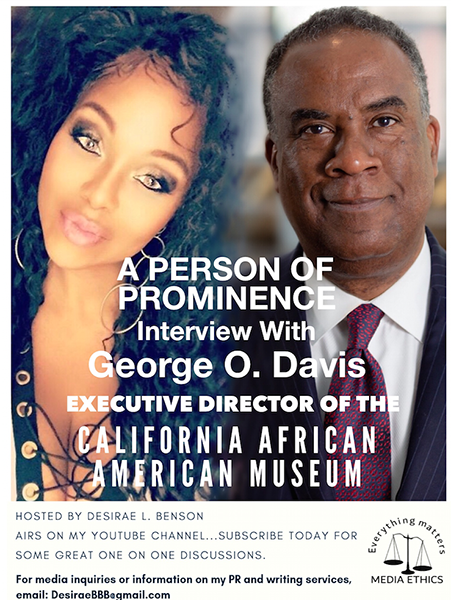 To listen to the full interview with Executive Director, George O. Davis, visit this channel.

Desirae L. Benson is a west-coast based editor, entertainment media host, public relations specialist, content editor, and the host of her own show, “Moved By The Music” where she interviews mainstream and indie artists who are doing great things in the music industry. She also has three other segments of her show which include, “The Person of Prominence”, “The Actor’s Spotlight,” and “Comedians Corner.” To learn more about her, you can visit her website here and connect with her on Facebook and Instagram: @DesiraeBBB 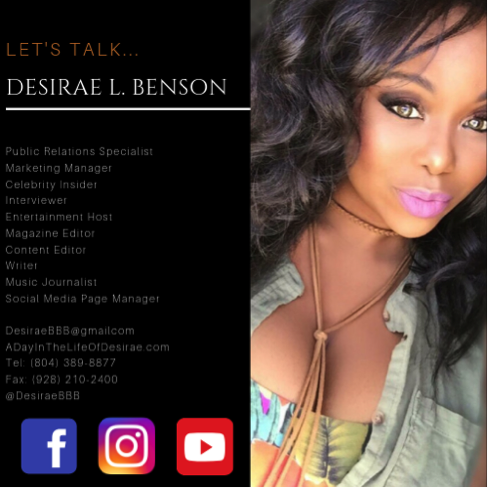 All images of George O. Davis by HRDWRKER