Flint Tale: The Fragility of Fortitude in the Fight For Flint

Marc Cayce’s film, Flint Tale, has a compelling plot along with some great Hollywood talent to make the story come to life. The film delves deep into the lives of the Hartwell family, and how the Flint water crisis begins to unravel a web of lies, accusations, and heartache, with water contamination being at the source of controversial decisions being made in a town where people are seeking justice and not giving up hope.

On a national level, we are all well aware of the deplorable water conditions in Flint, Michigan. We have seen people from all walks of life speak up repeatedly about the crisis. Just recently in the news, the young actor Jaden Smith has joined forces with a local Flint church to deploy a water filtration system to help with relief efforts where disgusting conditions plague the community even through today.

In a recent interview I did with a few of the actors who play in Flint Tale, I was able to learn much more about two talented people who are full of the passion and the purpose to send an important global message that goes far beyond their life as actors, but instead, touches on their own hearts as men. 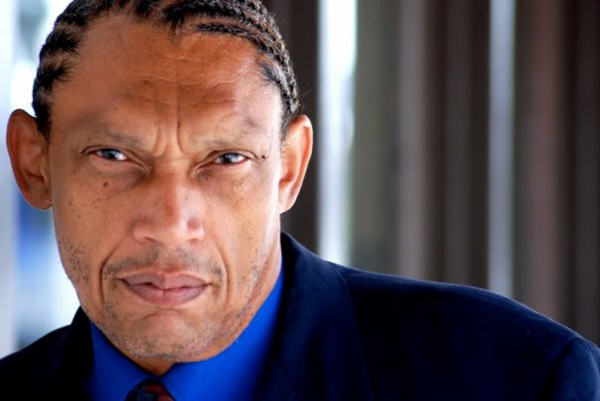 Hawthorne James, known for being the infamous Big Red Davis in the movie, “The Five Heartbeats” and Titus Thorpe—the tall dark and handsome actor from Director Marc Cayce’s movie, “A Day of Trouble,” in which both men appear, sat down and shared how they personally related to their roles in a movie centered around the town of Flint, Michigan.

James, who is the leading character in Flint Tale—was born and raised in Chicago and developed a love for acting at an early age. He has a vast history in the entertainment industry and talked candidly and humorously with me about how he got his start in Los Angeles.”I figured if I could make it in New York nobody in LA would know who you are, but if you made it in LA, you could always go to New York to work because everybody would know you.” As the lead in the film, James plays the role of Chief Hartwell—a man who has been on the police force for decades, decides to blow the whistle about the water contamination, but gets framed in the process. When asked about why it was important for him to do the film, he carefully explained, “This film shows the struggle of how we really are, as opposed to how outsiders see us. This film shows the struggle of how we fit into the system, why we fit into it and how we can manipulate and change the system.” 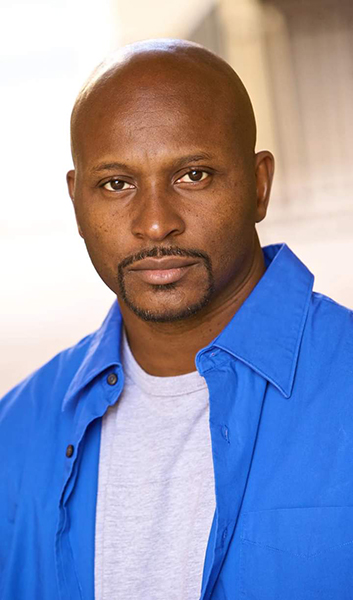 Thorpe, a native of Pottstown, Pennsylvania, is a newcomer to the industry and is making a name for himself with his talent and striking presence. He has such a humble spirit and at the very start of our discussion, he made sure he thanked God for getting him through all of his trials and tribulations.

As talented as Thorpe is, he has a background in sports and actually started out with a basketball scholarship through Virginia Union University. When asked about the main reason why he chose a career in acting, he said, “I needed to do something extraordinary. I was never a child actor or anything, but once I had my first kid, I realized the struggle was real. It just came late in my life.” Thorpe plays a security guard and a colleague to James in the film. Thorpe shared, that he is very attracted to roles related to law enforcement. He is very passionate about what has been going on with Flint in relation to the water crisis and shared his thoughts on the issue, plus more in our interview. “This is a national outcry, it’s a big film and a crisis that’s going on. I want to be a part of it. It’s like a conspiracy, so many people knew about it. We are all concerned.” Thorpe is correct in stating that it’s a national outcry. Lives have been drastically affected, people have died from the impact of the water contamination, and many are still suffering.

Read a few brief snippets of the interview I did with these incredible actors below.

So what message do you want people to get from the film?

Hawthorne James, everybody’s looking forward to seeing what comes about with this film and all the good things that you’re going to be doing on into the years to come.

Hawthorne James: Oh, thank you, Desirae. I appreciate that.

Titus, what are your thoughts, not only as an actor but just as a human being, on the situation in Flint?

It has been wonderful talking with you.

Titus Thorpe: It’s my pleasure. I’d like to thank you for giving me this platform, ’cause you are quite the talent here. Desirae Benson, you know? You’re big time, too. I want everybody to know that I’m honored to be on your Actor Spotlight segment, and God bless you.

For the FULL INTERVIEW that includes all the questions and answers, please click here!

Desirae L. Benson is a writer, content editor, magazine columnist, and entertainment media host and PR Representative based on the west coast. She hosts her own show featuring four different segments with celebrities, musicians, and people of prominence. To find out more, visit her on Facebook and IG by using @DesiraeBBB or the hashtags: • #AdayInTheLifeOfDesirae • #DesiraeBBB • For Media Inquiries,