From Foster Care to Fame: How This Actor Beat the Odds of Living Out His Dream

After being raised in foster care myself, I was truly inspired to hear a very similar story from actor Monti Washington. Hearing how he overcame childhood sufferings and went on to become a successful actor was truly encouraging to the soul. It’s not often that those who share our experiences, wounds and sometimes disadvantages in life, get to tell how they beat the odds placed against them, and the judgmental views that society tends to have on those who are in Foster care.

During his youth, Monti traveled from home to home as a foster child, which was something I could definitely relate to when I look back down memory lane. Yet now he is living out his dream of being a national public/motivational speaker, and a featured actor as “Terrence” on BET’s newest and sexiest TV series titled, Games People Play. Monti has a recurring role playing Nia’s ex-boyfriend and LAPD insight, “Terrance” on the show.

But before the speaking engagements and acting success, Monti overcame quite the journey, going from being taken from his parents at a very young age to being placed in foster care. Today, Monti surpasses the statistics, he started his own speaking engagement platform titled, Montivation, a foundation used to motivate and empower Millennials, and foster youth as well as guide them through to their success. Statistics show that less than 3% of foster youth graduate from college nationally each year, and, less than 2% of foster youth graduate with a Bachelor’s Degree before they turn 25. With those statistics, foster children and foster families are topics that are rarely talked about, and it’s Monti’s initiative to do so and motivate foster children who feel lost or don’t know how to identify their passion and/or dreams.

Here’s what he shared with me during our discussion.

Tell me briefly about how you ended up in Foster care and the challenges you faced growing up in that system?

I was in foster care due to my mother’s drug addiction. I was abused both verbally and physically, including being locked in a room for nearly 24hrs a day for about 3 months. Along with constantly being told that I wasn’t sh*t, that led to me attempting suicide a couple of times. The biggest struggles was that constant feeling of being alone despite having my two younger brothers with me. Also, the constant change of environments kept me in a state of confusion about what’s to happen next. 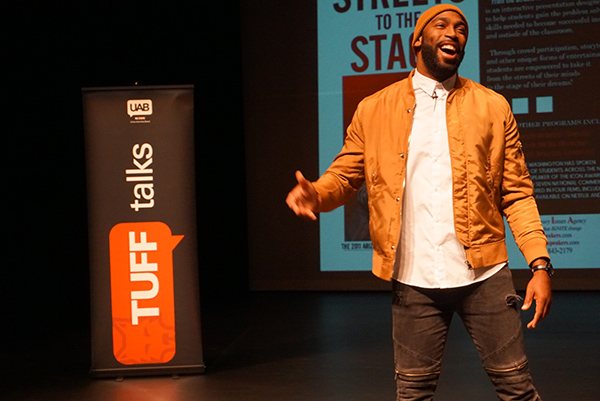 What was the greatest lesson you learned about yourself after experiencing foster care?

The greatest lesson was that I needed to learn to love myself. When you feel alone, you feel the only love out there is the love someone else gives you. I learned the most important love is the love we give to ourselves. Learning how to love yourself and maintain that love in the midst of adversity is everything.

What would you say to young people who are currently in foster care and feeling rejected? Share with me about your motivational speaking business called “Montivation.”

“Montivation” is motivation for a generation in need of inspiration. It is a public speaking, coaching, and training business that focuses on personal growth and diversity! Its focus is on Engaging, Entertaining, Educating, and Empowering audiences and organizations to understand that “We don’t look like our story”. I help people gain the confidence, clarity, and consistency to become the best version of themselves.

Were there any challenges playing the role as Terrence on BET’s Games People Play?

The real challenge is bringing a character to life when it’s a brand new show and a brand new character you have to create in the moment. I was not the lead of the show so my job as an actor is figuring out how to support my lead cast and help the main storyline get pushed forward. And like most new shows, there are a lot of last-second changes that you have to adapt to quickly and still deliver a great performance, which is a challenge in itself. 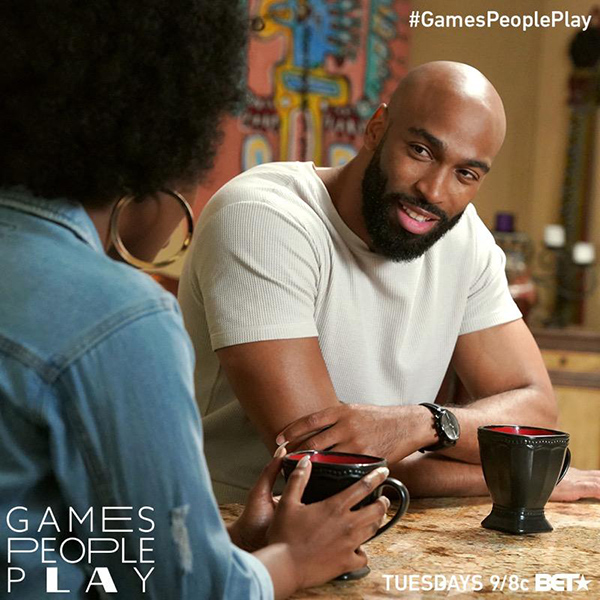 Do you relate any with the character Terrence on the show?

I relate to the fact Terrence goes after what he wants in life without hesitation. The way he goes after Nia is something I would do if I wanted something. Also, his ambition to progress in his career is definitely something I can relate to for sure!

What new upcoming projects do you have?

I’m working on my second book currently, and writing my next stage play. I’m also starring in a play called “Two Rooms” premiering this August at the “Victory Theater” in Burbank.