Podcasts are a big hit nowadays and if you haven’t the podcast that has hooked you in, we’re about to introduce you to the one that will change your outlook! GeekSet Podcast is commentated by Didge, Bacardi, Lib, and Young Deuces who all have achieved much success in the world of entertainment. We caught up with the four founders discuss what makes their podcast different than what you already hear in the podcast realm today and how they’re uniquely combining hip-hop and geek culture in one!

What inspired the creation of GeekSet Podcast?

Young Deuces – It was truly organic, I used to watch a lot of these video’s about comic books, anime, video games & listen to podcast about Hip-Hop and the culture and the one thing I noticed was though both cultures are similar, a lot of people that look like me aren’t talking about it on a platform.  Either the Geek culture would be overly operated by one or the Hip-Hop culture would shy away from talking about the Geek topics because of the stigma around it.  But I knew that they both can exist with each other because of people like the ones involved in this podcast.  You all are truly hearing how a normal conversation for us happens and we just put a mic to it.  It opened the door for thugs to finally say “Yeah I do like Anime” and for the “Geek” to finally feel ok to speak with them about it, ha!

Lib – Yeah I mean we have always had conversations about geek stuff so naturally when Deuces mentioned the idea of an urban geek podcast Bacardi and I immediately jumped on the opportunity.

Bacardi – And coming from a hip hop background, secretly loving anime, comics, video games, and ultimately feeling awkward sharing that side of themselves this gave us an opportunity to finally get together and share this with the people who care.

Didge – But the creation of GeekSet really came from the need to create an avenue for a different type of voice to speak on the topics we like. We all love popular culture geek culture and anime’s but we don’t typically see people who look like us Creating content to discuss those avenues, so we decided to be the change we wanted to see. 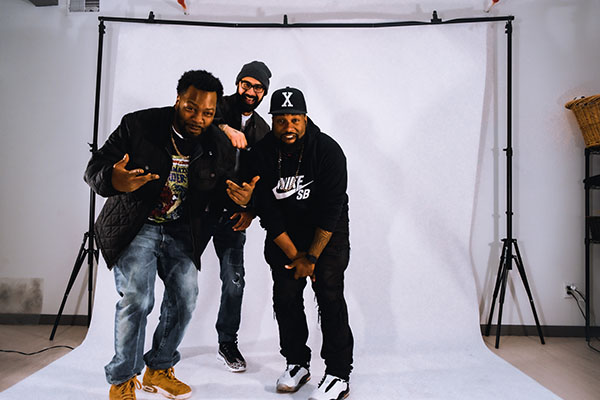 How did the idea come about to merge hip-hop and geek culture?

Lib – Honestly, it was never an idea nor intentional but we noticed that there is a lack of representation of Hip Hop culture within Geek culture even though, since hip hops conception, comic books, movies, and all things geek have influenced rappers whether it be a punch line or an Alias such as Iron man, Tony Stark aka Ghostface.  I guess the idea came naturally.

Young Deuces – We felt that these connections need to be made and talked about in a detailed manner.

Bacardi – I do believe that hip hop and geek culture play a synonymous role together though.  The creativity in geek culture has spread into hip hop or urban culture. It’s being embraced in fashion, music, lifestyle, sports, etc. By people who look like us, something we have been secretly loving for years. 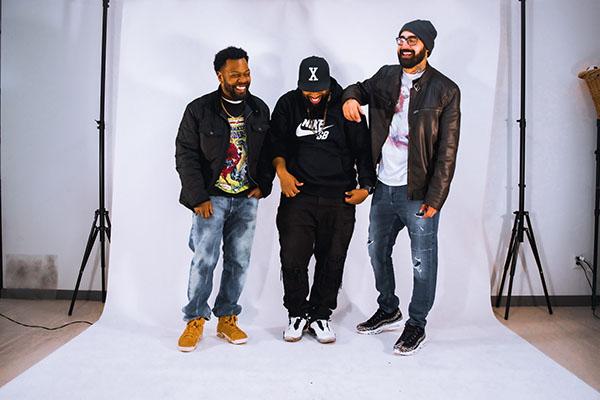 What do you believe makes this podcast stand out against its competitors?

Didge – Passion! The thing that sets us apart is the same reason we wanted to combine hip hop and geek culture. Geekset is comprised of people who took their passion and wanted to share that with the world. All of our initial passions were music based on a secondary passion that is geek culture. With so much of hip hop culture alluding and taking inspiration from geek culture, we feel uniquely positioned to show our combined passion to the world.

Bacardi – That the chemistry we build. We all came together and since the 1st show, we have grown into a great sounding team. When one is missing you definitely notice it. From my laugh to Libs intros, to Didge holding us accountable and Deuces hot takes, every show finds a way to make you laugh.

Young Deuces – It’s just naturally us! That’s the thing that makes a podcast work, it isn’t just the knowledge or the topic, it’s the hosts.  When you hear our banter, equipped with the knowledge that we do have and the fun we do have, you feel like you right there in the studio with us.  You want to join the conversation because the points either connect or make you say “Now hold up now!”

What can we expect to see from GeekSet Podcast in the future?

Bacardi – Visualization. We want people to see us, inspire others who look and don’t look like us. Provide more content, cover more great Cons, meet and interview  exciting  people, and put Geekset in front as a place to find the best content for geek culture  and hip hop culture

Young Deuces – We have high ambitions to be a hub for all things Geek & Hip-Hop.  Staying true to our makeup and introducing the people to a blended world they didn’t know existed.

Lib –  Expect to see us always representing what we love. 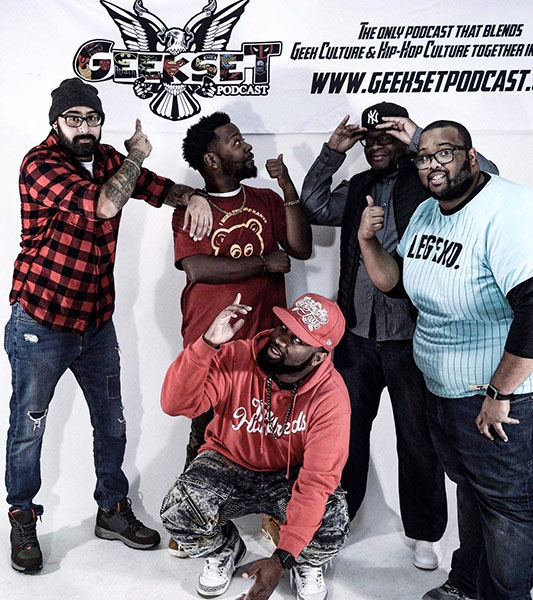