Everyone knows Erica Thomas as a woman who means business! Thomas came into the world of politics as one of the youngest representatives and she is the only elected official in the state of Georgia that was a foster child. As an author, speaker, mentor, and philanthropist, Erica is open about her experience in foster care and uses her past as her motivation to help foster care and women all over the world. In this exclusive interview with SHEEN Magazine, Thomas shares her story and why she is so passionate about helping women rise to the top!

So my name is Erica Thomas and I am a State Representative for District 39 in the state of Georgia. I have been a rep for about five years now. Going in, I was one of the youngest reps in America! I’m pretty sure some people caught up to me now (laughs) but I am the only elected official in Georgia that was a foster child.

Do you mind sharing your experience growing up in foster care?

Wow! Well, we don’t have a whole hour or three but long story short, I went into foster care at the age of 14. I was taken out of my mother’s care for neglect. I went to about five different homes in a year. One home was a racist home, I slept with a rebel flag over my bed, camouflage sheets, and cried every night wanting to get out of there. I ended up going to another home and abruptly had to leave there too, I found out that the mother was on drugs so I was removed from there and put into a couple of different other homes until I found the last one that helped me onto my journey to college where I found myself. I was able to go onto do great things and I want to be able to share my story so that young people can see that they can do it too! They can go to college and do whatever they want to do!

This month is an amazing month because May is Foster Care month so its all about bringing awareness to that!

Can you tell us about the nonprofit organizations that you have found? What inspired the creation of each one?

Speak Out Loud was created because I felt as if a lot of people’s voices were silent, especially foster children. A lot of them believe that they don’t have a voice or they were too scared to speak out. Speak Out Loud is pretty much elevating the voices of foster children all over the world. We’ve traveled to many countries in Africa! We support many orphanages and we were able to do a lot of things like build a library. We’ve also gone all the way to Thailand! It’s all about spreading the word and awareness that these young people can use their voices even if its voices of different languages from all over the world. That non-profit has really grown since 2013. We also do a lot of different things in the metro-Atlanta area. We do Birthday Wish, where we go to the Covenant House, which is the largest teenage homeless shelter in America and we do a birthday party for the kids there, its amazing! We do it as often as we can so we can shine a light on the kids and make them feel good. When I was in foster care, my birthday was forgotten, that was the last thing that was on anyone’s mind. Highlighting their birthday is an amazing thing and I think the kids love it!

Why do you believe that women in leadership is so important?

I believe that there are not enough of us. I think that empowering women to speak up and be in leadership is huge! When a guy thinks about going up for a job or promotion, they are about 20% sure that they are qualified to get the job. When we go up for a promotion or leadership promotion, we have to be 200% sure that we are able to have that position and that we are qualified for that position. It shouldn’t be like that. We should be able to see other women and know that if one woman did it, we can too. I really believe that empowering women is huge because, in comparison to our counterparts, we think about so many different things when we’re in leadership positions. We really breakdown conflict situations and look at it all different angles. A lot of our solutions are not one-sided and so you need women at the table! I believe in empowering women and uplifting one another is the way to make sure that more women are at the table. It’s one thing to get there but you’re nothing if you’re not reaching up there and helping someone else.

Wow! I really would love to a US Ambassador and have a footprint in the world of helping orphans and foster children. To be able to have a footprint and say that I came, helped, and is huge for me. I think being a US Ambassador would definitely help that. The other thing is raising a family! I am six months pregnant now and I hope that I can inspire my two girls to be leaders and to know that their mom was a woman but didn’t let that get in the way or her doing anything. I want to inspire my children to be great and women all over the world. Whatever God puts in my path, I hope that I can execute it.

I started a Georgia Entertainment Caucus to bridge the gap between the entertainment world and politicians. We’re doing a lot of big things; hopefully, we will be building a museum, and overall highlight the music industry in Georgia, which often gets left behind by the film industry. We’ve got a lot of hard-hitters on the board and they’re making waves to make sure people come to Georgia to start their music career! 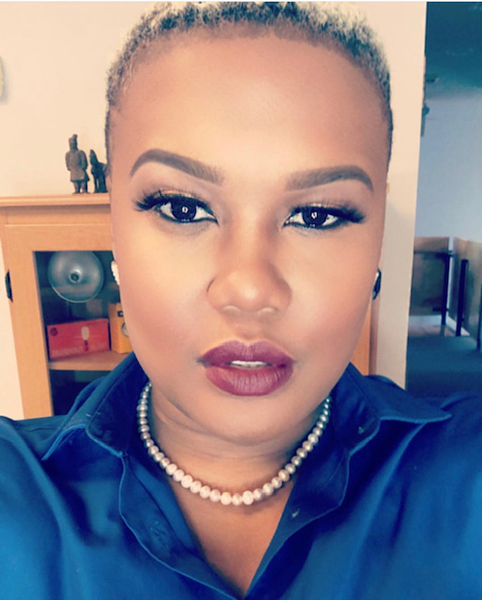 Stay connected with her by following her on