Grammy Award-Winning Artist, Howard Hewett Discusses His NEW Single, “U R The One” and Shares What You Can Expect to See for His Performance at the 2019 KIMMIE Awards

Grammy award-winning artist, Howard Hewett sat down for an exclusive interview with Sheen Magazine to talk all things music! Follow along as Hewett shares insight into his brand new single, “U R The One” that released TODAY, performing at Sheen Magazine’s fifth annual KIMMIE Awards, and the launch of his hat line, The Howard Hewett Collection!

Do you mind describing your musical journey in order for you to get to where you are today?

Wow! Well, TV One featured me on an UNSUNG episode. We began the story from the beginning when I was ten years old and had to cram 50 years in 48 minutes and it was crazy but they did a great job! When I look back at that, it kind of chronicled the time from when I was ten-years-old. We had a gospel group called, The Hewett Singers until I was about 14-years-old. We didn’t just sing in front of a congregation on Sunday, it was a professional gospel. My mom was a professional gospel promoter in the Cleveland so she would bring people in from James Cleveland to Albertina Walker, The Caravans, The Violinaires, and so on! Once we put The Hewett Singers together, we would open up for every show that was brought in. In the summertime, we would travel on our summer vacation.

At 14-years-old, I went into the R&B world and started playing bass. I couldn’t quite clash the whole playing an instrument and singing at the same. I had to make a decision, so I decided to put the bass down and become a singer. We put together a band in Akron, Ohio called Lyfe. We toured up and down the east coast, Midwest, and so on.

At 19, I came out here to California. Two or three months after getting there, we formed a group called The Beverly Hills. We did everything and we traveled overseas for about a year and a half.

When I came back, The Beverly Hills broke up and was kicking around, doing little session dates here and there throughout Los Angeles. I started working with this producer at Motown for a solo album for Eddie Hazel, a guitarist for Parliament-Funkadelic. I worked with them for about two to three months then I got the offer to join Shalamar.

Tell us about your new single, “U R The One” releasing on April 19th.

I didn’t write the song. Leon Sylvers, Shalamar’s producer and I worked together on this single. I’m excited about that because when people talk about the Howard Hewett sound, Leon Sylvers had a lot to do in terms of developing that. He wrote and produced songs and presented me with about six or seven tunes and “U R The One” was one that stood out to me. It’s special to me because it was the opportunity again to work with Leon Sylvers.

You will also be launching your own hat line, “The Howard Hewett Collection this summer. Can you give us insight into that?

This is something I’ve always wanted to do because I love hats! I researched and researched over the last few years, talked to a lot of people, and I am excited but I want to clear on the direction of anything that I do. We’re starting out cautiously so we can have a few initial hats and we’ll branch out later on in terms of style and seasonal hats. I’ve always been interested in broadening the brand in this way so I’m really excited!

You will be performing at the Sheen Magazine’s 2019 Kimmie Awards! What can attendees expect to see?

A lot of fun! I’ll take you back to some old school Shalamar stuff, old Howard Hewett stuff, and come up to some new Howard Hewett stuff. We’re just going to have a lot of fun. I enjoy interacting with my audience and I don’t like just staying up on stage, I want to sing to the people so that everyone can have a personal touch and enjoy the show in a personal way.

I’m working on finishing the rest of this album, I haven’t decided whether it will be an EP or a total album yet but there are a lot of different things going on. I like to be involved in diabetes awareness as much as I can. Anytime I do something, I like to give towards diabetes research and give back to children. Diabetes is near and dear to me because my mom passed away in ’91 from diabetic complications so anything that I can do to further the research or help, I like to try and do that! 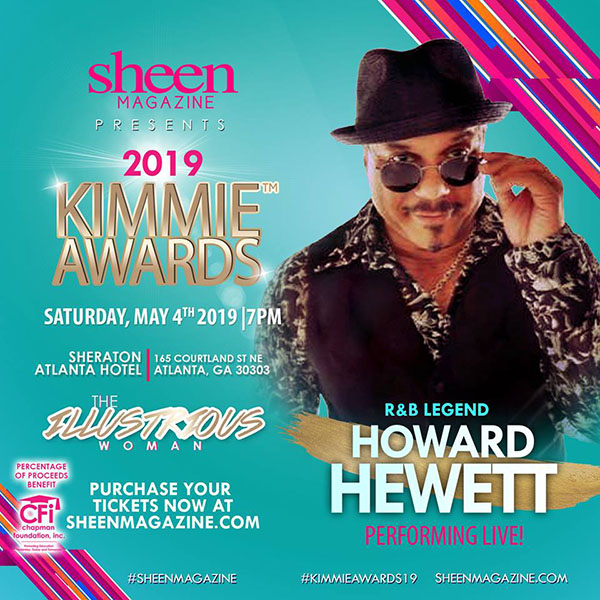 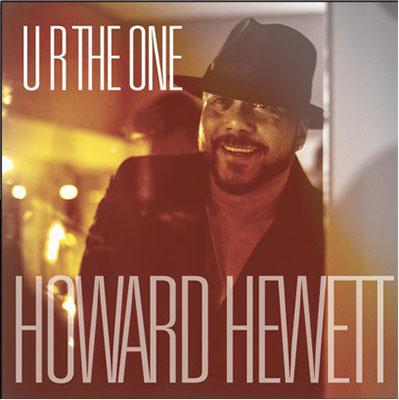 photo provided by The Dupree Agency

“U R The One” is available TODAY, April 19th on iTunes, Spotify and Amazon Music!