We recently had a chance to get to know two remarkable artists in the world of music, Hannah Eggen and Gianluca Gibbons, popularly known as HEЯITAGE. The music group recently released their new single, “Fashion Slayer” and to no surprise, it has become a hit! Join us for our exclusive interview with pop/soul duo, HEЯITAGE as they discuss how their group formed and the inspiration behind their newest single.

Tell us about yourselves. What made you want to get into music?

Hannah Eggen: From young, I knew I was going to be a performing artist. My family encouraged this dream of mine. Since I knew so early on at the age of 6, I have tailored my focus towards that.

Gianluca Gibbons: I come from a family of music lovers who inspired my journey. Everybody had their hands in music somehow. From the age of 8 I was already singing in church and playing the saxophone, and now I’m a music addict. I love it.

How did your HEЯITAGE duo group form?

The HEЯITAGE Soul/Pop duo began brewing back in the winter of 2014. At the time Hannah had a solo career in New York and Gianluca was finishing up college in Southern California. Gianluca had just written a summer themed island track that he presented to Hannah to sing on.

Hannah: He called me and said he had a song he had written, and thought my voice would do it justice. After hearing the song and seeing the vivid picture it painted, I was elated to sing it.

This collaboration sparked Gianluca and his band HTG to invite Hannah to join them on their 2015 Bermuda Summer Tour. 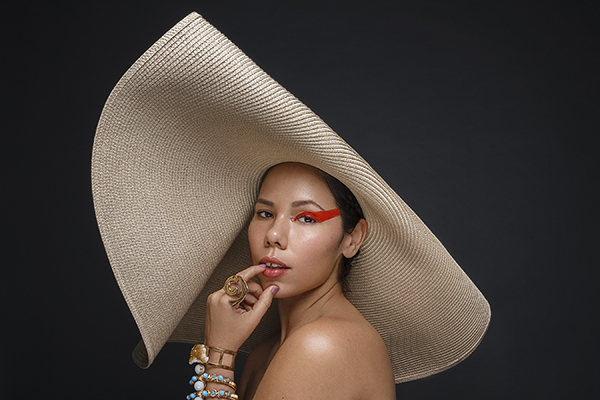 Gianluca: Hannah really killed the vocals on the track, which left us no choice but to have her be the lead singer for the 2015 Bermuda Summer Tour.

The group gelled so well during the summer tour, they invited Hannah to join them again for their 2016 Southern California Winter Tour. 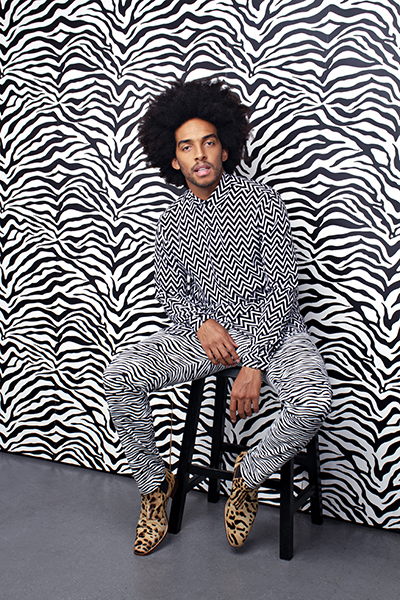 Hannah: The tour was supposed to last a month. I’ve been here for 3 years!

Gianluca: It’s safe to say Hannah wasn’t going anywhere. It’s taken us all 3 years to get where we are, and there’s no stopping us now!

What inspired the creation of your new HEЯITAGE single, “Fashion Slayer”?

Hannah: We were in a place in our journey that didn’t give us much time to create music. One day, we were together and decided to write whatever came to mind, record it right there, and not edit anything.

Gianluca: I have these timeless Giorgio Armani shades that my mom had gotten back in the ’80s, and some new Chelsea suede boots sitting on the floor. The struggle was real, but these two things made me feel good.

Hannah: It’s funny ‘cause we were in the land of struggle, but Gianluca’s Armani shades and Chelsea suedes sparked something special.

Gianluca: We live by the belief that fashion is music you can wear, and captured that in this single.

Hannah: The definition of a ‘Fashion Slayer’ is as simple as someone who displays confidence in whatever they have on. It’s not about following trends, it’s about wearing what makes you feel good with confidence, and having fun with it!

Gianluca: We come from a small island in the Atlantic ocean, Bermuda, that embraces a vibrant expression in music and fashion. So technically, the song has been inside us for years.

You have opened up for many artists including Natasha Bedingfield, DJ Khaled, Wyclef Jean, just to name a few. Do you guys have a favorite artist you’ve worked with thus far?

Gianluca: So remember the summer track I asked Hannah to sing on back in 2014? Well, the first time we performed that live, was opening for international reggae legends Tanya Stephens and Wayne Wonder during the 2015 Bermuda Summer Tour.

Hannah: Working alongside Wayne Wonder and Tanya Stephens was such a memorable experience. Their energy on and off stage was so inspiring. Not to mention it was this performance that Gianluca and I realized we had something great together.

Are there any upcoming HEЯITAGE projects you could give us insight into?

Gianluca: We are releasing our debut album, “The Color Blue,” this year. We cannot wait to share with you all.

Hannah: We just released, “Fashion Slayer,” the second single from the album, and the music video for it is dropping in late March. I have to admit, it’s pretty incredible… just saying.

Gianluca: We wrote, then co-produced the album with legendary producer Tommy D. Daugherty, who has worked with greats like Paul McCartney, Tupac, Celine Dion, Prince and the list goes on. Let’s just say, this album is no joke.

Where do you guys hope to see yourselves in the years to come?

Gianluca: We write music out of necessity, and share it to inspire and uplift others with the blessings we’ve received. The goal of the art we create is to find a place of relevance in the lives and hearts of our listeners.

Hannah: The goal is to continue creating at a level that meets the needs of those who benefit from our art. We hope to see ourselves doing what we’re doing now with an even higher and broader impact. Music can save lives, so hopefully, we’re somewhere in the world doing just that.

Stay connected with HEЯITAGE by following them on

All images by Jerris Madison | provided by Maven Media Management