Ilfenesh Hadera Gives Insight into Her Role in the Upcoming Original Series, ‘Godfather of Harlem’

New York native, Ilfenesh Hadera is no stranger to the big screen. We know and loved her in Baywatch and who could forget her role as Opal Gilstrap in She’s Gotta Have It? Hadera is set to portray Mayme Johnson in the upcoming original series, Godfather of Harlem, in which she plays a woman who exemplifies gratitude and strength. We couldn’t think of anyone more fitting for the role! We caught up with the beautiful actress to discuss her exciting new role in the new series, her roots, and much more!

Can you tell us a little bit about yourself and how you got into the acting world?

I grew up in Harlem, I’m from here, and I still live here. I went to schools in New York City that really fostered children’s love for arts and performance. I guess it was the summer of ’98, there was a school down the street called Harlem School of the Arts, which is still there. They had an incredible theater program and my mom gave me a choice and a little independence. She offered summer camp (which I felt like I was getting a little old for) or go to theater courses. Reluctantly, I said that I would do theater because I wasn’t a shy kid but the idea of being in the spotlight was something I had to get used to. I pretty instantly fell in love with theater. From there I went to Laguardia High School and after four years, I felt like there was nothing else for me.

What can we expect to see from the upcoming series, Godfather of Harlem?

The series takes place in 1963 and it is a beautiful look at Harlem. It’s a different look at the city that we see generally. There’s poverty and the struggle of the civil rights movement. We also see the glorious side. The creators of the show did an amazing job at balancing the dark side with the soul of Harlem. It was such a vibrant place back then and it still is. It’s full of music, fashion, community bonds, and pride. There’s a real emphasis on the great and unique parts of Harlem. 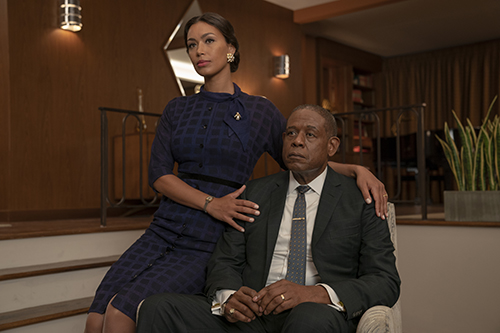 Could you give us insight into your role in this new series?

I play Mayme Johnson and she is a woman who is from North Carolina. She’s Bumpy’s wife and confidant. She was alone, raising a child for the 11 years that he was away. She held it down in terms of business and in terms of family as well. I imagine that people in the community turned to her when her husband was away. She is a strong, grounded, realistic woman, partner, mother, and community activist. She had a youth group that got kids in the community involved and off the streets. 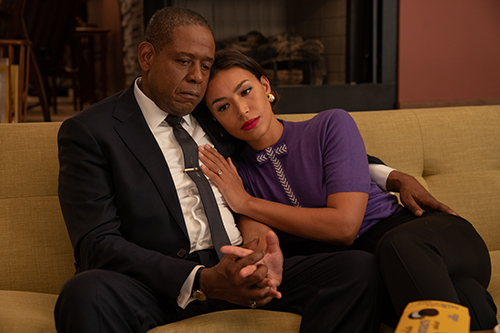 You got to work with some pretty big names in the world of entertainment for this project. What was it like working with such great talent?

I mean initially it was kind of intimidating (laughs). All of that faded away so quickly because everyone on the cast is so talented and so incredibly warm and generous. Forest Whitaker is such a generous scene partner, it was a true dream to work with him. You have to rise to the challenge when working with such talent and I hope that it brings the best work out of me.

All images by David Lee/EPIX | provided by Allied Global Marketing