J Nycole Ralph on Educating, Empowering, & Raising Consciousness in All She Does

Actress, writer, and producer J Nycole Ralph is best known for her roles and Conseula and Anita in Broadway’s tour of West Side Story and the co-founder of theater company, Laugh With You but with the release of the hair-centric sitcom, Working Out the Kinks, she’s giving us even more of a reason to adore her! We caught up with the woman of many hats to discuss what inspired her to create Working Out the Kinks, her exciting role in Broadway’s Book of Mormon, and much more!

I am a human being who loves love. I love spreading love, being loved, and seeing people enjoy love. I love facilitating these sort of things. My main goal in life is to entertain or create a good time while also educating, empowering, and raising consciousness. I would say that is my mission statement. All of these things kind of go back to love at the root in one way or another.

Entertainment brings people joy. I’ve spent my entire life entertaining pretty much. I went to school for dance at Alvin Ailey Dance and started my career as a dancer. I did concert dance, amusement parks and cruise ships, then branched out into musical theater and Broadway. Musical theater then brought me into acting and acting has branched me into producing.

What inspired the creation of Working Out The Kinks?

I wanted to create a show that first and foremost, I loved because I wasn’t being cast in the film and television shows that I wanted to be cast in. Therefore, I wasn’t able to do what I loved, which was acting. I wanted to create a platform for me to be able to share my gift and love with the world. Along with that, I wanted to create a show that the audience would enjoy. Sitcoms like Girlfriends and Living Single were inspirations for the show as well as other web series such as Awkward Black Girl and The Unwritten Rule. Finally, I would say that women were the inspiration for the show because I kept noticing whenever black women would get together, someway or somehow hair would come up in discussion. Whether it was brief, it never failed, someone would always mention hair. I also noticed that despite this and despite all the blogs and tutorials, there were no shows that centered around our hair other than at the time.

Tell us about your character Jada. Do you think you two relate in real life in anyway?

Let me say, Jada is a leader but she doesn’t feel like anyone is following or listening to her. She’s the one who is responsible enough to pretty much run the business and logistics of the apartment but it’s often like pulling teeth to get her roommates to fall in line. She’s an actress that can’t seem to get a job. She wants to be loved but doesn’t date anymore because it doesn’t seem to go right. That’s Jada in a nutshell. Do I think I relate to Jada in real life? Absolutely yes! (Laughs). The character Jada was actually loosely based on me. If you were to watch episode 10, Jada’s full name is mentioned, it is Jada Cole, which gives amish to me J Nycole. I definitely relate because I’ve been in that place in my life where I felt like I had the capacity to do so much more but people couldn’t see me, understand me, or just wouldn’t listen to me so they didn’t get to know me or my true capacity. I’ve definitely grown out of that to a certain extent but there’s still some of that there that I deal with. 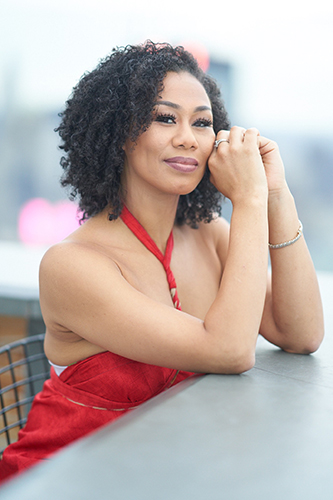 Can you tell us about your part in Broadway’s The Book of Mormon?

It’s been phenomenal, a dream come true! I was first hired as what is called a universal swing. That means I know all the female roles in the show not only the Broadway production but also in the Broadway touring production. Because the two productions are slightly different, that means I needed to know nine different roles. I did that for awhile so it gave me a taste of life on Broadway and life in a Broadway touring company. Believe it or not, I actually preferred the touring company. When a spot opened up on the touring company and they offered it to me, I said yes! That’s how I got to where I am right now.

Swings ultimately save the show. They’re there when someone gets sick, injured, or just needs some time off. We make sure that the show goes on. I’ve literally had to go into a show in the middle of a show on more than one occasion because someone got hurt while being in the show. I have to go in and do so seamlessly and flawlessly so that the audience don’t even notice it. Usually, the audience doesn’t notice it. If no onenoticep then I’ve done my job, the audience sees a great show with no hiccups, no stops, and no cancellations.

I’ve spent a good part of my career avoiding being a swing because I felt that swings were just backups and that no one cared about the swings. That’s such a misconception because I started to notice that swings are quite often the most talented people in the cast. I’m not just saying it to be braggadocious. It’s just something I’ve noticed about swings because they have to be talented! You have to be able to sing every single vocal part well, dance every part well, and learn every single part of every role. I say all that not to toot my own horn but because I like to educate others on what swings are and advocate for us. I feel like swings have been underestimated. Truth be told, swings are so talented and the highest paid in the shows because they’re valued so highly by the show’s producers. 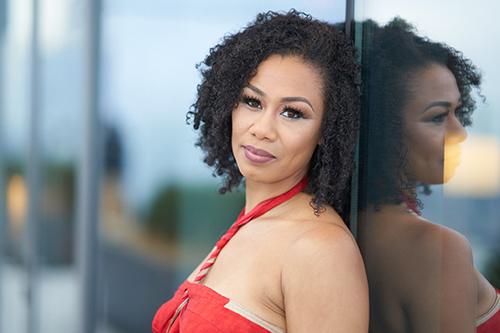 What can we expect to see from J Nycole Ralph in the future?

I love this question! Ultimately, long term what you will see from me are many shows and/or films that I’ve created or helped create, hopefully on a large scale whether it’s the big screen or networks like OWN, BET, or my own. You’ll also see me in lots of these shows and films and on the Broadway shows as well.

In the more immediate future, you will see me in another Broadway show once this show is done in August. Also, I coach people transitioning or want to transition into the arts. I coach others into getting their first gigs, whether its actors, singers, or dancers. Also, I’m an executive producer on a feature film coming out soon titled, Lola by Antoine Allen. It is the first African American female boxer movie and it stars Taja V. Simpson of Tyler Perry’s Boo 2. Finally, you’ll be seeing the next season of Working Out The Kinks. Trust me when I say, we’re going to take the this season to the next level! If you have not seen all of season one, do so now because we’re about to be on another digital platform, stay tuned, we’re about to take it to the next level. 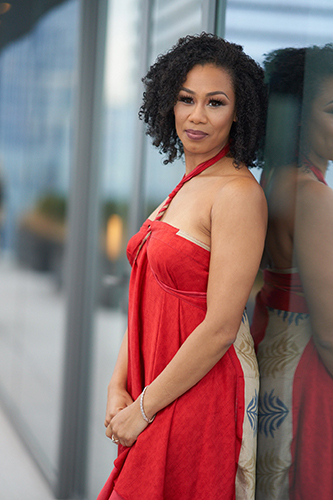