Jasmin Pierre Opens Up About Contemplating Suicide, Dealing with Mental Health, & Her Mission to Help Others

Jasmin Pierre was 20-years-old when she was diagnosed with major depressive disorder. Six years later, she attempted to take her own life. Surviving that and moving beyond that point in life, Pierre began to take her life seriously. Now ten years later, Jasmin is a certified peer support specialist, mental health advocate/speaker, and the author of a book titled, “A Fight Worth Finishing.” We caught up with Jasmin to dig deep on the deep details of her experience with depression and suicide, creating the app, The Safe Place and why she is so passionate about helping others overcome it.

Well, I’m from New Orleans, Louisiana and I’m 30-years-old. I’ve had The Safe Place app for about a year and a few months now. I had the idea for a couple of years and I was finally able to bring it to fruition. I didn’t know how to code or if I was going to be able to do it, it was a lot of frustration but I figured it out and I have been trying to help my community!

You contemplated suicide at one point. How were you able to deal with that and begin to take your own mental health seriously?

When it first happened, it felt so horrible because I wasn’t taught to take care of my mental health growing up; it wasn’t something that I really saw in the black community. I didn’t really come to terms with having a mental illness for years. I was diagnosed with depression at the age of 20. It took me until I was 26-years-old, after a suicide attempt when I realized that if I don’t take care of myself and come to terms with my illness, it was going to kill me. Being in the hospital and almost dying was what made me say to myself, “I don’t want to go through this anymore, I want to live a life better than I live now.”

Tell us about your book, A Fight Worth Finishing.

My book is on my story about depression, my suicide attempt, and how I came to realize that it’s okay to receive mental health services. It’s about my journey to finding myself more and being comfortable with telling others about depression and being a suicide attempt survivor. It used to be really hard for me to say that because I felt like my community was going to shun me because of it. There are still people in my community who don’t understand why I talk about mental health issues. I felt like we were taught to just pray everything away and for the longest time, that’s what I tried to do. My spirituality is another big factor discussed in my book. I had to figure out that you could pray and still see a therapist. God made those resources for a reason. I just go into a lot of detail about my experiences with depression and suicide and how I became a mental health advocate.

Can you tell us about what inspired you to create the app, The Safe Place?

The Safe Place is a minority app for the black community. It was established in February 2018. I created the app because I feel like we still have a serious issue in the black community when it comes to coming to terms with mental health issues. The black youth is suffering so much now with suicide. The rate is so high right now, the highest it’s ever been. There are just so many things that we haven’t dealt with because we feel like we’re supposed to be strong all the time or that white people only go through mental health issues. It’s killing so many of our people. 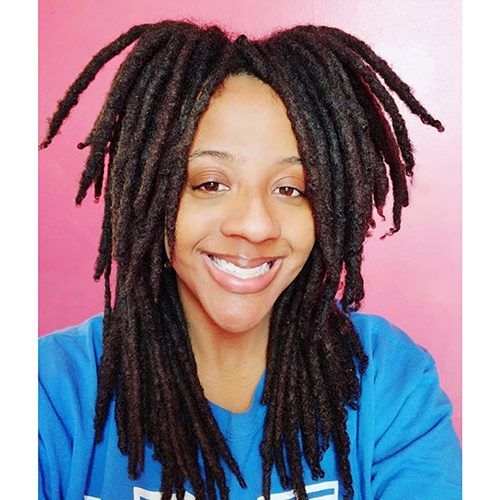 For more on The Safe Place and to stay connected with Jasmin, follow her on Instagram today!

All images courtesy of Jasmin Pierre | provided by The IPY Agency