Kellita Smith Gives Us the Inside Scoop on Season 5 of Bounce TV’s ‘In The Cut’ & What It Was Like Portraying the First African American Lead for Syfy Series, ‘Z Nation’

Comedic actress, Kellita proved early on back in the early 2000s that she was a force to be reckoned with when she portrayed Wanda McCullough on the Bernie Mac Show. Now, almost fifteen years later, she’s let us know that she does not plan on slowing down anytime soon! We caught up with the oh-so-talented, beautiful Kellita Smith to discuss the fifth season of Bounce TV’s In the Cut and what it was like being the first African American lead for the Syfy series, Z Nation. Check out our exclusive interview now!

Tell us what we can expect to see about your return to the fifth season of Bounce TV’s In The Cut’?

Well, when we left off there was a wedding. I’m always getting married but I’m not married (laughs). It’s funny because I’ve finally just been able to watch season four and I was cracking up! You can expect to see a great relationship that was formed by Jay (portrayed by Dorien Wilson and Cheryl (portrayed by Kellita Smith). We’re two proprietors of two businesses, a salon and a barbershop This relationship captured rhythm and balance, almost like The Honeymooners but unlike those times, they let women be funny now (laughs). I mean Alice was funny but she had to be the straight person. Bentley Kyle Evans, the creator of In The Cut and the writers are allowing me to actually take on being funny. I think Cheryl and Jay have a wonderful, delicious relationship and it’s the ups and downs of what it means to be two strong-headed people who happen to be entrepreneurs, who chose to find love a little later in life.

Would you say in someway you and your character Cheryl relate in some way or would you say that you all are complete opposites?

Oh my gosh! I’ve never been married so I don’t know how it goes (laughs). What I do share with Cheryl is the fun aspect of being able to be in a relationship with a man that you are attracted to, let alone a man that is on top of his game. Jay is on top of it! On top of that, he is also handsome with a little charisma. We don’t often see that kind of combination now, do we? (Laughs). 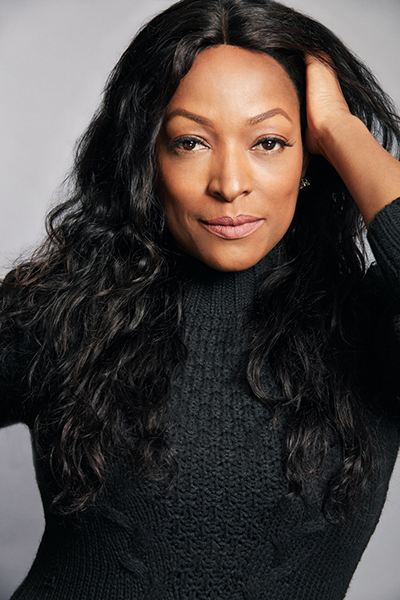 You also portrayed the first African American lead for the Syfy series, Z Nation. What was it like leading the pack and playing such an influential role?

It was amazing! It was nothing that I set out to do. I kind of just auditioned for this character and it wasn’t until the first season when the showrunner realized that, “Hey, there’s something about this chick.” Thank you, God! (Laughs). He had a vision and he basically turned me into a leader. I wondered if it was really that easy (laughs). I’m new to the whole horror/drama. I grew up in the inner city so a zombie was a crackhead (laughs) I didn’t want to play it on television! Living the apocalypse was nothing that I wanted to do. Once I got in it, it became this experience to be able to see what I had within me if I was in this situation. It became real to me while filming; I kept thinking, “We got to get out of here!” At the strong point, it was one of my most proud moments because I had no idea that there wasn’t an African American female lead on that network. I always thought that Nichelle Nichols but she was was the third in Star Trek. For me to be the first and to be the leader was amazing. When God gives it to you, it’s yours.

What can we expect to see from Kellita Smith in the future?

Yes and no (laughs). Yes, there are things on the table, I have a few things that are transpiring right now so I don’t want to “jink” it even though I don’t believe in it. What I will do is circle back to SHEEN Magazine and let you all know first! 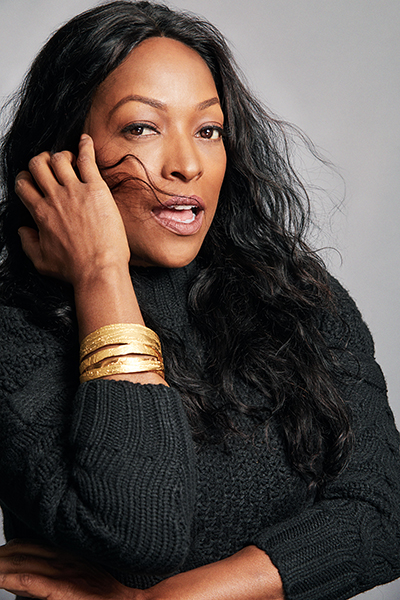