King Bach Shares His Exciting New Roles, Giving Back, & Tapping Into the World of Music!

It’s quite obvious that Andrew Bachelor, popularly known as King Bach has become a hit sensation over the past few years! With his hilarious acting roles in hit films such as When We First Met and To All the Boys I’ve Ever Loved, he’s kept us laughing for almost a decade! We caught up with the actor and producer to catch up on his exciting new roles in entertainment and to discuss his passion to give back through his clothing brand, Thinking of Youth!

Tell us, what inspired you to tap into the entertainment world as an actor, producer, and content creator?

It’s just been a dream of mine ever since I was in the third grade. I didn’t know what it was called when I was that young (laughs) I just knew I wanted to do what they were doing on television.

What can you tell us about Netflix’s upcoming science fiction-adventure film, “Rim of the World”?

Basically, it starts off as a kid’s camp movie but it turns into a crazy adventure of an alien invasion.

How was your experience in Netflix’s comedy film, “Coffee and Kareem”?

It’s great! It was my first big role in an action/comedy type movie so it was a lot of fun doing stunts, shooting guns, explosions, it’s really crazy! I can’t wait to see the outcome of the film!

Tell us about the inspiration behind creating your clothing line, Thinking of Youth.

The inspiration behind that was when I realized that kids really are the future. How was raise kids today really shape how they are in the future. I wanted to do a clothing brand symbolizing that. 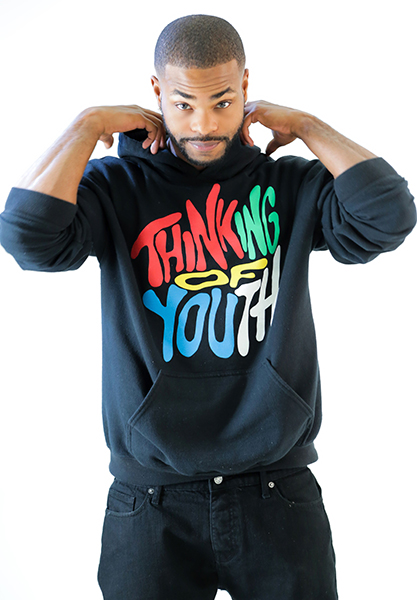 A portion of the proceeds for Thinking of Youth supports your non-profit foundation, which is doing their annual trip this month. What can you tell us why that is so important to you?

I’ve been doing this charity trip since 2003. I’ve always loved giving back. It’s a real joy. We have actors come out and do an actor’s workshop; we have athletes for a sports camp where they teach the fundamentals of basketball, football, and baseball. We also have a self-esteem workshop; the scholarship program where the kids write essays and the top essay wins a scholarship to college.

Tell us about your new single and why you decided to get into the word of music?

I’ve been working on a comedy album for three years now and I’ve just had time to release music but I wanted to do something different from everyone else and what they were doing. Music nowadays is a bit depressing and I wanted something uplifting, fun, light, and nothing serious.

You have so many upcoming projects that we know about but what can we expect to see from King Bach in the future?

The comedy album will be dropping soon! It’s going to be a visual album, like my Beyoncé! Stay on the lookout for more exciting projects! 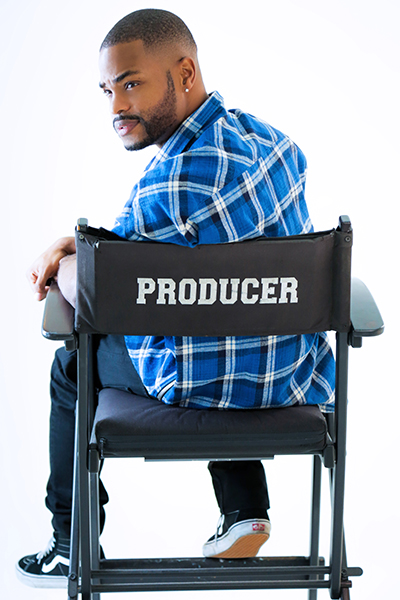 For more on King Bach, visit his official website today!

All images courtesy of King Bach | provided by Persona PR