LaMonica Garrett on Being Arrowverse’s The Monitor

Actor, LaMonica Garrett is best known as The Monitor in The CW’s Arrow, The Flash, DC’s Legends of Tomorrow, Supergirl and Batwoman and it’s clear to see why his fans love him so much! The talented actor is not only humble for his journey to success but also exmplifies that hard work and dedication will indeed get you far. We caught up with Garrett to discuss his experience as The Monitor and find out what other projects we can expect to see him in.

I grew up in San Fransisco. I played football and initially wanted to become a football player, I grew up loving the 49ers. I used to take part in my school’s drama productions. Football was my life but once it was over, I knew that I wanted to pursue my passion for acting. I went to Los Angeles to pursue acting and it just stuck. Now I’m doing what I love doing.

What has it been like portraying The Monitor in the Arrowverse?

Growing up, I knew a lot about the story and who The Monitor was. I didn’t know I was going to be him until after I had gotten the role. I didn’t have the pressure to do more than what I needed to do. To me, it was just another audition. When I found out that it was The Monitor, I got excited and it seems like as each month passes, it gets better and better. I didn’t know it was going to be The Crisis on Planet Earth crossover coming up, I just knew I was going to play The Monitor for three or four episodes but it kept unfolding. It’s been one of the best experiences of my career. 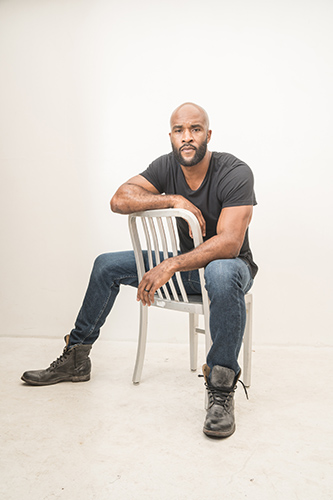 Can you give us insight into what we can expect to see in the film, Primal set to release this month?

To me, Primal is a fun movie! When I read the script before I signed on, it felt like a fun action thriller, it reminded me a lot of the ’90s movies I used to love to watch. When I went to Lionsgate to see a screening of it, that’s exactly how it turned out. If you have that nostalgia of like old school, fun action thrillers, this movie was made for you!

Are there any projects you could tell us about?

I have a film called Clemency that will be out in December. Call of Duty just came out and I am one of the characters in that. Primal is coming out in November as well. Next year is up in the air. For the last couple of years, I was so time-consumed with all I was doing but it will all be over soon. Who knows! Every time I get a month or two downtime, another fun project comes around and I’m right back in it. 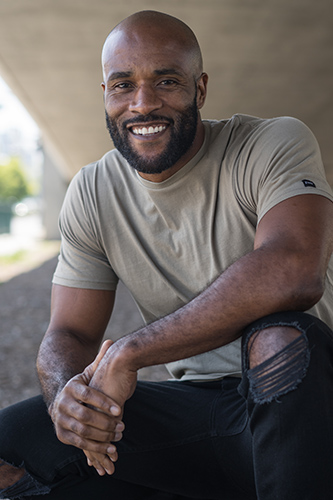 All images by Bobby Quillard