LUPUS AWARENESS MONTH: Go Purple With 24-year-old Lupus Warrior Alexis Baldwin As She Fights And Advocates For Her Chronic Illness

Life took an unexpected turn and changed drastically for Baldwin on April 25, 2018, as she visited a new rheumatologist and was diagnosed with the autoimmune disease, lupus.

Lupus is a widespread and chronic life-long autoimmune disease that for unknown reasons causes the immune system to attack the body’s own tissue and organs, including the joints, kidneys, heart, lungs, brain, blood or skin

The immune system normally protects the body against viruses and bacteria, and other foreign materials. In an autoimmune disease like lupus, the immune system loses its ability to determine the differences between a foreign substance and its own cells and tissue. The immune system makes antibodies directed against self. Big names in the world of entertainment suffer from Lupus including Selena Gomez, Lady Gaga, Toni Braxton, Nick Cannon, to name a few. As we wrap upLupus Awareness Month, I sat down with Alexis Baldwin to discuss her fight and passion to be an advocate for her chronic illness. 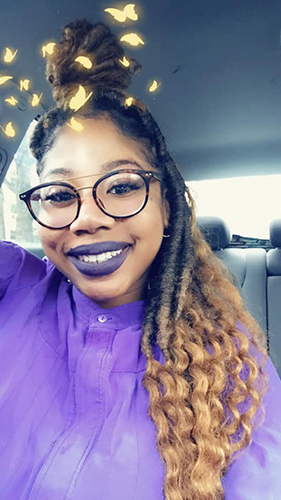 “My symptoms emerged out of nowhere,” Baldwin said. “My first signs of the chronic illness were blood clots on my hands and feet and mainly towards the tips (Osler’s nodes). Although, in the beginning, they seemed so harmless, they shortly became extremely painful to the touch often making it so painful just to do simple tasks like picking up an item or turning a doorknob.”

She says maybe within a short months span she started experiencing a lot of inflammation and joint pain in her hands and feet. Although at the time she was just 23, her joints made her feel like she was an 80-year-old woman suffering from rheumatoid arthritis another chronic autoimmune condition.)

The Waco, Texas native says that she has never wanted sympathy, that she in fact just really wants to shine more and more light on and educate as many people as she can on the chronic illness.

She held her first #LupusAwarness event on May 10 entitled ‘Life With Lupus’ in Houston, where the goal was to help spread awareness to the invisible illness and help reveal some of the daily struggles lupus patients go through that many don’t see. 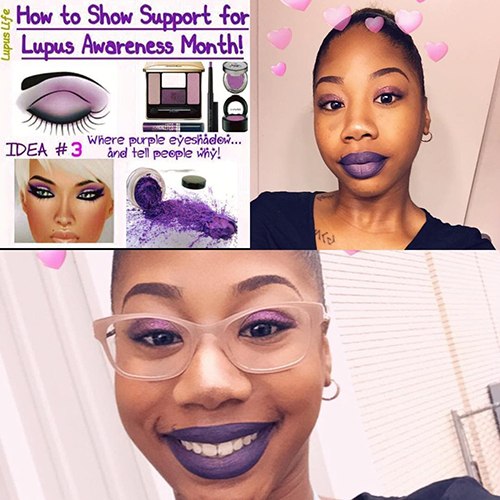 “This event was extremely important to me because I got to not only educate many people on what lupus is, I got to send a friendly reminder to many that not all disabilities are visible, therefore they should try not to judge a book by its cover.”

Often times when you have an invisible illness its hard to explain to someone who doesn’t have a clue. It can be a daily struggle being in pain or feeling sick on the inside when you look fine on the outside.

“I get the “you are really pretty, I can’t even tell you’re sick” all of the time and sometimes I just really want to tell them, if only we could switch bodies for a week, I’d bet you’d want to give it back,” Baldwin said.

Some of the symptoms she and other Lupus warriors experience are low mood, fatigue, red rash over the cheeks and nose, sharp chest pains, sharp pains in the kidneys and lower back area and joint and muscle pain.

The different types of lupus’ are discoid lupus (condition of the skin), systemic lupus (what is usually meant under the term lupus affects any body tissue and organ, and drug-induced lupus (hypersensitivity to certain medications.)

Speaking of medications, they can be pretty expensive for a lupus warrior! Baldwin says the disease has literally put the largest financial burden on her that she’s ever endured.

She can go from paying over $200 for medications to paying $100 each time she sees one of her five specialists, to not being able to afford the $1,000 injections. Not to mention, she has regular day-to-day bills like the average adult.

During your early 20’s most people want to go out to parties and hang out with their friends as much as possible, but Baldwin says since being diagnosed her social life has gone completely downhill.

“I often have to cancel plans with my family and friends because I am just too tired to get out of bed or my joints are somehow affecting me and restricting me from normal movement.

She went from being up bright and early every day, hiking, being active in sports and just getting up and going whenever she pleased to now barely being able to get out of bed without feeling like she has run a full marathon.

Another one of the lifestyle changes she was not exceptionally fond of was the cutting out of eating red meats.

“I love my red meats, but oh how they affect my lupus,” she said. ‘It really sucks, but I quickly begin to experience really bad inflammation after consuming them.”

She expressed that changing her diet has been tough, especially because she is a foodie and usually enjoys eating everything in sight!

With all that Baldwin has gone through within the past year, it could definitely drive you insane and make you want to just give up, but she says it has actually helped her learn to love herself more than she ever has!

She has gained so much more strength, dedication, and determination. Though she and millions worldwide experience excruciating pain from lupus daily, she refuses to let it be the dictator of her life decisions.

In the midst of her health battle, she created her own business called ‘Fly Flames.’

She creates really cool lighters with creative designs of the person’s choice on them. She has even created a few with your favorite celebrities on them, blinged out ones and even some that glow in the dark! 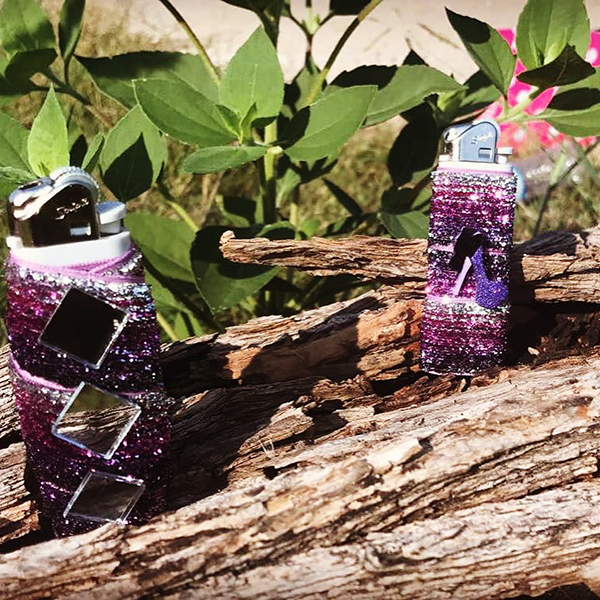 “I had to take a year off due to my health, but I am happy that I am back in the position to do what I enjoy,” she said.

She is unbreakable, to say the least!

Although she has been suffering for nearly two years, it is still new to her and she is still learning, but she is taking steps to do her very best to continue to bring light to the chronic disease so more people are aware of how it not only affects the lupus warrior, but it affects their family and friends.

“I am a young adult battling a chronic illness that I and other luppies pretty much have no control over, it makes a difference when people are open-minded and not judgmental,” she said.

The month of May is dedicated to spreading awareness on lupus, so each year Baldwin will continue to share her story and facts on the illness on social media and possibly bring back her ‘Life With Lupus’ event.

“Lupus does not yet have a cure, but if we all work together with the work of God, I know that there is no limit to what we can achieve.” – Alexis Baldwin

I’m grateful for my support system! Not only do I do this for me, but I do it for you guys! I thank God for placing such wonderful people in my life that support me NO MATTER WHAT! I could never thank y’all enough. Here’s to another year of KICKING LUPUS’ BUTT!

Still praying and fighting every day for a CURE!

All images provided by Alexis Baldwin