We know and loved MaameYaa Boafo when we first saw her on hit television productions such as Madame Secretary, The Blacklist, and much more but now she’s giving us every reason to love her even more in her latest project, Bluff City Law. Of course, we had to get the inside scoop on all the actress has been up to, her role in NBC’s new drama, and how her new role as a bad ass PI differs from all she’s portrayed thus far.

Tell us about your role as Briana Johnson in the new NBC drama, Bluff City Law.

Yes, I play Briana Johnson, I am the PI to Strait & Associates. I also happen to be Sydney Strait’s best friend. The two grew up together so they know each other the best. Briana is very good at her job. She isn’t afraid to ask questions and does not let people get in her way. I’m pretty bad ass, if I do say so myself (laughs).

How would you describe your experience on this new project compared to being on The Blacklist, Chicago Med, and Madame Secretary?

Well, this is my first series regular appearance in the states. It’s awesome to be able to develop my character each week and find out more stuff about her. When you’re a day player or have a guest spot on a show, once the episode airs, that’s the end of your character’s journey for the show. It’s awesome to be able to grow and stretch my muscles in becoming Briana. I had wonderful times on Blacklist, Madame Secretary, Missions of Laura, American Odyssey and Chicago Med. My first television job was Madame Secretary, it will always be very special to me. My very first guest spot was Chicago Med, it was awesome to be able to live in that character a little longer. Every set that I’ve been on, everyone has been so kind and gracious to welcome me into their world and television family. I’ve learned to always want to make others feel welcome on our set because they’re adding to our story. It’s awesome to be apart of a television family and feel so welcome whether it’s people coming on our show or whether it’s me going on someone else’s show. 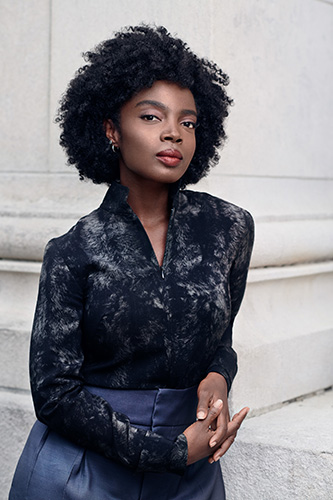 How were you able to connect with your character, Briana and bring her to life on-screen?

I grew up in a very humanitarian home. My dad worked for a refugee agency where he would find housing for refugees so that’s always been in me, serving people. I’ve always moved around a lot so I have always been “the new girl” or the only black girl. I’ve always been some person who didn’t always fit in with the majority so I know what it feels like. I felt like I wasn’t seen or wasn’t heard in certain aspects. When you’re on a show that is specifically doing civil rights cases for the underdog and people who feel like they’re not important enough, I feel that. I can relate and to be able to help them as my character and as an actress. To be on a show that emphasizes that and tells people that you are not forgotten, means a lot to me. Our show is an outlet for getting those resources out. Every episode is based on a true headline. To be part of something that gives hope to others to those who feel helpless is something that drives me as an actress and as Briana.

I cannot say anything right now but stay tuned! 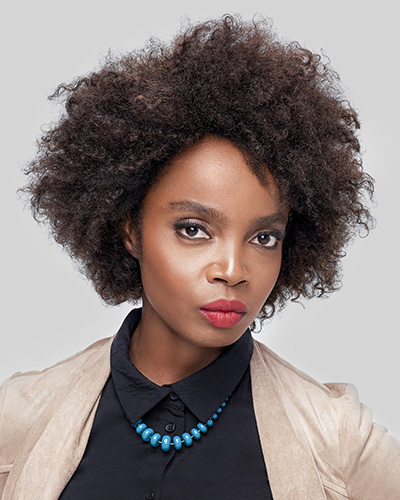