In her lyrics and with her powerful voice, Malynda Hale is known for her platform to inspire others and bring light to the important issues in society today. In this exclusive interview with the music maven, we discussed her the loving lyrics behind her NEW song, “The La La Song,” her new podcast, #WeNeedToTalk, and her musical journey.

Tell us about yourself. What inspired you to get into the music industry?

I grew up singing in church and I was always exposed to music because my dad was a musician. We always listened to Motown, Whitney Houston, and a lot of gospel music. I distinctly remember when I was five-years-old, I saw Whitney Houston on television singing the National Anthem at the Super Bowl, I said I want to do that! From then on, I began taking piano lessons and writing my own songs while continuing to sing in church. I also did musical theatre throughout elementary school and high school. I went onto getting my degree in music and vocal performance with an emphasis in opera, which is very different for a pop singer to do, but I wanted to get really good training.

I’ve always known that music was what I wanted to do with my life and I wanted to make sure I had the best training and education in music possible so that I could continue to be the best at my craft. One of my teachers said, “When you know what you want to do, make sure you’re good at everything but be the best at one thing so I chose singing to be the best at. I’ve learned all the different aspects as far as the music industry goes. Its been a long journey but my dreams, career path, structure has truly never changed. Its always been entertainment and music, I have dabbled in a bunch of stuff. I’ve done a lot of acting, commericals, television films, independent films, and all that but music is always the thing that I go back to. Its been such a big part of my life and is the best way I know how to express myself. 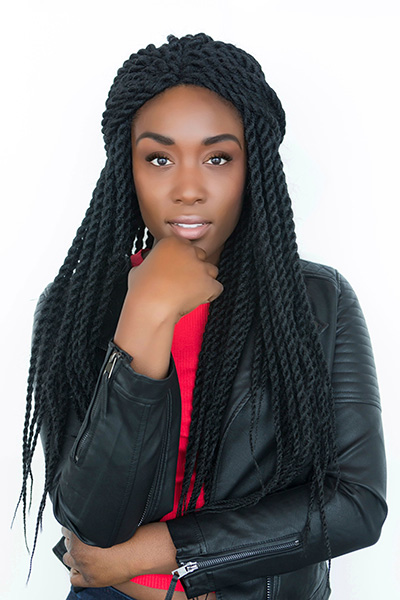 Tell us about your new podcast, #WeNeedToTalk in collaboration with comedian/entrepreneur Karmel Humphrey.

People that follow me on social media know that I am incredibly outspoken. I’ve always been very vocal about the things that I am passionate about and how I feel about certain things. As the political climate in the country has changed and so many other issues have been brought to our forefront with just the day in age of social media. I knew that I had an opportunity with speaking my voice through my music and conversation to reach as many people as possible. I started this panel discussion series at my church called, We Need to Talk and we do it every couple of months. I basically just take an important topic, take six people that are pretty much experts in that topic, and then we have a panel discussion with an audience. We started by having a two-part discussion on racism and on our next series, our discussion is going to be on the LGBTQ community in the church. After every discussion, people were saying we could’ve had the discussion for hours so I thought about turning it into a podcast. I love talking, having conversation, but I love having deeper conversation with people and trying to figure out why people think the way they do, how we became so divided on certain issues, and how people got to that point.

I’m really excited about this project, Karmel has been a good friend of mine for many years and although we’re similar on our views, we approach them differently. I’m excited about the dynamic that the podcast will bring and the ability to use my voice in a way outside my music.

You just released a new song titled, “The La La Song.” Tell us a little about that and the inspiration behind your loving lyrics.

Most of my music as of late has been very inspirational, social justice, and empowering because that’s just who I am. I wanted to take it back a little bit to one, remind my husband that I still love him and I’m not just an activist (laughs) but also because music is such a powerful tool, I think its important to do music that does have message but also make people feel good, and remind them that there are things to be happy about. I wanted to release something that was a little bit more fun and loving and its pretty much dedicated to my husband but I wanted people to feel good and be happy. 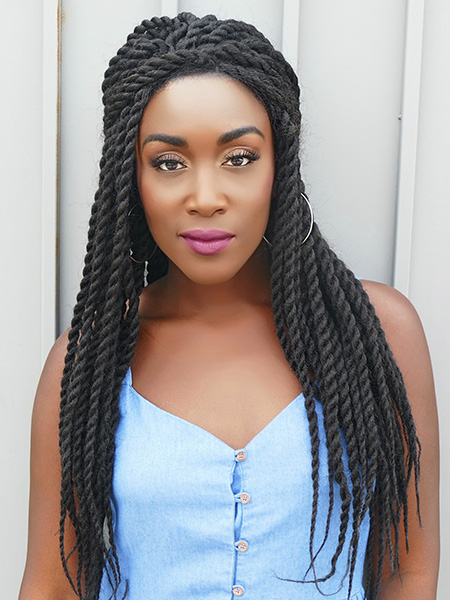 Stay connected with Malynda Hale by following her on