Pop star, Mapei is a force to be reckoned with! Not only is she quickly making a name for herself in the world of music but shes garnered the support from popular artists such as Chance The Rapper! With the release of her upcoming album less than a month away, we had to speak with the music sensation to discuss all the details!

Before I was born. It is in my parents DNA .

Tell us about your single “Don’t Wait.” What inspired the creation of it?

Brazilian dates and snap music slash grunge dive bars . I remember going to a specific club all the time and catching my at the time fling with other girls all the time . Before that magic was gone I always wanted to impress that him in that club environment. So I was really keen on listening to the music that was played there . It was always reggaeton and dancehall. However it was surrounded by hardrock clubs so. I really captured the vibe of that area . This is in the oldtown part of Stockholm,  Sweden.

You teamed up with Chance The Rapper for the remix. What was it like working with him?

He loved the song. My label hooked it up. He played with his band and it became fire. I never met him. But I heard that he listened to the song over and over . I feel like I would have been really good friends if we met.

How would you describe your music?

Natural mystique. Scenes of decadence in the night meets romantisism. A slowmotion array if thoughts and memories on a piece of socalled paper and the paper is the recording. I usually capture my melodies and find words to them after. So what you hear is raw emotion mix with an accumilation of my stories that have been stored in my heart.

What do you think makes you stand out?

My melancholy and sense of humor . It always saves me and others from hardships . Reality meets dreams. It is so complex . I really do not toot my own horn. But I feel special. I deserve my spotlight. I am extremely passionated and have learned to craft from my soul.

Give us insight into your album Sensory Overload. What can listeners expect to hear?

A more mature eclectic sound with mix of heavy beats and big tunes. HITS! Complex lovesongs . Maybe Im naive but I believe in purity and honesty of the soul. I cannot lie sonically. This is a blueprint of my footsteps on this earth. Lyrically I learned you can say whatever. I manifest alot on this album. In the song Visions ( which I named after the london club) I manifest me on an island with my skin shining like a thousand diamonds . Can’t we all just be fab?

What can we expect to see from Mapei in the future?

No rest! I will not disappear for 4 years . I want to be qualitative and produce more and more for the people! 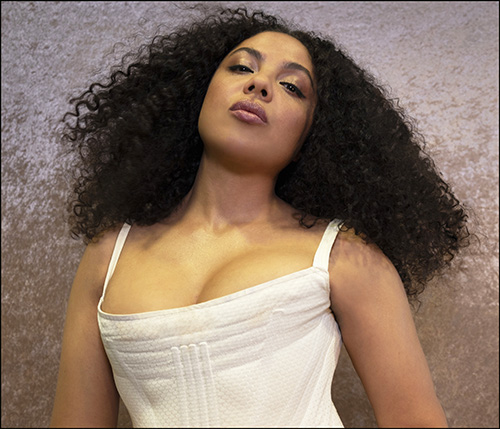 All images by Niko Noir