Married to Medicine: LA Star, Asha Kamali Discusses All the Many Projects She’s Tapped Into

You know and love her from Bravo’s hit series, Married to Medicine: LA. As a fan favorite, her audience loves her for all the different projects she’s taken on top of being a wife to her husband, Dr. Larry Blankinship. Check out our exclusive interview with Asha Kamali now as she discusses her experience on Married to Medicine, life as an actress, creating a non-profit day at Howard University, and more!

Well, I’m originally from Chicago and my mother is an artist so I grew up in a very artsy community. I started in dance and theater as a child and that was kind of the only thing I was good at (laughs).

I went to Howard University and majored in fine arts and communications. I actually moved to Los Angeles to be a dancer, that’s what kind of took off for me. I was dancing professionally and did some music videos with Desinty’s Child, Madonna, became Keke Palmer’s choreographer. I got kind of old to be a dancer (laughs) I realized, my real passion was theater and acting. I went back to school to get my Masters in theater. I wanted to take control of my own career. I wrote a web series and produced it. That’s kind of my story in a nutshell.

How has experience been on the hit show, “Married to Medicine: LA”?

I think it’s interesting because I’m not used to unscripted work. I’m so much tied to the page and the words. A lot of people thought that it would be an easy transition for me but it was quite difficult because that’s not the medium I’m used to. It was a fun experience because it’s something I didn’t think that I would do. Its always fun to challenge yourself outside of what you envisioned. I got to hang out with a lot of my friends, my best friend, Dr. Noelle Reid was on the show with me so that was fun. At the end of the day, I didn’t want to have the thought “what if I didn’t do it?” Its been a fun process, it has had its challenges like everything else.

Tell us about the idea to create the digital series, “Milk + Honey.”

My friends and I are all from Chicago. One of my friends is a director and another is a producer, we all wanted to work. We figured that since we were in Los Angeles, we should create a show. Almost nine years ago, we got together, wrote it, and just knew that we wanted to see images of ourselves. We wanted to see people that looked like us and had our stories. We love Sex and the City but we didn’t see us. These shows like Insecure or Scandal didn’t exist at that point. We just wanted to talk about what it’s like to be in the moment before you have it all, the journey. In a lot of shows, the ladies already have it all. Our show is questions if time is running out, is there an expiration date to your dream?

What made you want to create the non-profit day, Howardwood?

I went to Howard University and I really loved it! My grandmother went there, my sister, my cousins, and when I got to Los Angeles, so many people in the entertainment industry went to Howard. One of my mentors, Debbie Allen went to Howard too! I noticed that I had this relationship with her but I noticed so many graduates weren’t connected. My sister and I went to an event called Harvardwood and we were so inspired that they were all connected and they were helping young professionals get into the entertainment industry.

My sister and I created Howardwood in 2010, we have sponsors such as NBC, BET ,and FOX. It’s a day of networking with people in front of and behind the camera. The idea is to provide access and information to students at Howard University. These students are so talented and so smart but they may not know how to get a job after school, they don’t have the information.

Tell us we can expect to see from you in the future?

Well, its interesting because I think I am just getting started although I’ve been acting and I have been in Los Angeles now for over 15 years. They say it takes 15 years to become an overnight success. For me, I’ll be writing. I’m working on a project right now. We’re working on Milk + Honey, we just got put onto a new streaming platform. I want to constantly be able to create work for myself. I also love to work on other people’s projects because I love collaborating! 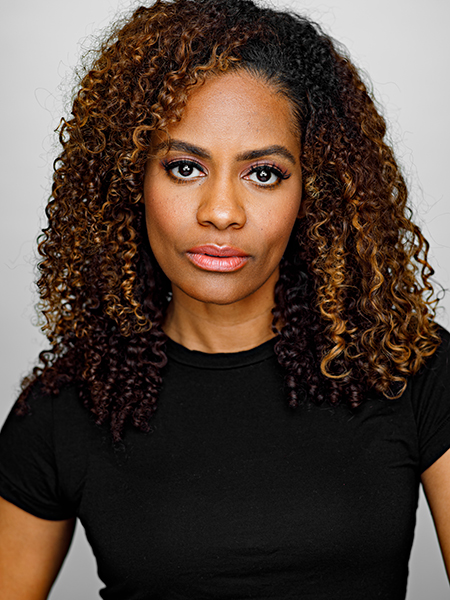 Stay connected with Asha by following her on

All images provided by Status PR