If there’s one word, to sum up, the film LITTLE– starring Marsai Martin, Regina Hall, and Issa Rae – it would be magical. From the transformation of Hall’s thirty-eight-year-old character into a middle schooler to Martin’s behind the scene talent as an executive producer, Little is a must-see comedy, filled with black girl magic.

Known for her role as Diane on the ABC comedy series Blackish, Martin conceptualized LITTLE, by putting a spin on the 80s film Big, and pitched it to blockbuster hitmaker Will Packer. She was only ten years old but had been acting in commercials and sitcoms since the age of five, so the NAACP Award winner wasn’t short on confidence.

“Being just ten, you kind of don’t think that hard,” Martin jokes. “I didn’t see it as something that was impossible.”

Today, at fourteen, Martin is the youngest executive producer in history. In LITTLE, she plays the younger version of Regina Hall’s character, the boss from hell, Jordan Sanders. After several tirades, Jordan is cursed by a little girl and magically turns into a thirteen-year-old, where she is bullied to no end. Martin says she could relate to the character because she was also bullied in school before becoming homeschooled.

She offered advice for anyone who feels singled out, “You don’t have to change who you are for anyone. If they don’t like you for whatever reason, just leave them in the past.”

While acting like an adult in a child’s body, Martin convincingly channels Hall’s over-the-top bad behavior, especially so in a particular scene where she battles it out in a school parking lot with her assistant April, played by Issa Rae. To prepare for the role, Martin said she watched veteran actress Hall practice her scenes beforehand, but explained that being in the entertainment industry around so many adults made playing one easy.

“I didn’t have any inspiration. I just wanted [Jordan] to be different,” Martin says. “A mean type of boss that nobody wants.”

Martin said working on the film was “lots of fun,” and she wants the audience to enjoy the important messages in the movie.

“Expect a lot of black girl magic, second chances, and sisterhood,” she says.

The young starlet plans to continue spreading her magic in front of and behind the camera. Martin’s production company Genius Productions is developing the movie StepMonster, in which she plays the role of a teenage girl adjusting to life with a new stepmother. Blackish is currently in its fifth season, and LITTLE hits theaters on April 12, 2019.

Check out photos from the blue carpet premiere of LITTLE in Los Angeles below! 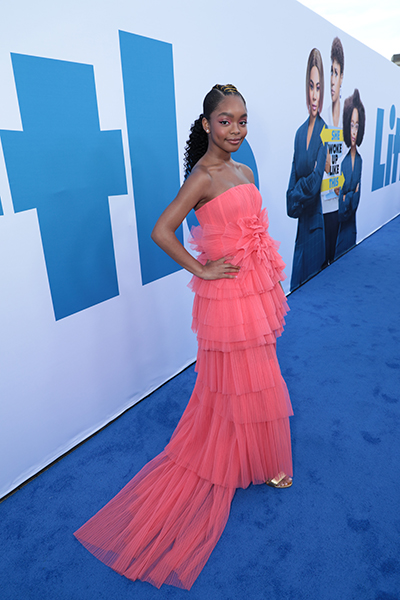 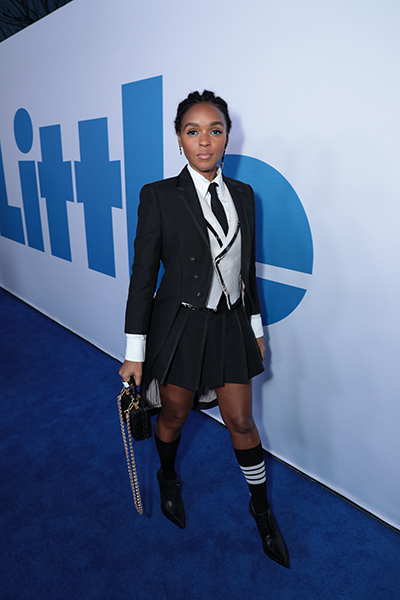 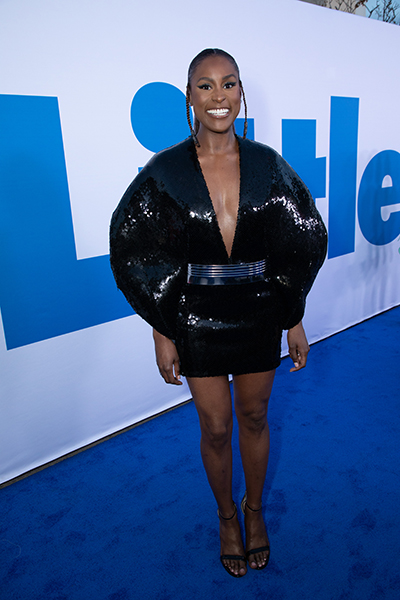